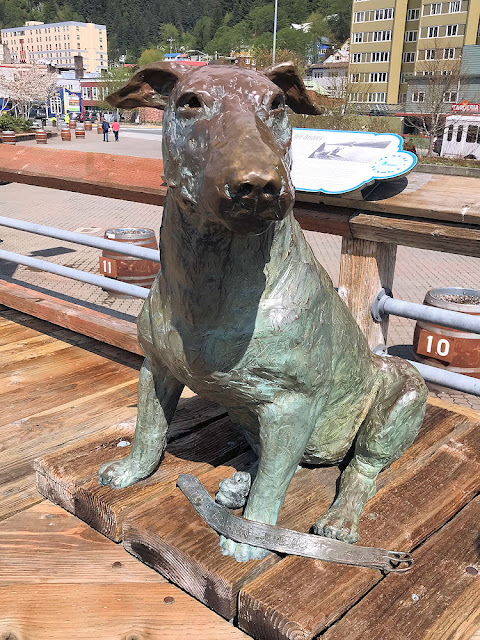 This is Patsy Ann. The collar that lies across her foot is symbolic.  The one time I read of Patsy Anne being given a collar, she got rid of it as soon as she was out of sight. Even though someone had put a collar on in a few of her photos, I smiled at those photo ops knowing that they would soon disappear.  And here she is, still watching the ships come in, as she did all those years ago. 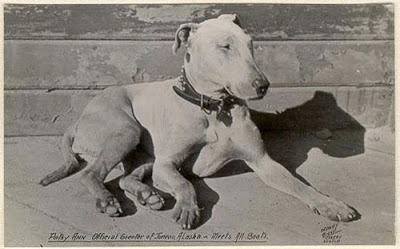 (all my old photos I found online)
I was drawn to the statue immediately, as my father's mother had a Bull Terrier in the 1940s, and I have many old photos of my grandmother and my dad with Tony. Even though Tony was long gone before I came along, my dad told me stories of him.  He became part of me through those stories and photos, and so Patsy Ann is now part of me too, in heart at least.  I felt quite moved by her story. 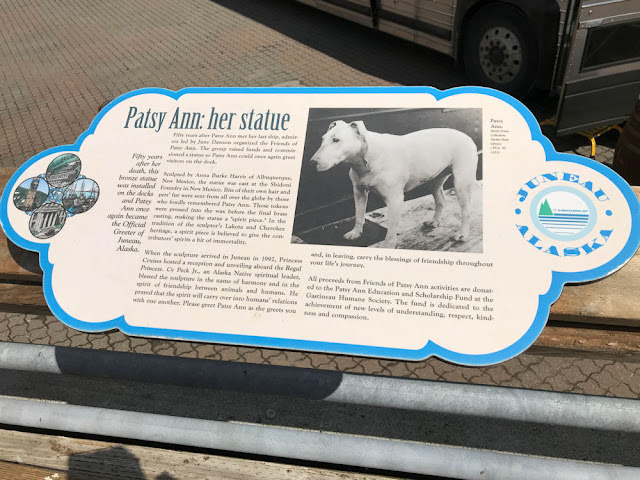 Her statue wasn't erected until 50 years after her passing. 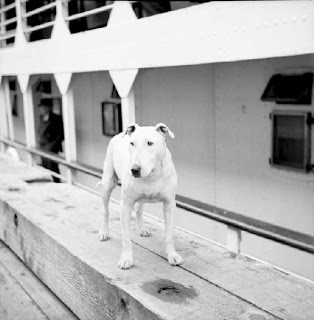 Patsy Ann was a purebred white Bull Terrier born in Portland, Oregon in 1929 and sent to Juneau - by ship - to be the companion of two little girls.  Patsy Ann proved to be too challenging for this family, on top of the fact that she was deaf.  Her owners gave her to another family and I was sad to read that this family abandoned her. 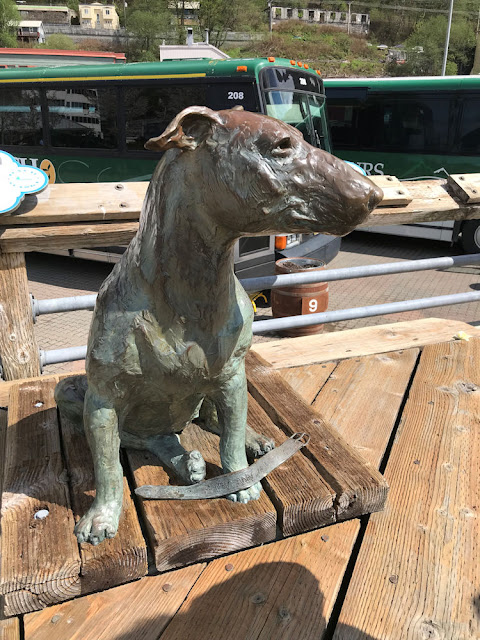 She began roaming the streets living on handouts and sleeping where she could, often with sailors.  She became well known in Juneau, especially when dock workers noticed her special talent.  Despite being deaf Patsy Ann had an uncanny ability to know not only when a ship was due, but on which dock it was going to berth.  Townspeople would follow behind her when they saw her heading to the docks, where she would stroll and begin pacing.  Sure enough a ship would come into view.  She was never wrong and some people speculated that she sensed the vibrations of the ships' motors.

One of the stories that really amused me, was that one morning the townspeople were given information and stood at the dock a ship was expected.  Patsy Ann strolled up, took one look at the crowd, and trotted off to another dock.  It was at that dock the ship arrived.  She became the most famous dog west of the Mississippi, and kindhearted travelers began to look forward to seeing her, throwing treats out of portholes for her to gobble up.  She dined very well. 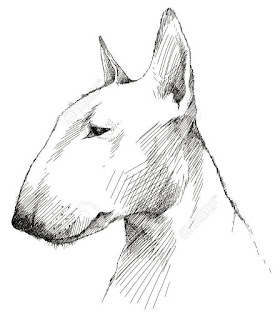 Patsy Ann was named the town's official greeter by the mayor.  When Juneau passed a law requiring dogs to be registered and tagged, townspeople collected funds to buy her a tag and collar.  Patsy Ann thumbed her nose at that, figuratively speaking, and got rid of it as soon as she was able to.  Wisely Patsy Ann was given an official exemption to the new law. This sweet little dog was celebrated on t-shirts, post cards and in time there was a book about her life.  Her photo also appeared on postcards, and she was soon more photographed than Rin Tin Tin. 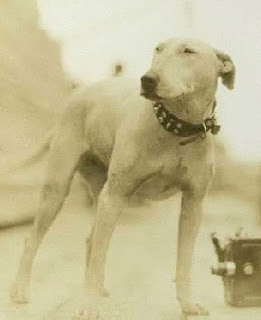 She passed over the Rainbow Bridge in 1942 and was buried at sea.  Half a century later, her life was celebrated with a statue sculpted by Anna Burke Harris, honoring her memory.  I was directed to this short video about her on YouTube.  If you can't see it you can click on this link.

Patsy Ann touched many lives and became a legend in Juneau.   Even though she belonged to no one, the whole of Juneau seemed to look out for her.  As well as greeting those ships she could be found in the lobby of one of the fine hotels, or the dark corner of a saloon, or hanging out at the Longshoreman's Hall, but she really preferred to be outside and was said to enjoy life on the docks. 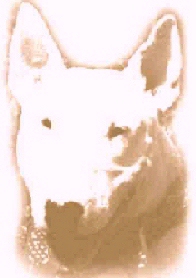 She would probably be wagging her tail that so many people love her to this day.
You can read more of her story here.

Posted by DeniseinVA at 8:37 PM