THAILAND'S RESCUE OF THE WILD BOARS 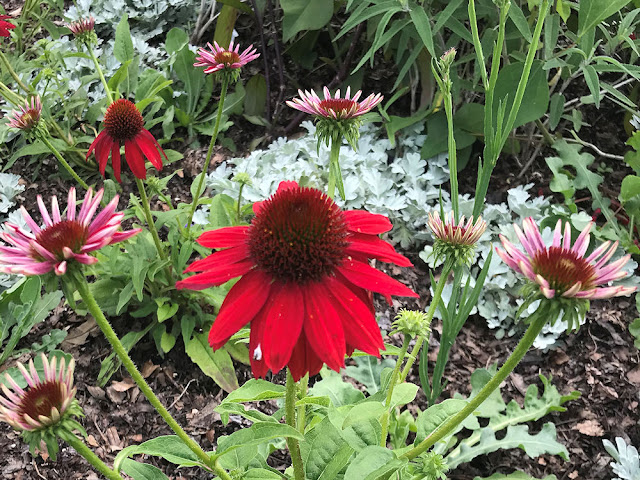 "If you look the right way, you can see that the whole world is a garden."

Today I wanted to mention how happy I am for the people of Thailand, for the families of those young boys and their young coach trapped in the caves in particular, who have now been rescued.  I have been following this story since it began, each day hoping for good news.

When I heard about the volunteer diver who was once a Thai Navy Seal, Sgt. Major Saman Gunan, when he lost his life, I was horrified and greatly saddened for his loss, and for his family.  It brought tears and also the realization how very dangerous this rescue mission was.  He was a brave man, all the rescuers were/are.

Then the news of volunteers from around the world coming together to help.  It gives one hope, this whole story was one of hope. Whenever a disaster happens humanity is at the forefront, it melds together and all the negative factions disappear. Those who would have us believe otherwise usually have an insidious agenda, and they momentarily disappear in a puff of smoke. With everything else going on in the world we needed a happy ending, and I fervently hope there will be more happy endings.

The country of Thailand and its people are a good example for us all.  No one is pointing fingers, no one is condemning.  All the families of those children encompass so many wonderful qualities,  non-judgement and love being two.  Amazing people, and those sweet young children whose soccer team is called the Wild Boars, when cleared by the medical personnel, will soon be home. I borrowed an artist rendition of an illustration that is making its way around Thailand. 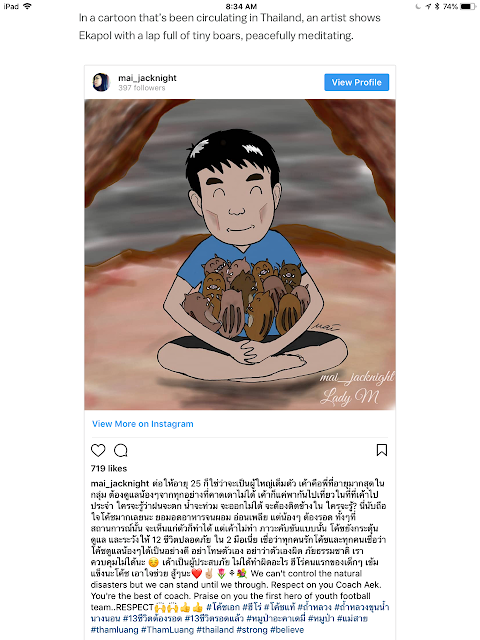 The young man, Ekapol Chantawong, who is holding the young Wild Boars in the illustration, is their coach.  He was the weakest when found, giving the children all his water and food in the early days, taking none for himself. Only 25 years of age, he lost his whole family to a disease that went through his village when he was only ten, was a Buddhist Monk for several years, and taught the children meditation to keep them calm.  He kept those children safe until they were rescued.

Posted by DeniseinVA at 5:39 PM