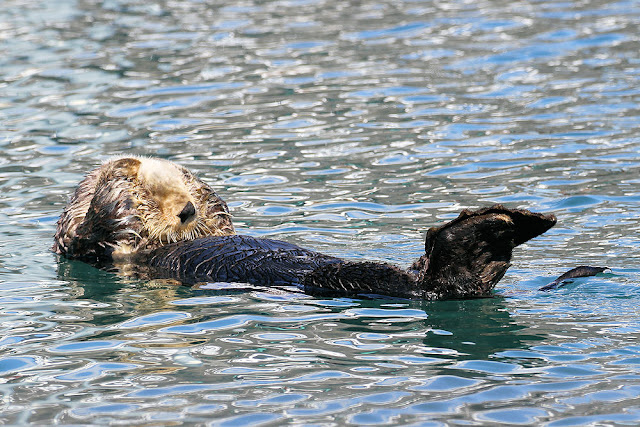 These are the sea otters we found in Seward, Alaska.  They were floating in the marina, a family of four.  I posted about them here.  If you scroll down that page you will see them. 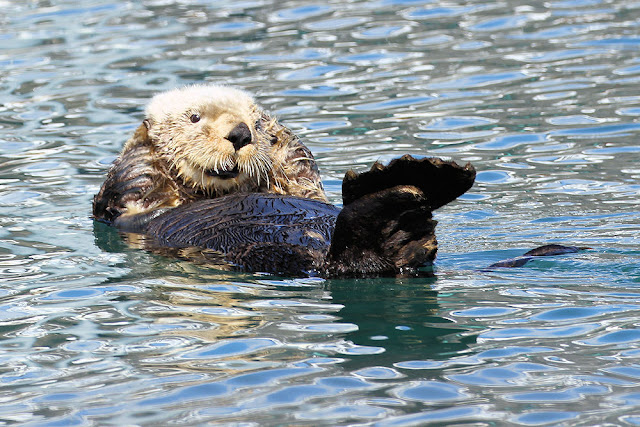 The first Sea Otters were discovered by Georg Steller in 1751.  Steller was a botanist, zoologist, physician and explorer who worked in Russia, and who is considered a pioneer of Alaskan natural history. 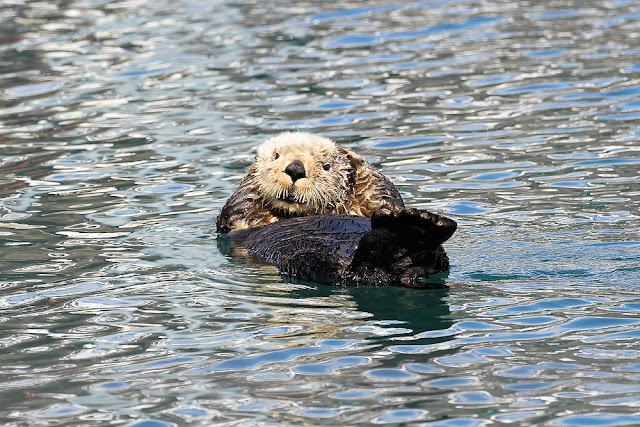 Weighing as much as 99 lbs., the sea otter is the heaviest member of the weasel family. 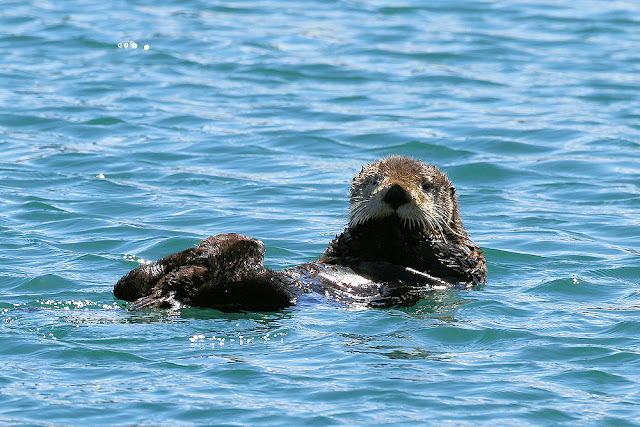 Sea Otters are polygamous.  While mothers and pups are usually solitary, Sea Otters can form groups of up to a dozen. A group of up to 2,000 is the largest ever recorded. 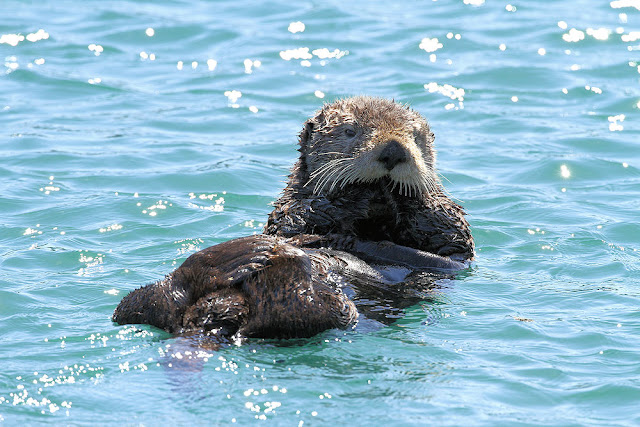 Sea Otters can live their entire lives without leaving the water. 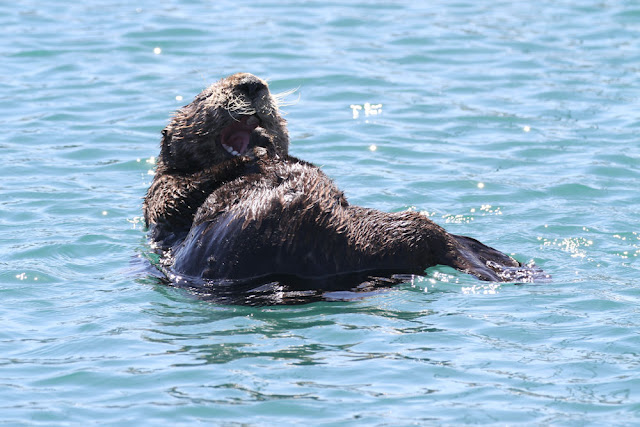 While extremely agile they are slow swimmers.  They spend the majority of their lives on their backs, flipping over onto their fronts when greater speed is required.  To swim faster they use their webbed feet for propulsion, and undulate their bodies. 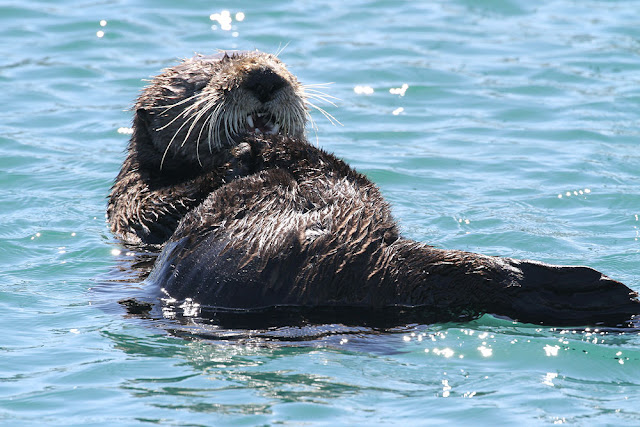 Sea Otters were brought close to extinction in the 19th century, widely hunted for their fur.  This was stopped by the International Fur and Seal Treaty in 1911.  Populations in Canada and California are doing well. 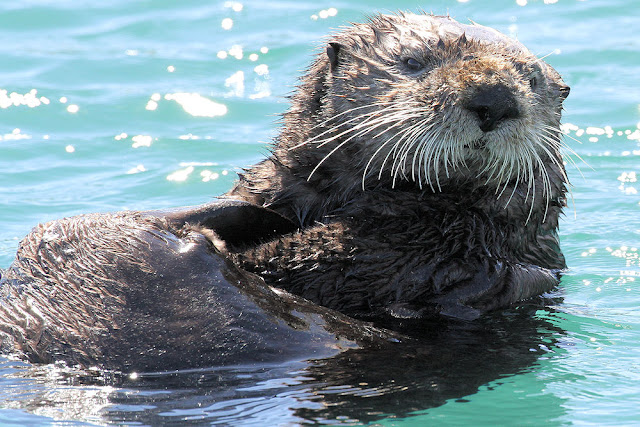 They were reintroduced in the 1960's.  403 Sea Otters were transplanted to six sites, mainly on the outer coast of Alaska.  The population is now estimated at about 25,000 and ranges continuously along the outer coast of Southeast Alaska, and interior areas including Glacier Bay.  The Glacier Bay population is particularly interesting because it grew from five animals in 1995 to over 8,000 in 2012.  Such a dramatic increase is likely from both births and a movement of animals into Glacier Bay.

Always fascinating to read these things.  I found the above here.  There is also a lot of other interesting information to read at that link.