GIRAFFES AT THE HONOLULU ZOO IN HAWAII - DECEMBER 2009 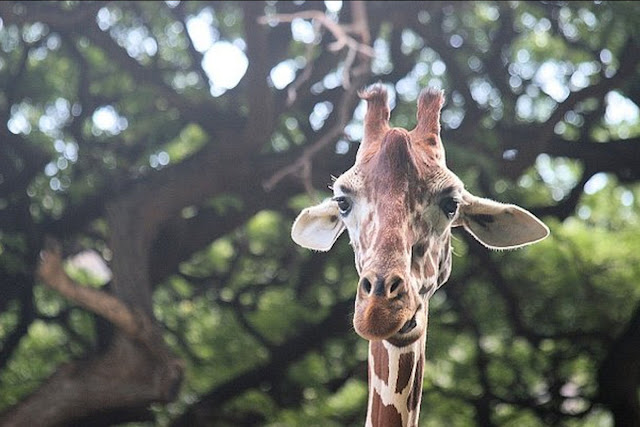 Has anyone heard of Giraffe Manor in South Africa?  Has anyone actually been there?  It would be a fabulous experience to stay and see these beautiful animals as close as their guests do.  What a phenomenal experience that would be.  You can see what I am talking about at this link. 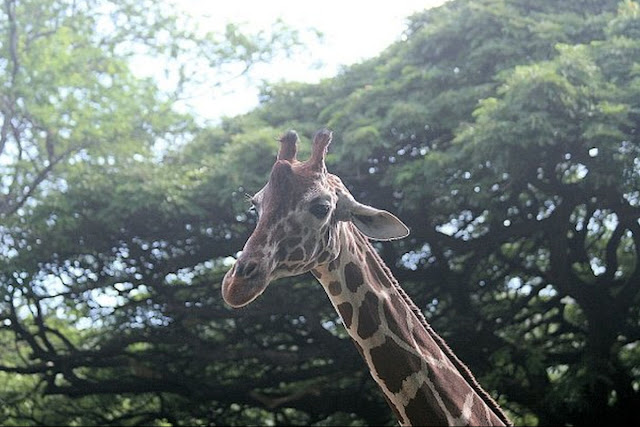 The Giraffe is one of the most interesting animals.  I am sharing favorite photos taken of the ones we found at The Honolulu Zoo on our trip to Hawaii in December of 2009.

Interesting facts about the Giraffe:

Their lifespan is between 15 to 20 years.

Those bumps on its head are called ossicones, and both the male and the female have them. 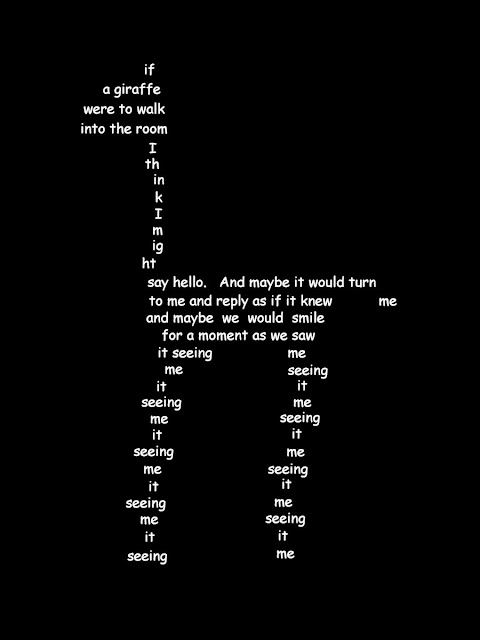 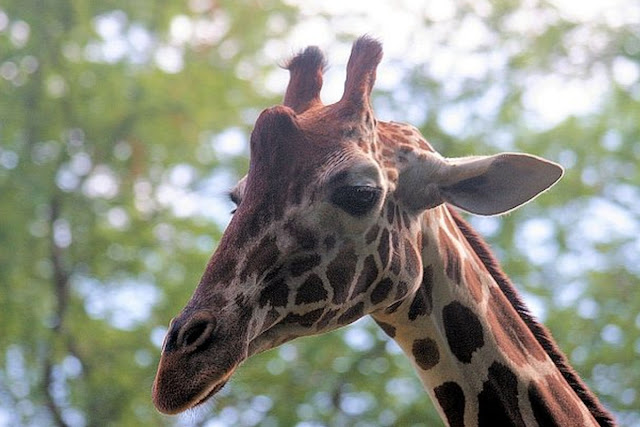 They have the same number of vertebrae in their necks as we do, seven. Each one is just much bigger than ours and can be over 10 inches long (25.4 centimeters).

A giraffe's tongue is 18 to 20 inches long (46 to 50 centimeters), and is blue-black. Some people think the color is to keep it from getting sunburned.

The record running speed of a giraffe is 34.7 miles per hour (56 kilometers per hour). 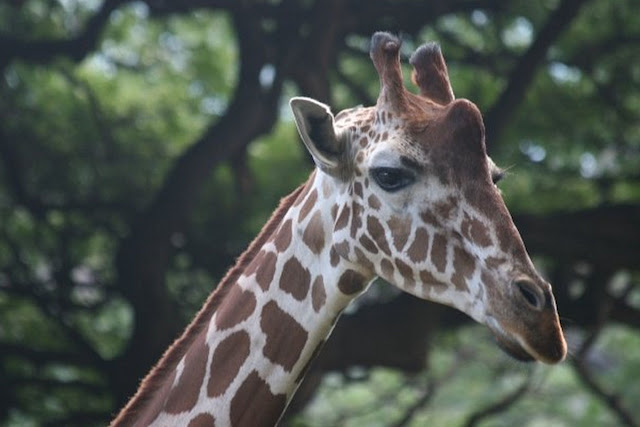 Its range is in pockets of Africa, south of the Sahara Desert and its habitat is the savanna. 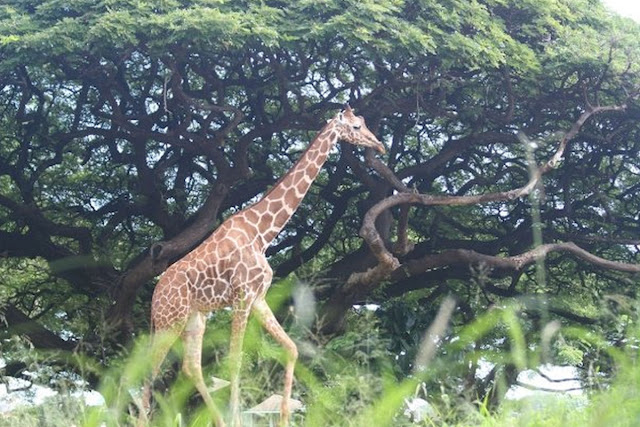 They have a spotted coat similar to a leopard, and for a long time people called the giraffe a
'camel-leopard', because they believed it was a combination of a camel and a leopard. That's where the giraffe's species name came from, "camelopardalis".

I found all these interesting facts, and more, here.
Also here. 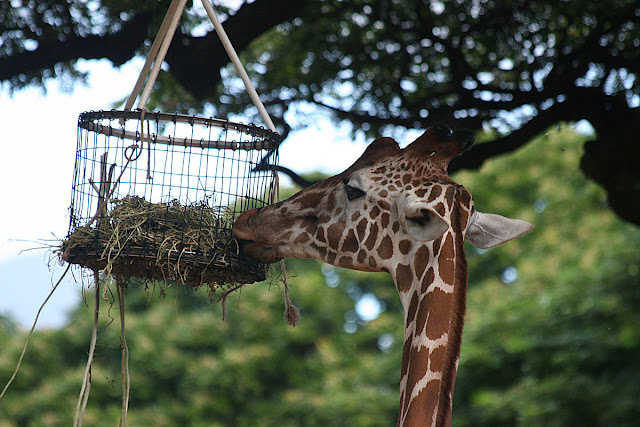