More good memories of our trip to Honolulu in December 2008.

This little bird is the Warbling White-eye (Zosterops japonicus). It was introduced to Oahu in 1929 from Japan. It's a common small bird in the city as well as the forest. 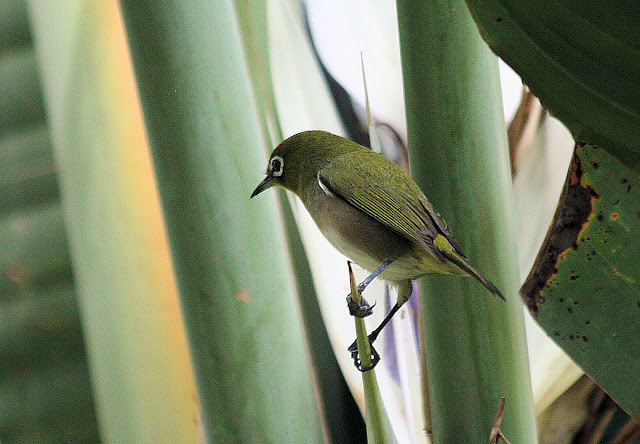 It nests from February to November. The nest is a small cup of woven fibers and grass. The eggs incubate for 11 days and then fledge after 9 or 10 days.

The Warbling White-eye at a distance looks very similar to the native Amaki'i. It's easily distinguished however, by the white circle around the eye. The Amaki'i has a black circle. 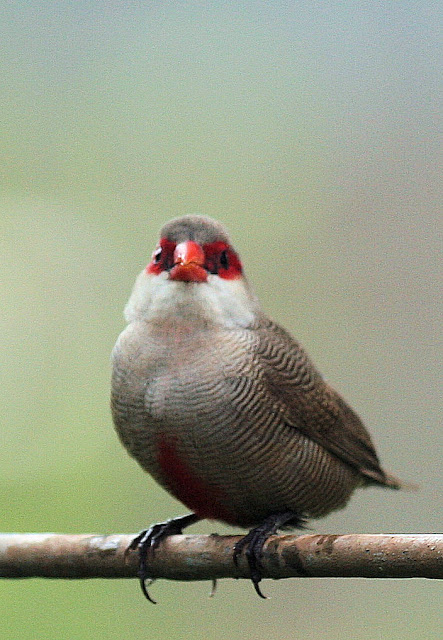 The Common Waxbill is only found on Oahu. It was introduced from Africa sometime in the late 1970's. This bird is very shy. It travels in large groups of individuals that are most easily recognized by their call as they fly away. The easiest place to see them is in large open grass fields where they are found eating weed seeds. 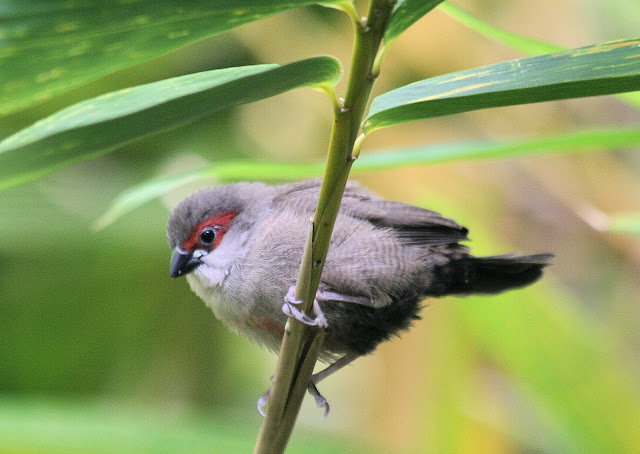 The Red-crested Cardinal (Paroaria coronata) Also known as the Brazilian Cardinal, it was introduced around 1930 from South America. It feeds on seeds, plant matter, insects and fruit. 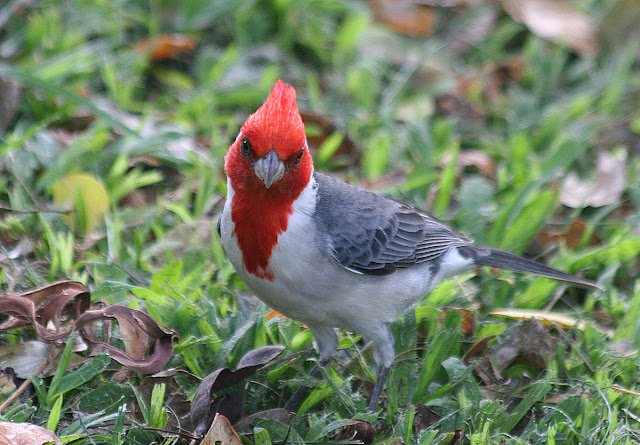 Look for this bird traveling in family groups. If you see a bird with a brown crest and black bill, it's a juvenile. Observe the unique interaction of the juvenile with the parents. Often, the juveniles will wait for the adult to pick up the food and give it to them, even though they are the same size. 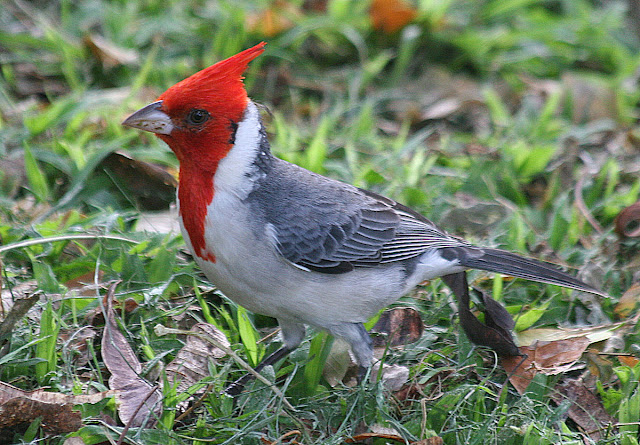