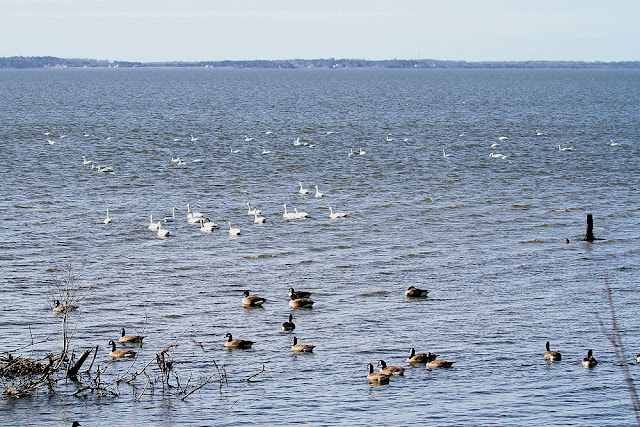 I was very happy to see the swans in such large numbers on our recent trip to North Carolina.  I couldn't get them all in one frame, there were dozens of them, along with several Canada Geese, and also a number of ducks. 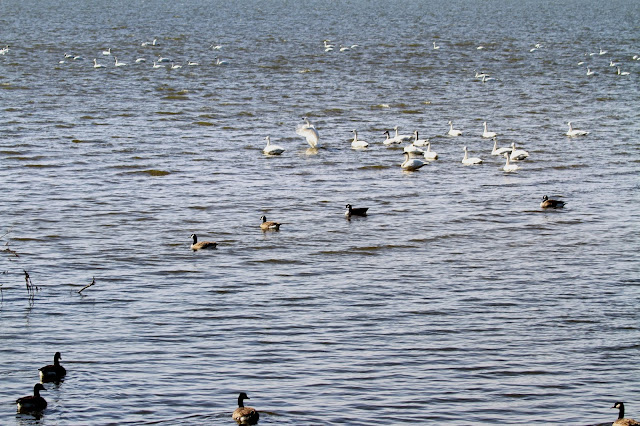 I couldn't get a photo of the ducks.  They swam away as soon as we appeared, but I did manage several shots of the swans and geese.  Not as close as I would have liked. 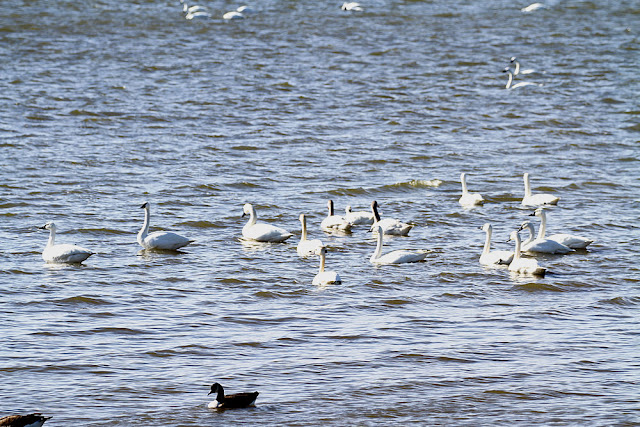 I noticed that these swans had black beaks and legs, at first thinking they were Trumpeter swans.  Later I found out they were Tundra, a first for me. 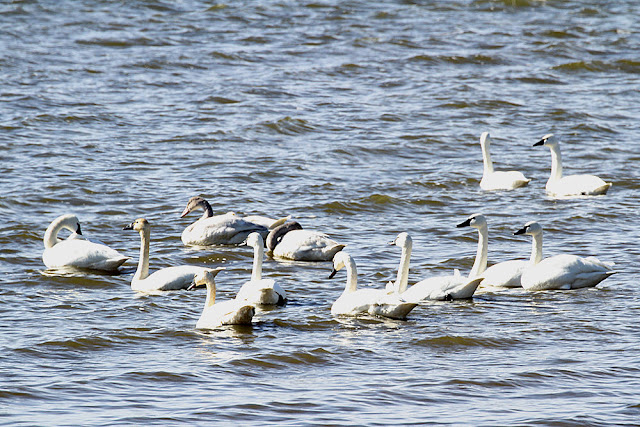 There can be anywhere from 65,000 to 75,000 in North Carolina during the winter months.  They like the mild winter of the Inner Banks 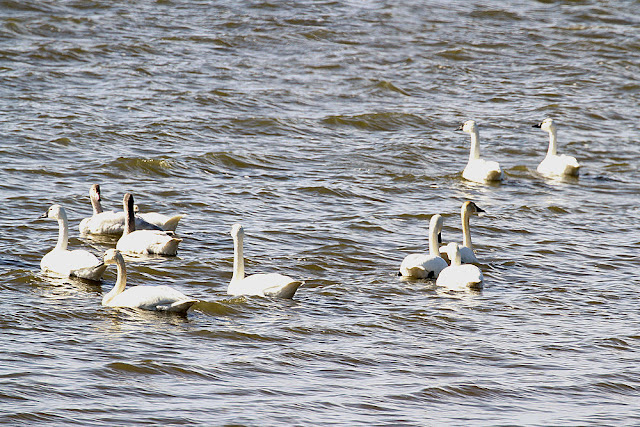 There is also an abundant food source and resting waters for the swans. 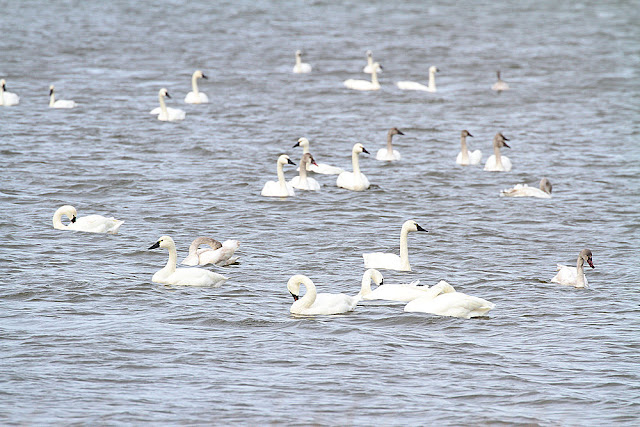 Tundra Swans have a wing span of 7 feet and they stand almost 4 feet tall.  An adult bird will weigh up to 23 lbs. 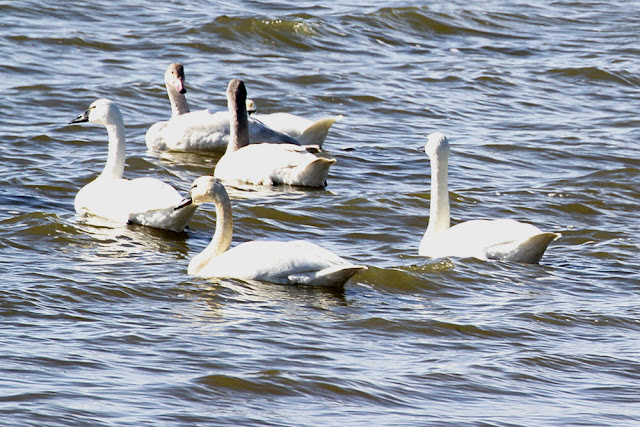 Adults are solid white and the immature swan has more gray tones, particularly in their head and neck area. 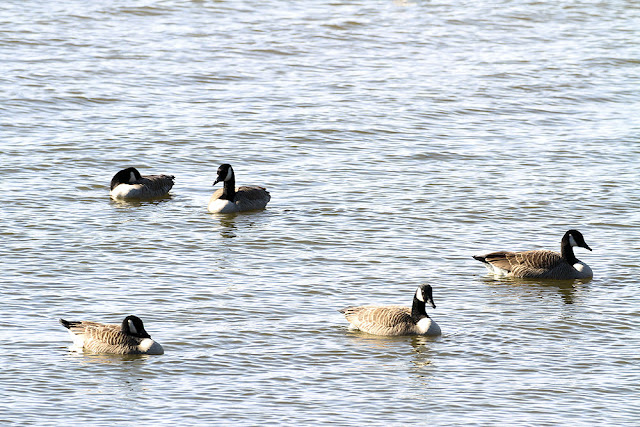 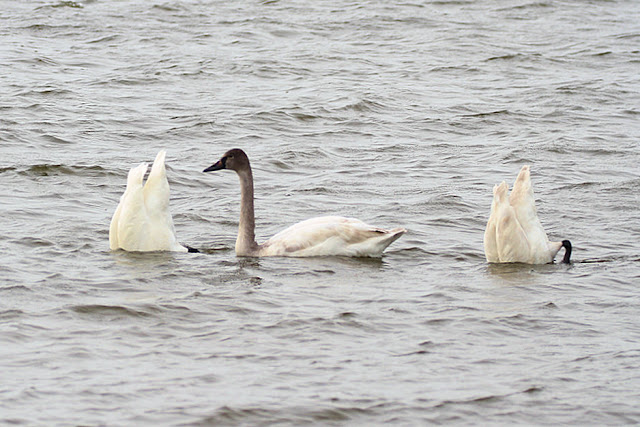 Tundra Swans nest along the northern coast of the Canadian Arctic, all the way to western Alaska.  When they make the 3,000 mile plus journey from their arctic nesting grounds to North Carolina, it often takes them three months to reach their destination. 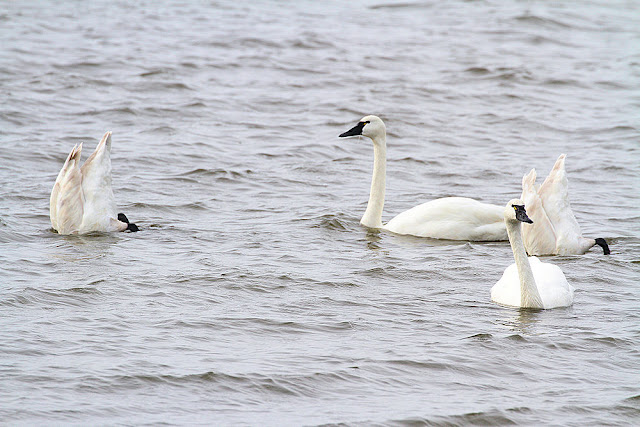 They remain here until February or early March before making the long migration back to the arctic. 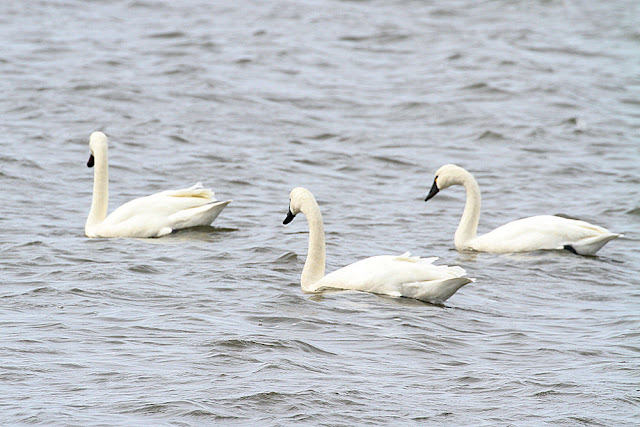 The American explorer Meriwether Lewis (1774-1809) called them 'whistling swans' because of their unique calls.  (This man was also a soldier, politician and public administrator, but best known for being the leader of the Lewis and Clark Expedition.) 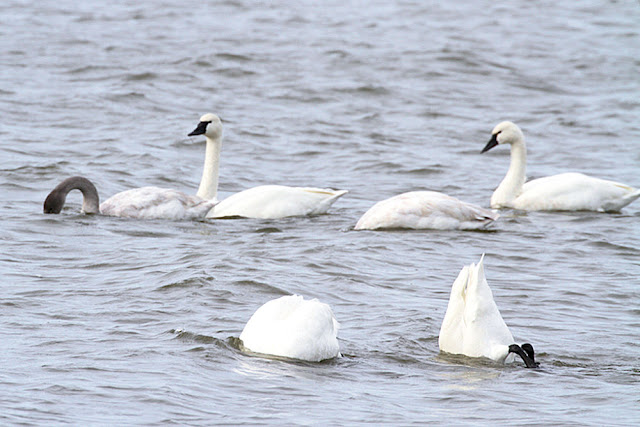 They are thought to be only two species of swans native to North America, the Trumpeter Swan and the Tundra Swan. 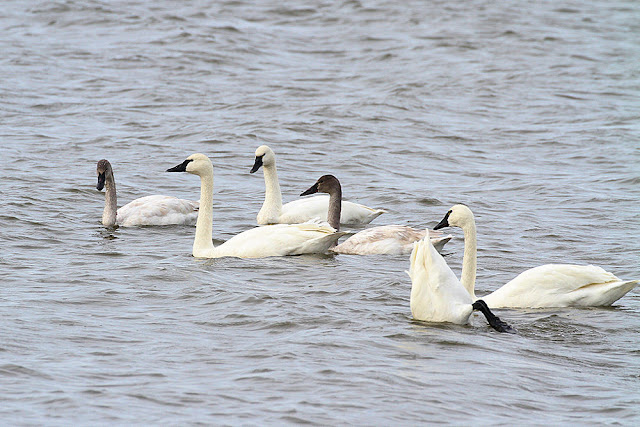 Tundra Swans should not be confused with the larger Trumpeter and Mute Swans.  Trumpeter Swans are found almost exclusively in the mid-west and western states.  Mute Swans are generally non-migratory, and can be found scattered throughout North Carolina.  They are a non-native species that can be quite aggressive if approached.

I found the above diagram online showing the differences. 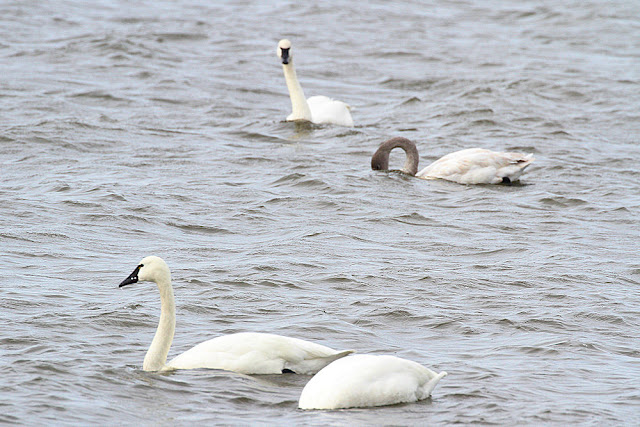 Both parents tend to the young, leading them to feeding sites in water.  Adults may paddle with feet to bring submerged food to the surface to feed their young, and they fledge in two to three months but remain with their parents at least through the first winter. 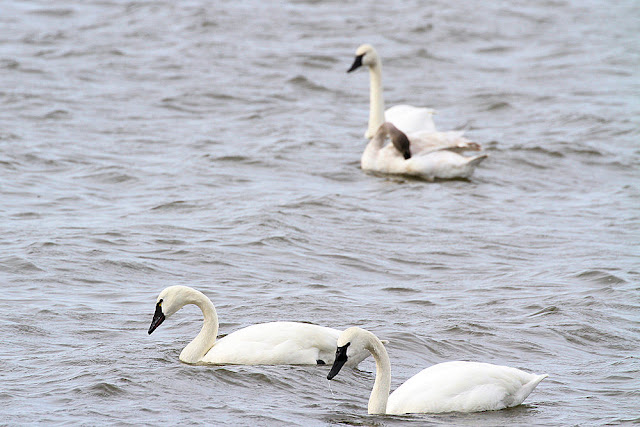 We often saw them dipping their heads underwater, and also upending themselves. 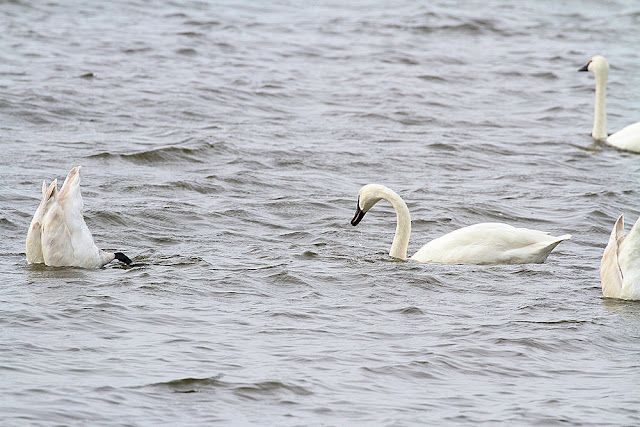 Their heads can reach three feet below the surface. 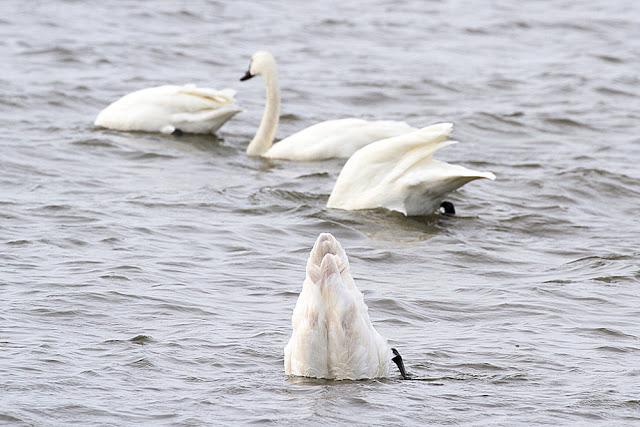 We had things to do but honestly?  I could have pulled up a chair and watched them for hours.

Thank you for looking and
have a great weekend. 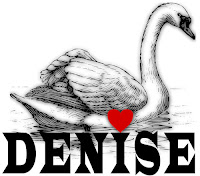 Posted by DeniseinVA at 7:53 AM