As we were leaving the multi story parking lot in the Mosaic District last week, I came across a floor to ceiling mural depicting panda bears walking around DC.  I haven't been able to find anything about the artist and I couldn't find a signature in any of the photos I took.  It certainly appealed to my whimsical side. 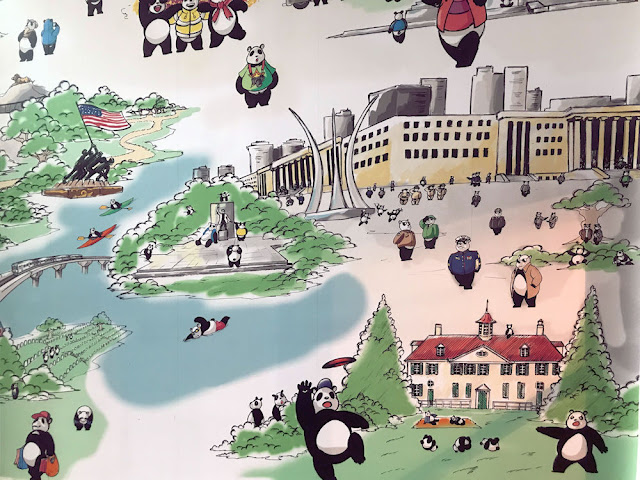 (Top left is the Iwo Jima Memoral, in the middle is the Martin Luther King Jr. Memorial, and then the three-prong structure is the Air Force Memorial, the buildings behind it is The Pentagon, and behind that is Crystal City, then bottom right is Mount Vernon (George Washington's home), and bottom left Arlington National Cemetery.  It isn't geographically laid out to scale but I think it is a really neat mural.) 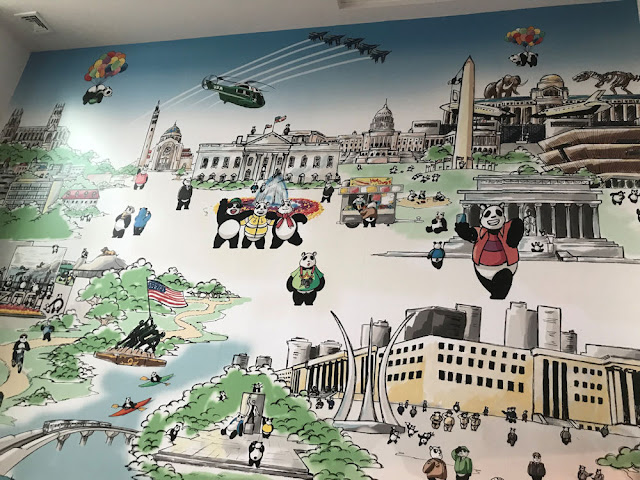 (In the above mural picture, top left shows the Washington National Cathedral, to the left of it is the Basilica, the planes may be the Blue Angels and Marine One, the presidential helicopter.  Next The White House, the United States Capitol, and the Washington Monument.  The dinosaurs are on the top of the National Museum of Natural History.  The fountain can be found in the National Gallery of Art Sculpture Garden.  This area is turned into an ice skating rink in the winter months.  Food trucks can be found in many parts of the city.  The Lincoln Memorial can be seen middle left.  The others are described under the first mural picture, and I may have missed something out in all of these. 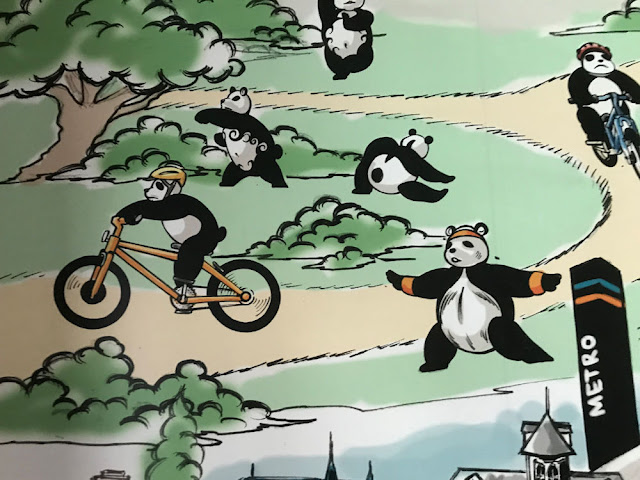 Pandas on the many bicycle trails in DC, and those practicing the art of Tai Chi. We often see kayakers rowing on the Potomac River, and tucked in the bottom right-hand corner, one of the signs at a metro stop. 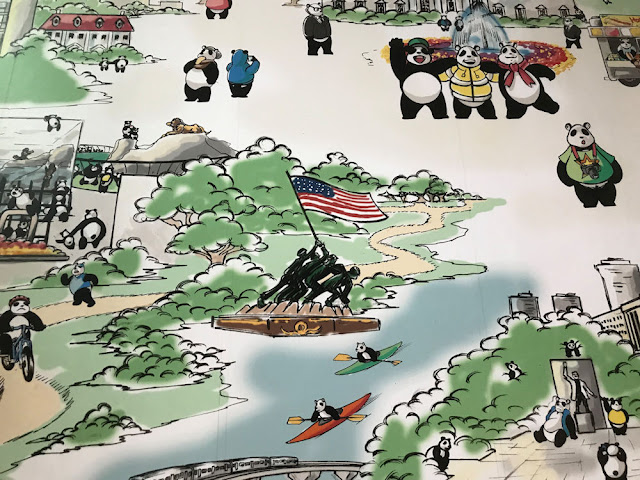 Above a cropped version of the first mural photo, and part of the National Zoo can be seen middle left and also below, which is in part in the above photo as well. Hope you've enjoyed your quick tour of Washington DC.  I will be sharing more of the Mosaic District in another post.

Thank you for stopping by and I hope your day is a great one. 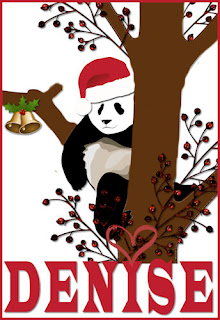 Posted by DeniseinVA at 7:42 PM