Huntley Meadows is another place we enjoy.  My Sister-in-law was visiting and we took her there.  I think she brought us great luck, as we saw more bird life than we have ever seen at one time, particularly Great Blue Herons.  There were several in the area, and I spotted this one in a tree across the marsh.  As there was a very pretty blue sky for a backdrop, I chose my photos for SkyWatch Friday. 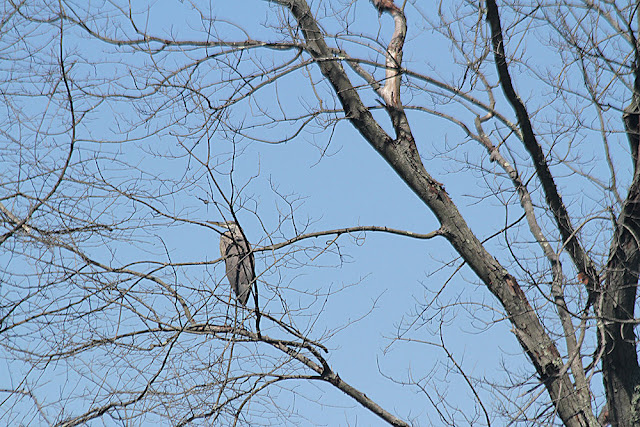 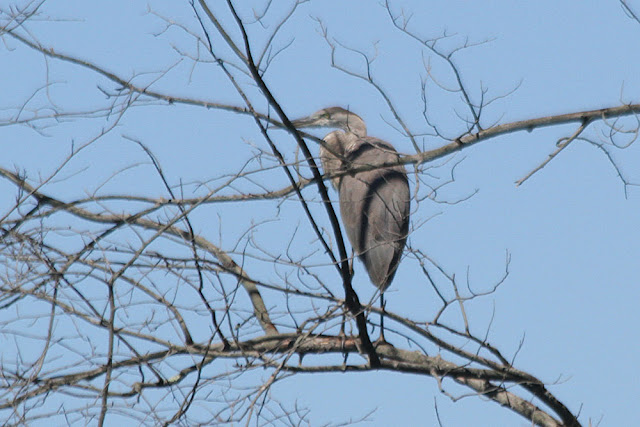 Five more photos so that I can join in with Willy-Nilly Friday Five.

1) A Blue Dasher Dragonfly.  He was very cooperative waiting for me to line up a shot. 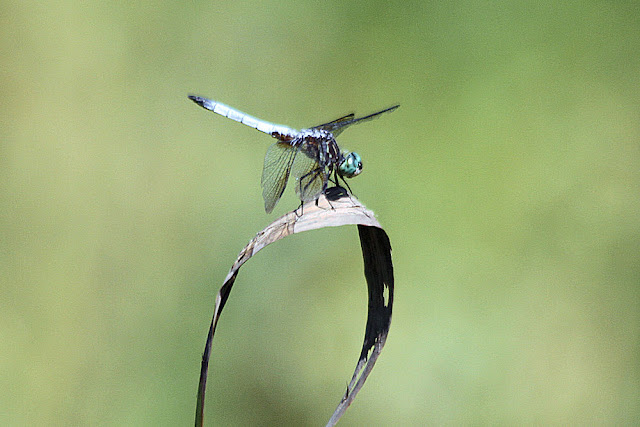 2)  Hubby and his sister enjoying the Egret in the distance. 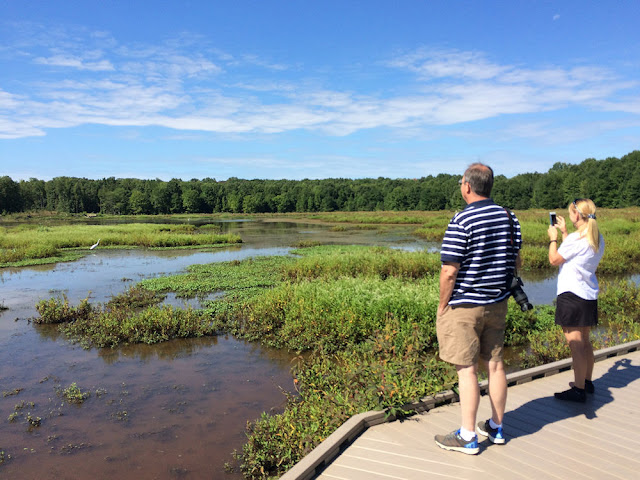 3) Little nature lover.  Start them early.  She was with her grandmother.  We enjoyed the little girl's fascination with the young Great Blue Heron.  This is Gregg's photo. 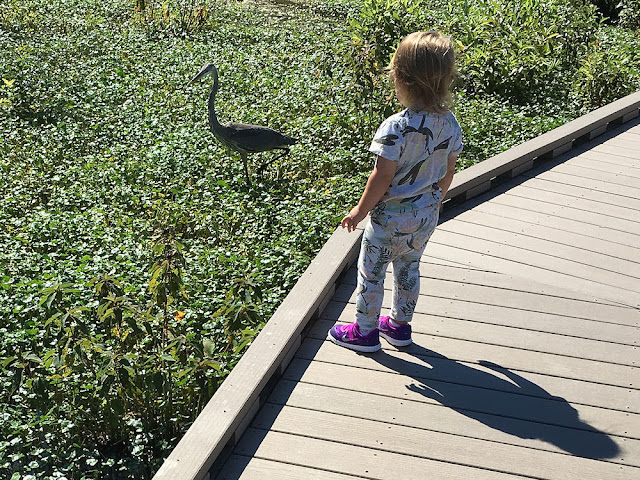 4) I was very curious what this is.  It starts to grow over the marshy plants at this time of the year and I have learned that it is a parasitic plant called Dodder. You can read about it here.  It would be worth scrolling down as there are other very interesting parasitic plants mentioned, all very interesting, and this is the eighth one down. 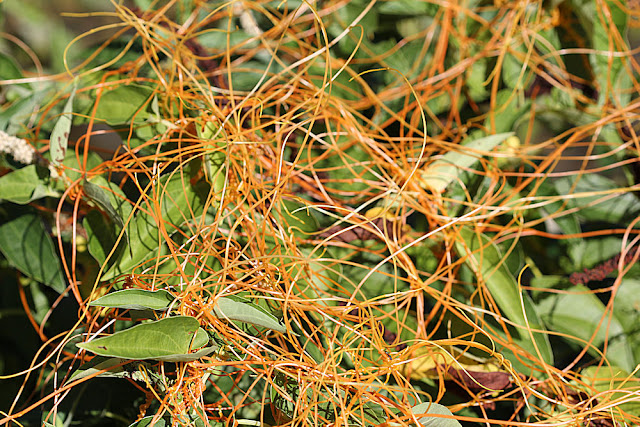 5) A change from the above, a tea light in a pretty blue glass container after stopping at a restaurant on the way home.  If one used one's imagination a little, one could almost see that this was a setting sun symbolic of the lovely day we had, that was almost at an end but not quite over. 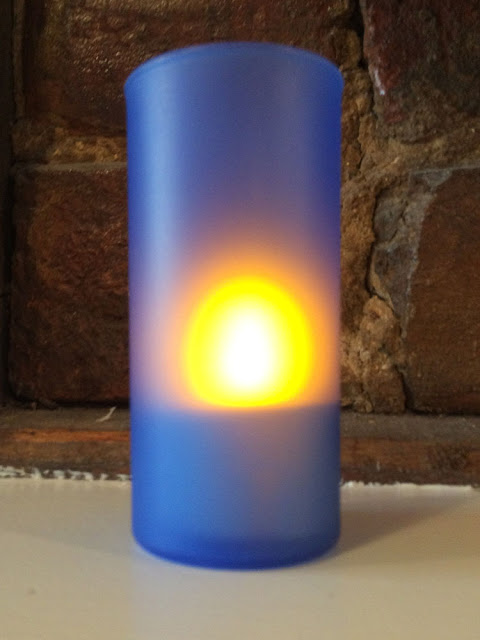 I am linking with the following, with many thanks to our hosts.  In order as they become available.

Posted by DeniseinVA at 2:00 PM