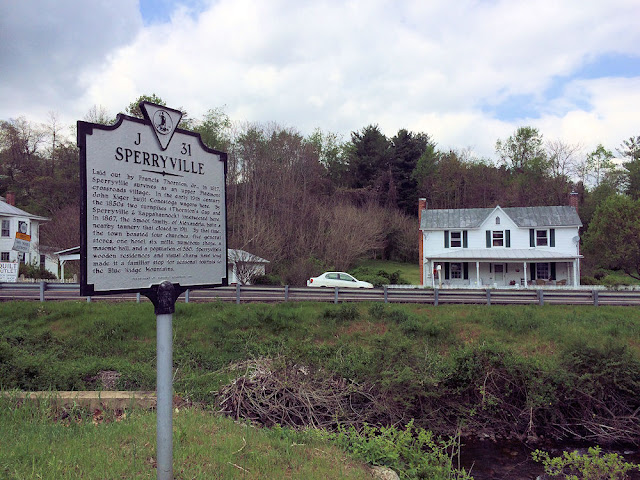 The last time we were in Sperryville, we took a detour off the main road.  We always like to read the historical markers if we can stop safely.  This one reads:

"Laid out by Francis Thornton, Jr., in 1817.  Sperryville survives as an upper Piedmont crossroads village.  In the early 19th century John Kiger built Conestoga wagons here.  By the 1850s, two turnpikes (Thornton's Gap and Sperryville and Rappahannock) intersected here.  In 1867, the Smoot family, of Alexandria, built a nearby tannery that closed in 1911.  By that time the town boasted four churches, five general stores, one hotel, six mills, numerous shops, a masonic hall, and a population of 350.  Sperryville's wooden residences and visual charm have long made it a familiar stop for seasonal tourists to the Blue Ridge Mountains."
Posted by DeniseinVA at 12:00 AM