NATURE NOTES AND A SECRET GARDEN 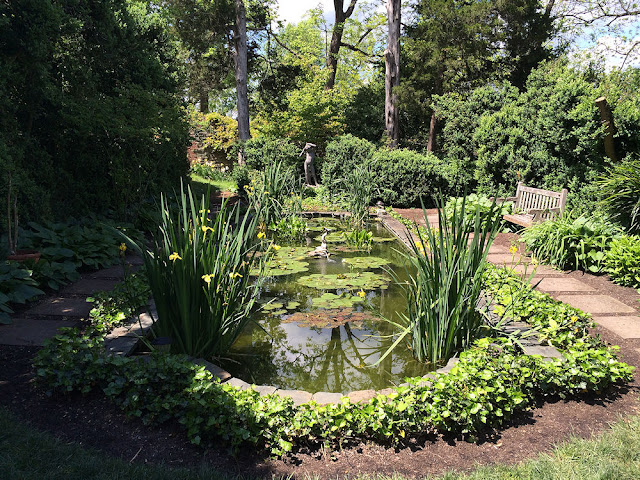 I found my own secret garden at Oatlands.  It was a charming little area, a pond full of waterlily pads, and several frogs, one of which I shared here. 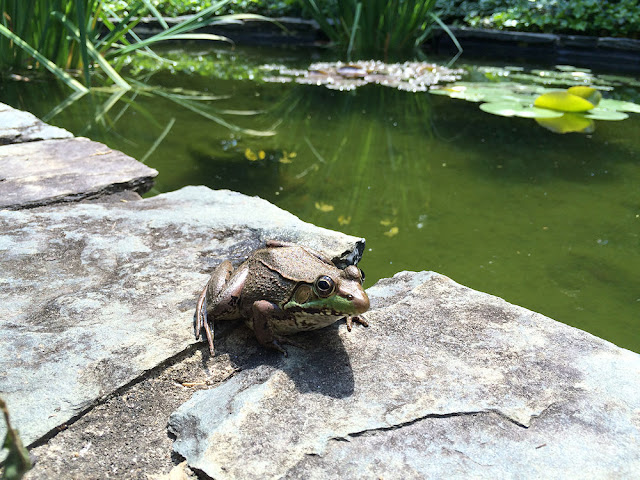 I could have stayed for a couple of hours or more, with its peace and tranquility.  It would be a great place to bring a book, or just to meditate. 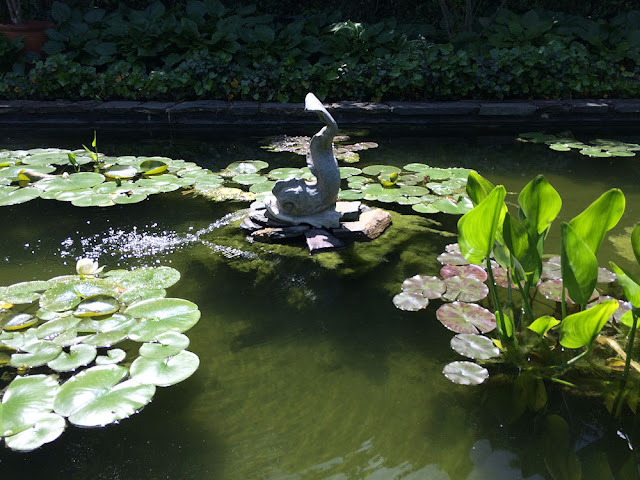 I had it all to myself until Gregg caught up with me and we enjoyed it together. 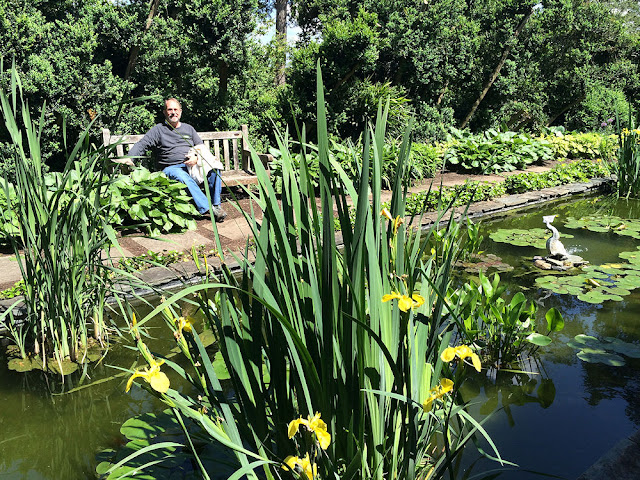 As often happens and because of our mutual hobby of taking photos, we occasionally get separated as we focus on different things.  I told him I was heading here. I saw it at the end of a long pathway with a wall of hedgerows and trees on each side.  In this photo I am looking back at where I came from. 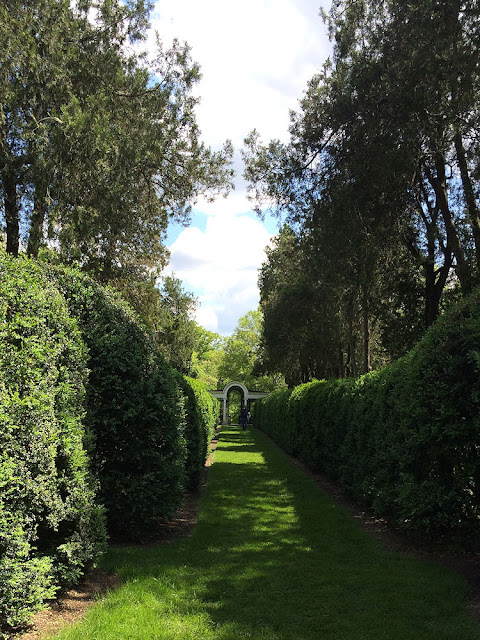 He hadn't heard me and we lost each other. Maybe I hadn't told him and just thought I had.  That happens and yes I am smiling.   At times I get so intensely focused on where I want to go. He wandered in another direction, and later texted to ask where I was.   I eventually saw him at the end of that long path as he retraced his steps and followed my directions. 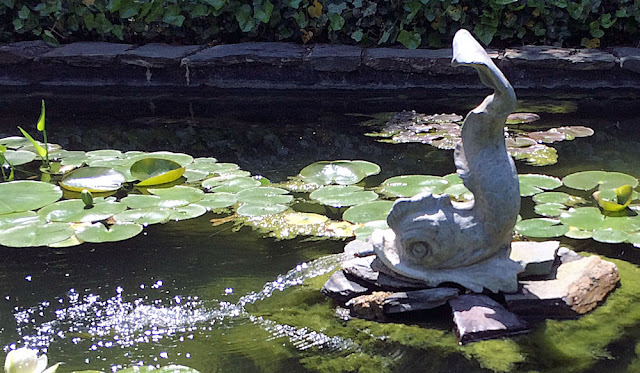 I had already been in the secret garden for 20 minutes and was waiting for him to catch up, totally mesmerized by how many frogs there were in the pond. 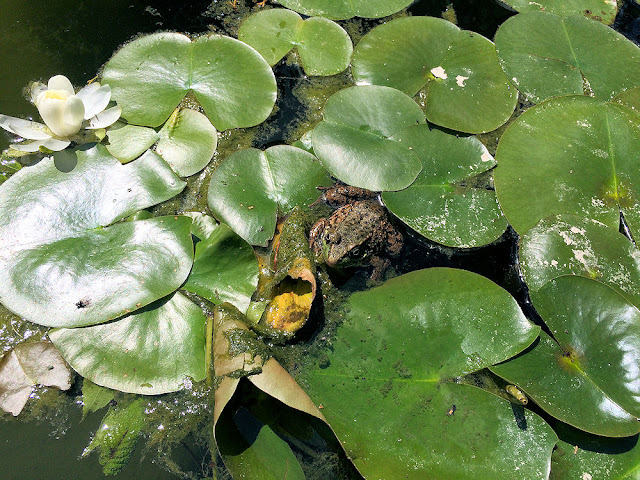 After a while it became a game to see how many I could find, and I was once again in touch with my inner child. 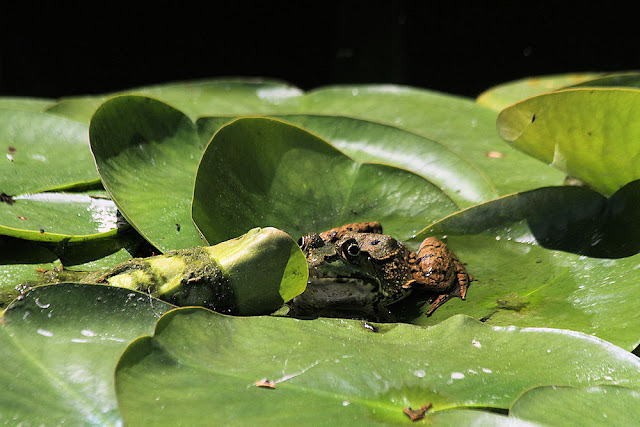 I found several as they weren't exactly quiet. 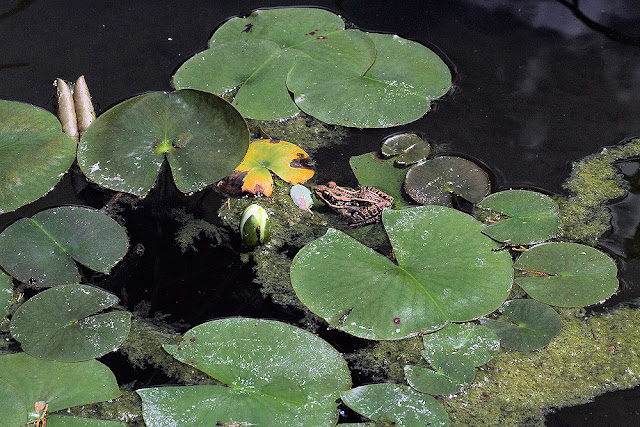 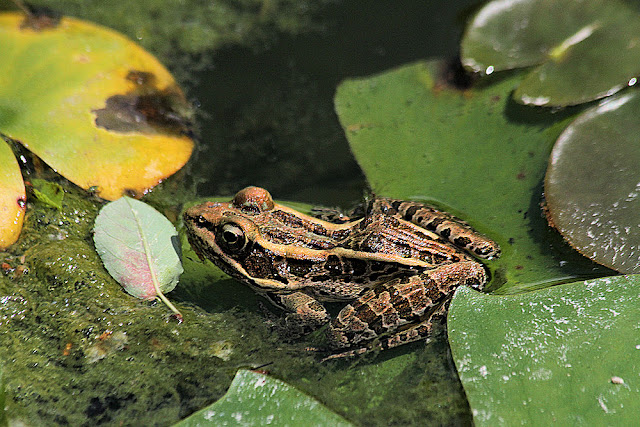 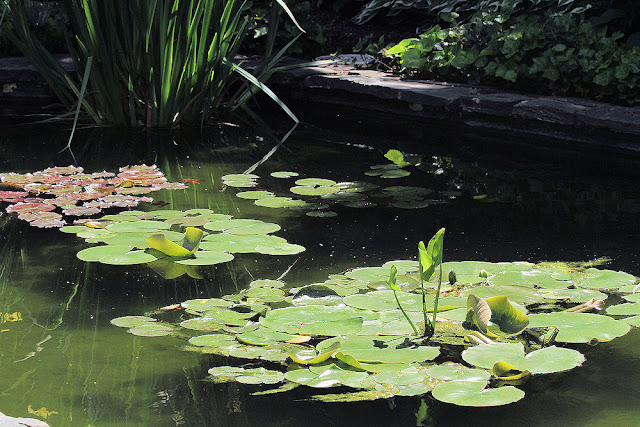 Cell phones and texting are useful at the right time.  The garden is large enough that it would have been a long time before we caught up with each other.  In days of old when our son was young, we always chose a place to meet up if we were ever separated.  Maybe Gregg and I should start this practice again. 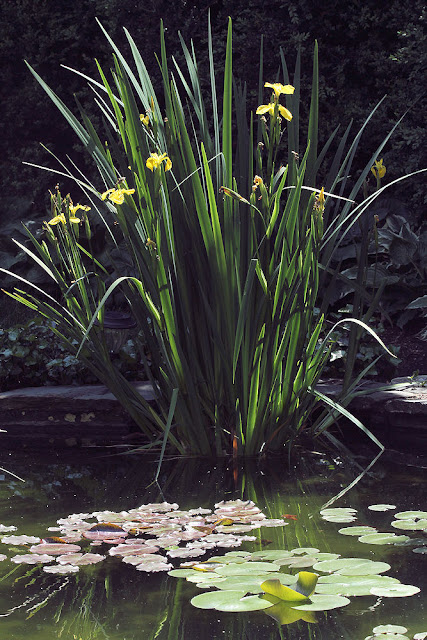 It was hard to leave but eventually we moved on, 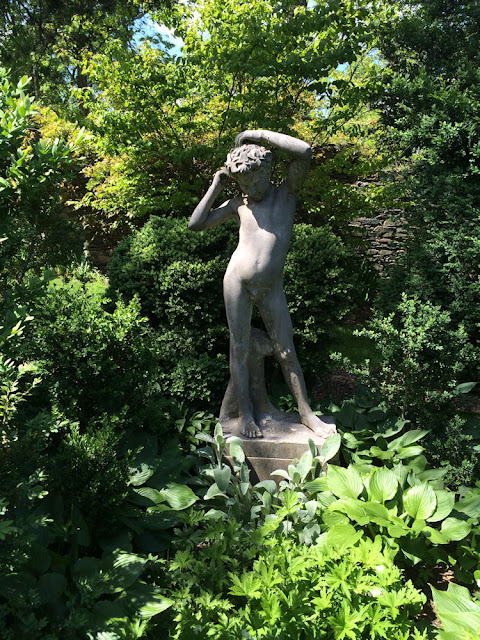 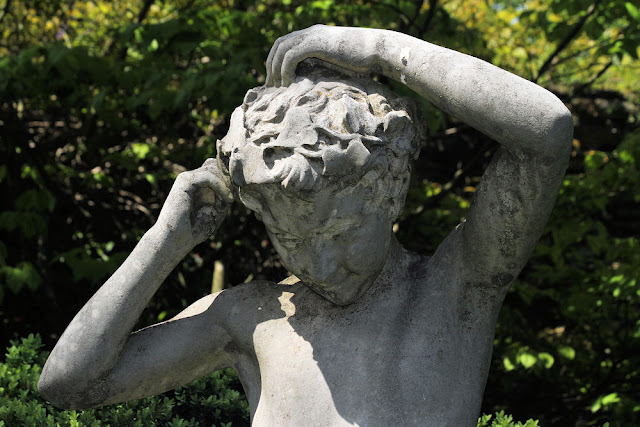 and with one last look at the secret garden, I knew we would be returning.  We have added it on our list of places to go back to. 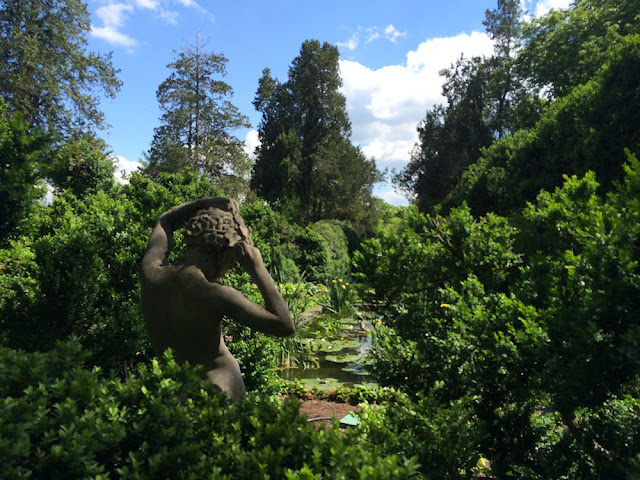 I am sharing these with Michelle at Rambling Woods.  You can click on this link to visit Nature Notes and also see other participants of this great meme.

Posted by DeniseinVA at 1:14 PM