I am not going to have much computer time for the next few days, so I won't be able to visit for a while.  I'll catch up as soon as I can.

As I have mentioned before, I have started transferring posts from my old blog.  This was originally published in the summer of 2009, so those of you who have been with me since those times may remember it, and I hope it will be a nice refresher.  For new blogging friends I hope you will enjoy this old post.  The following narrative may be out of date now, so you will have to take that into account if you are thinking of going there, or have already been.

"We saw a few animals on the road going to the Canyon. On our way out we drove on a lonely stretch and passed what we thought at first was a dog. We thought it may have been lost and as we hadn't been going very fast, and as there were no other cars in the area, we slowly backed up to find what was actually a coyote standing on the side of the road.

She didn't seem very worried about us and we thought how beautiful she was. I know not everyone loves coyotes but from the outside world looking in, they are an amazing animal to me.  The last time we saw a coyote was in our old neighborhood back in San Diego many years before, when one wandered down from the arrid hills behind us, and rested underneath a bush in our nextdoor neighbor's front yard. That one looked a scraggly, poor little thing, half starving. Our neighbors had a dog were able to fetch dog food and a bowl of water. It shuffled slowly out on its tummy and helped itself to food and water, went back into the bushes and rested for a good long while, eventually returning to the hills it came from. We never saw it again.
This coyote near the Grand Canyon, I am thankful to say, looked decidedly healthy with a beautiful coat that gleamed in the sunlight. I don't know how long she would have stayed there staring at us, but we were the first ones to move on, and the sight of her was a highlight of our holiday, a total gift. 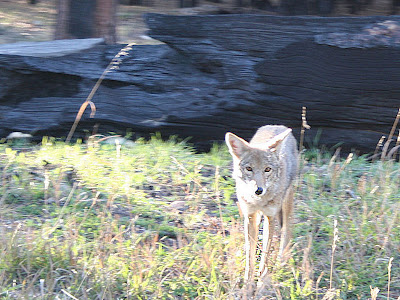 I believe this is a White-tailed Jackrabbit(?)  We spotted it scampering near The Watchtower.  I was sitting on a bench admiring the view and I heard rustling behind me.  Another one of nature's multitude of gifts! 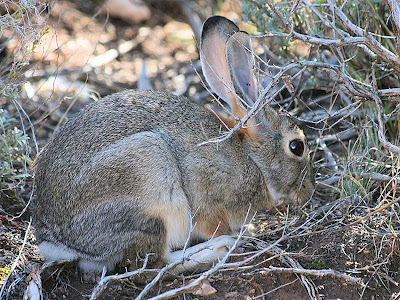 There were warning signs of Mountain Lions, but we didn't see one.  Another beautiful animal but most definitely would not want to bump into one. 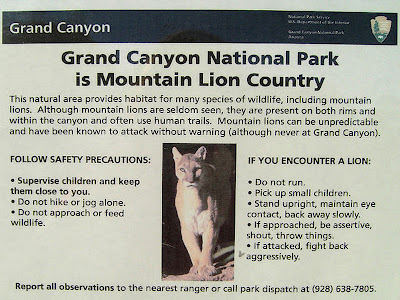 The only other animal we saw in that general area, apart from the birds, was a wolf that ran across the road. Gregg got a very clear look, larger than the coyote he said, but I only saw a quick glimpse, a flash of something running into the trees." 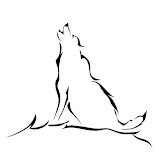 Looking back this is a wonderful memory.  One of the reasons I am glad to be transferring the old posts as we get to visit these vacation spots again.  It always starts up a conversation where we relive those old memories, and occasionally remind each other of another memory long forgotten.
Near our home, according to our local neighborhood app, there have been several sightings of coyote.  People get very worried, understandably so, not only for the safety of their children, which is obviously paramount, but also with their pets in mind.  One commenter on the app said they had recorded a strange howling in the wooded area behind them, and another commenter who used to be a park ranger, identified that sound as at least five coyote, which I was very surprised at.  I haven't actually seen any, but there have been photos shared, never more than one or two, and sometimes mistakenly identified as a coyote but was actually a fox.  People sometimes comment on screeching, wailing sounds in the woods behind their houses, again identified as a fox.  We do get fox sightings but only occasionally.  More often we see raccoons as previously mentioned on my blog.
I found a wonderful illustration of a coyote online, and left the artist's name still attached if you want to do a search on other work. 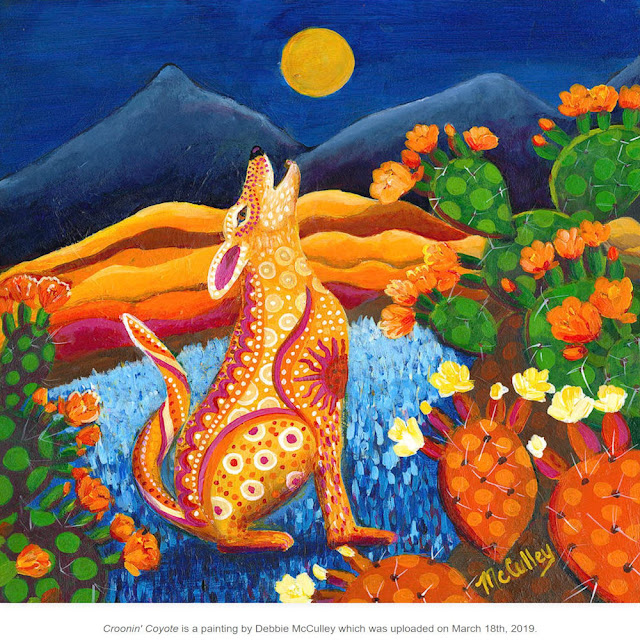 Thanks for looking and have a great day! 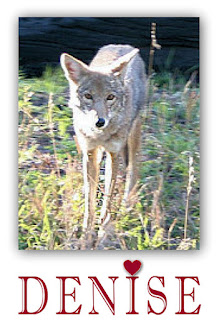