from Thanksgiving.  They lasted quite well and are only just showing signs of fading.  I gave them a lot of TLC with fresh water and plant food.  My flowers today were identified as Florist Daisies but I recognize the Chrysanthemum and a few Asters in there. 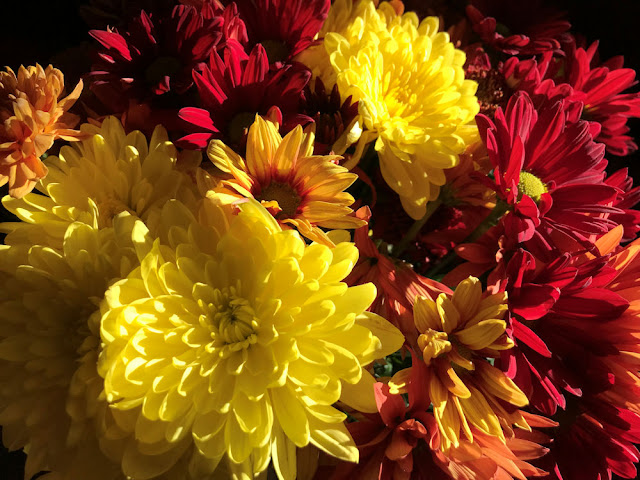 I thought I would find out about the language of flowers today.  The symbolic language of flowers has been recognized for centuries in many countries throughout Europe and Asia. They even play a large role in William Shakespeare's works. Mythologies, folklore, sonnets, and plays of the ancient Greeks, Romans, Egyptians, and Chinese are peppered with flower and plant symbolism - and for good reason. 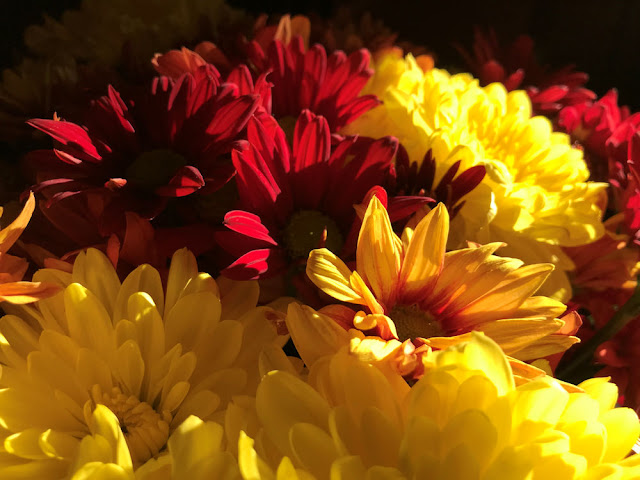 Nearly every sentiment imaginable can be expressed with flowers. The orange blossom, for instance, means chastity, purity, and loveliness, while the red chrysanthemum means "I love you." 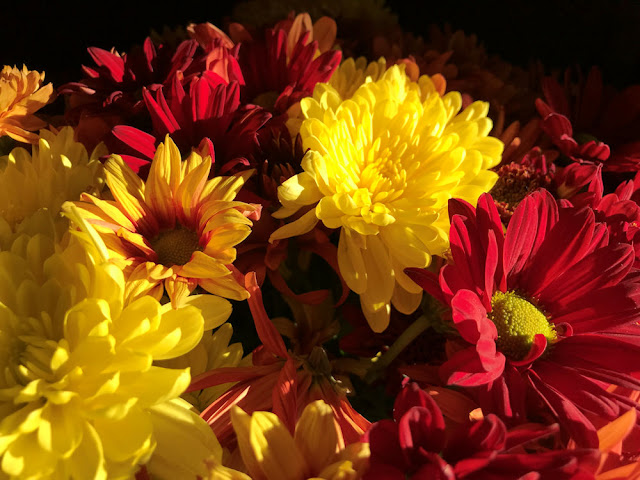 Learning the special symbolism of flowers became a popular pastime during the 1800s. Nearly all Victorian homes had, alongside the Bible, guidebooks for deciphering the “language,” although definitions shifted depending on the source. 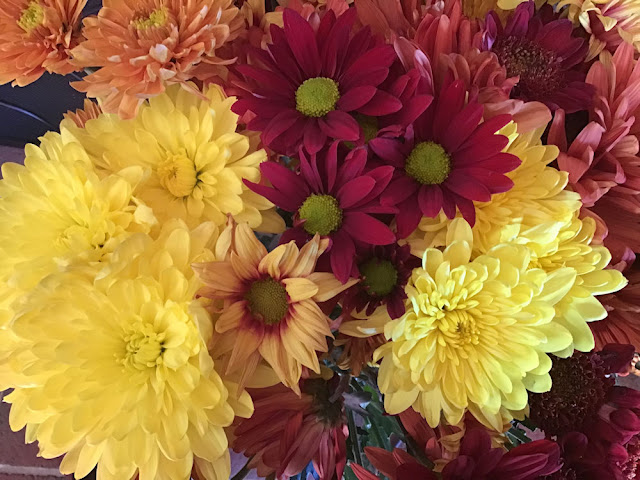 Following the protocol of Victorian-era etiquette, which you can see a delightful page here full of information, flowers were primarily used to deliver messages that couldn’t be spoken aloud. In a sort of silent dialogue, flowers could be used to answer “yes” or “no” questions. A “yes” answer came in the form of flowers handed over with the right hand; if the left hand was used, the answer was “no.” 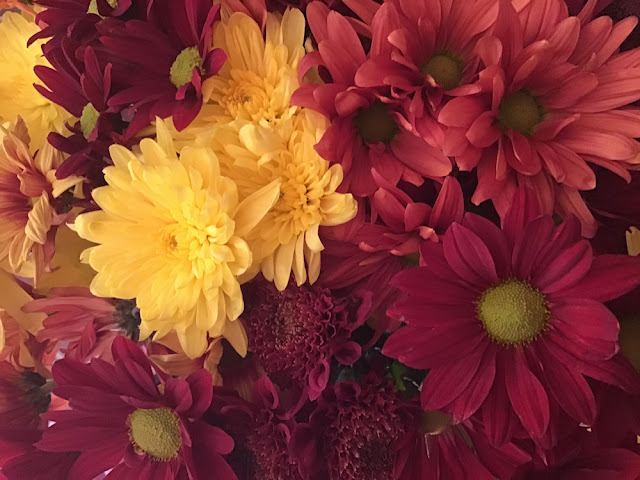 Plants could also express aversive feelings, such as the “conceit” of pomegranate or the “bitterness” of aloe. Similarly, if given a rose declaring “devotion” or an apple blossom showing “preference,” one might return to the suitor a yellow carnation to express “disdain.” 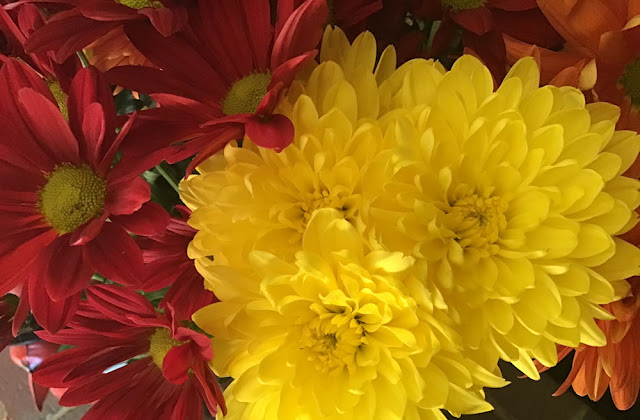 How flowers were presented and in what condition were important. If the flowers were given upside down, then the idea being conveyed was the opposite of what was traditionally meant. How the ribbon was tied said something, too: Tied to the left, the flowers’ symbolism applied to the giver, whereas tied to the right, the sentiment was in reference to the recipient. And, of course, a wilted bouquet delivered an obvious message! 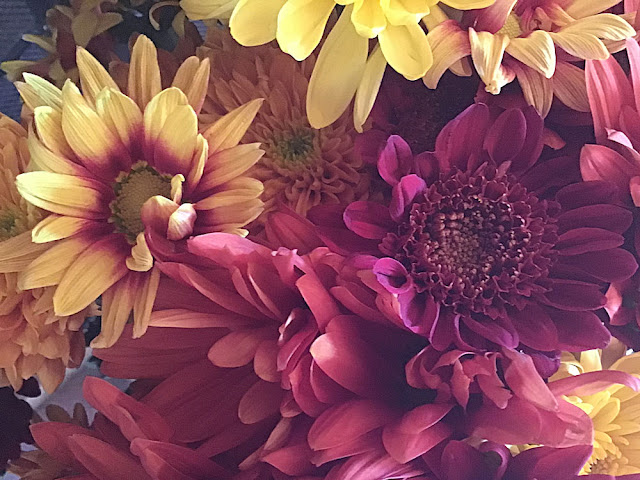 More examples of plants and their associated human qualities during the Victorian era include bluebells and kindness, peonies and bashfulness, rosemary and remembrance, and tulips and passion. The meanings and traditions associated with flowers have certainly changed over time, and different cultures assign varying ideas to the same species, but the fascination with “perfumed words” persists just the same. 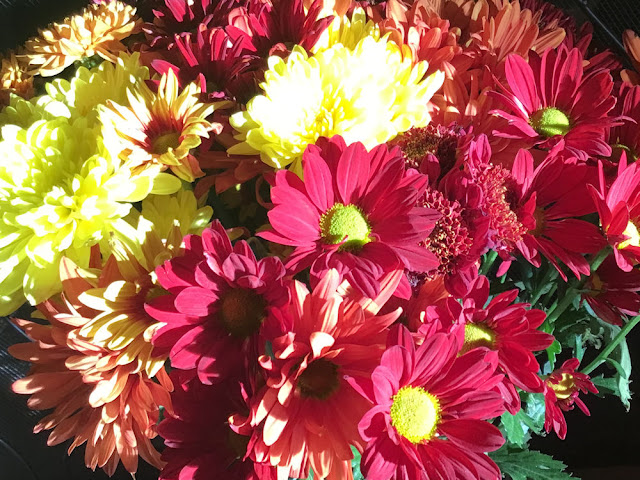 Let's not forget the wedding bouquet, one tradition is to select flowers based on plant symbolism.  As an example, look to the royal flower bouquet in the wedding of Prince William, Duke of Cambridge, to Kate Middleton (now Catherine, Duchess of Cambridge). Her all-white bouquet had lily-of-the-valley (representing trustworthiness, purity), sweet William (gallantry), hyacinth (loveliness), myrtle (love in marriage), and ivy (continuity). Altogether, these flowers' meanings reveal the hope of a loving, everlasting marriage. 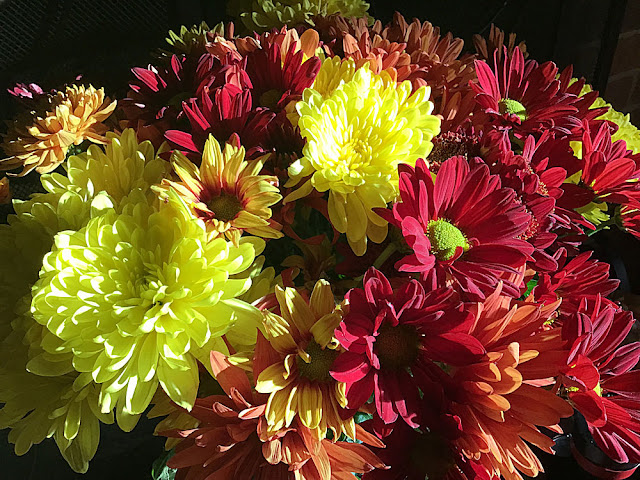 The groom, too, wears a flower that appears in the bridal bouquet in his button-hole. This stems from the Medieval tradition of wearing his Lady's colors, as a declaration of his love. 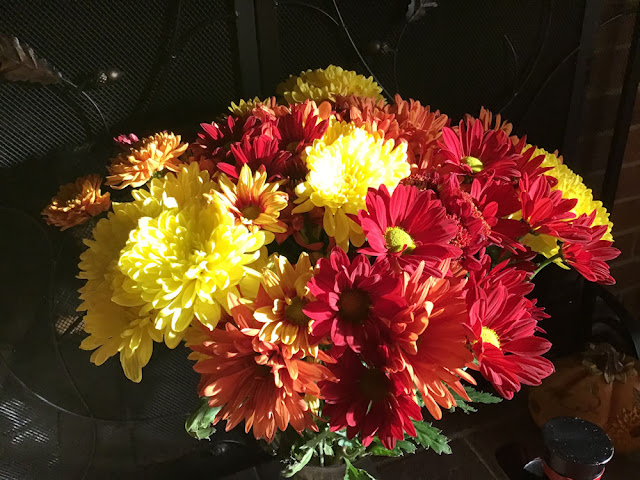 One fun modern idea is to give each bridesmaid a bouquet featuring a signature flower whose meaning suits her personality.
There is a language, little known,
Lovers claim it as their own.
Its symbols smile upon the land,
Wrought by nature's wondrous hand;
And in their silent beauty speak,
Of life and joy, to those who seek
For Love Divine and sunny hours
In the language of the flowers.
–The Language of Flowers, London, 1875 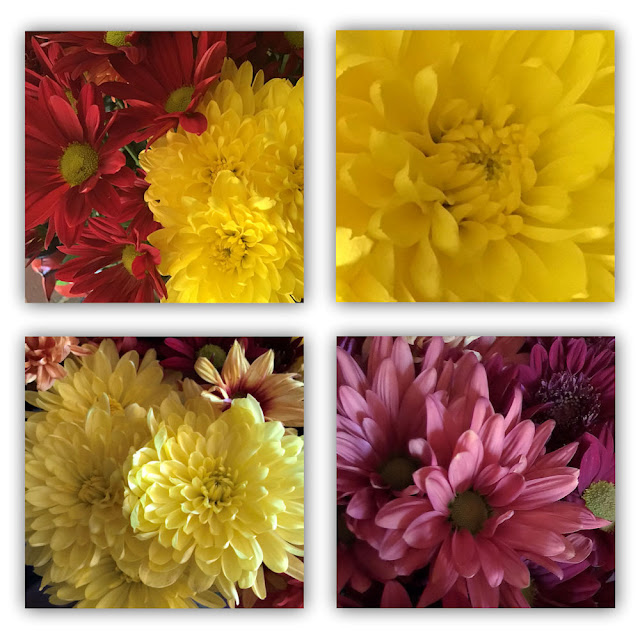 The illustration below was printed in England/The Regent Publishing Co. Ltd. and the photo credit is from Dumbarton Oaks Archives. 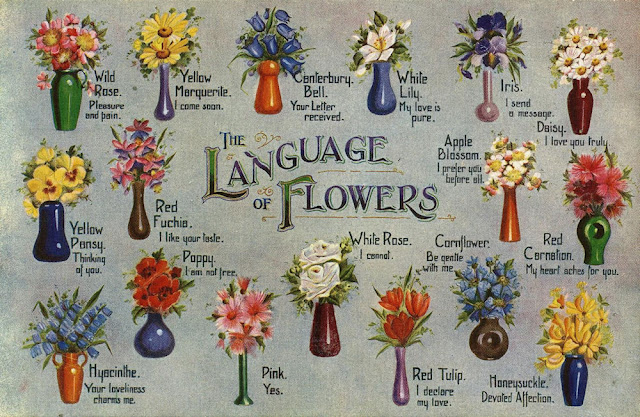 My goodness, I knew of each flower having a special meaning, but I found out so much more doing a little research.  You can read a page here for instance.  I could have filled a book but I'll give you all a break and stop before I find more! 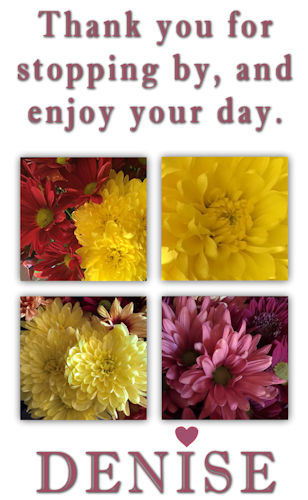