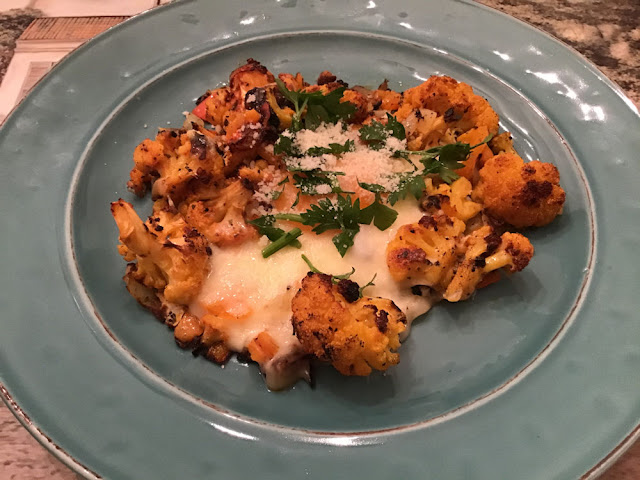 It has been a while since we ordered a Blue Apron meal, but it arrived on the doorstep early this morning, and by dinnertime we tried the following meal.  It was different but in a good way. 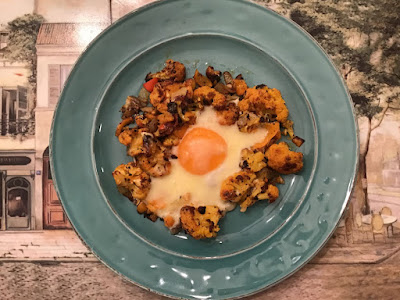 (picture taken before Parsley and Parmesan was sprinkled on the top)

A stovetop dish where you create two wells in the cooked vegetables, and place an egg in each towards the end of the cooking process.

Prepare and roast the cauliflower:

Place an oven rack in the center of the oven, then preheat to 450 degrees. F.

Wash and dry the fresh produce.

Cut out and discard the core of the cauliflower.  Cut into small florets.

Place on a sheet pan; drizzle with olive oil and season with salt, pepper and the spice blend.

Toss to coat and arrange in an even layer.

Roast for 21 to 23 minutes, or until brownded and tender when pierced with a fork.

Remove from the oven.

Cut off and discard the stems of the peppers; remove the cores, then medium dice.

Grate the Cheddar on the large side of a box grater.

Once the cauliflower has roasted about 20 minutes, in a large pan (non-stick if you have one), heat a drizzle of olive oil on medium-high until hot.

Add the diced onion and chopped garlic.  Season with salt and pepper.

Cook stirring occasionally for 3 to 4 minutes, or until slightly softened.

Add the diced peppers; season with salt and pepper.

Cook, stirring occasionally, 3 to 4 minutes, or until softened.

Add the roasted cauliflower.  Cook stirring occasionally for 1 to 2 minutes, or until combined.

Finish the skillet and serve your dish:

Using a spoon, create 2 shallow wells in the center of the cooked vegetables.

Crack an egg into each well and season with salt and pepper.

Evenly top the eggs with the grated Cheddar cheese.

Loosely cover the pan with foil and cook for 3 to 5 minutes, or until the egg whites are set and the yolks are cooked to your desired degree of doneness.  (We said next time we would cook our eggs for 4 minutes.)

Turn off the heat.

Carefully remove the foil and let cool at least 2 minutes.

Serve the finished skillet garnished with the chopped Parsley, Parmesan and as much of the hot sauce as you would like, depending on how spicy you would like the dish to be. 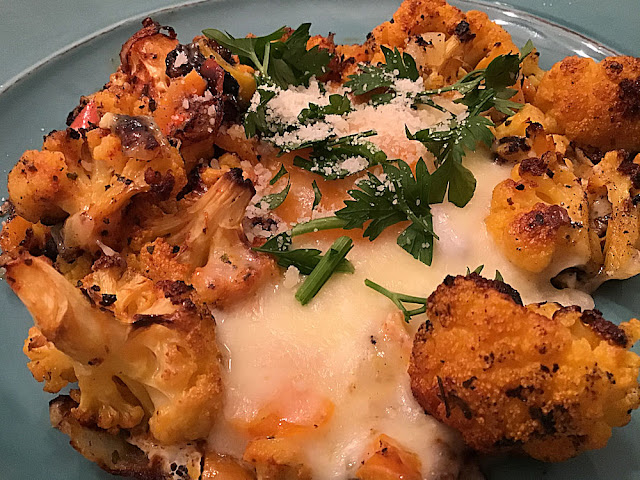 We were both surprised how much we liked this meal.  Apart from cooking our eggs four minutes instead of five, we wouldn't change anything.

The cauliflower was roasted very nicely.  Also for the first time a orange-ish cauliflower was supplied by Blue Apron.  I have seen them in the stores, but always stuck to the regular white cauliflower (still need to let my adventurous spirit fly free at times).  Blue Apron guides you to 'think outside the box', and I am beginning to enjoy trying new things.

Thanks for looking, have a great week and ... 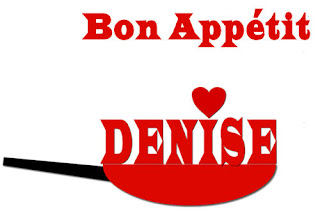