On Saturday it was sunny and in the 50s.  Looking outside we felt it was too good a day to waste.  We decided to go to Huntley Meadows where much to our surprise, the parking lot spaces were all taken (everyone else had the same idea).  No problem, we parked on the side of the road that enters the park, along with a couple of dozen other vehicles.  Our favorite part for our walk is along the boardwalk across the marshy wetlands.   There we saw several ducks, a couple I had never seen before. I had hoped to see some water birds but didn’t expect this many. 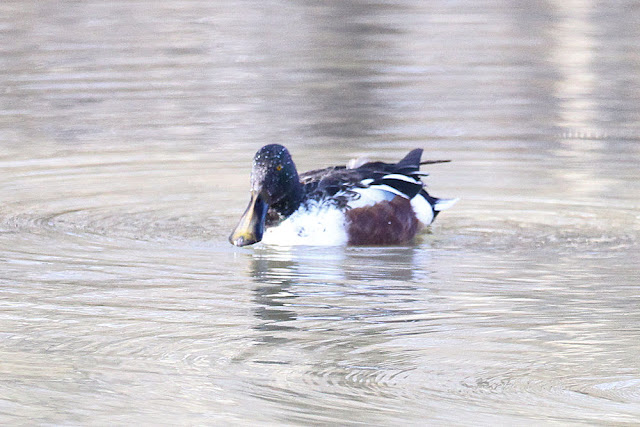 The first ones we came across were the Northern Shoveler. 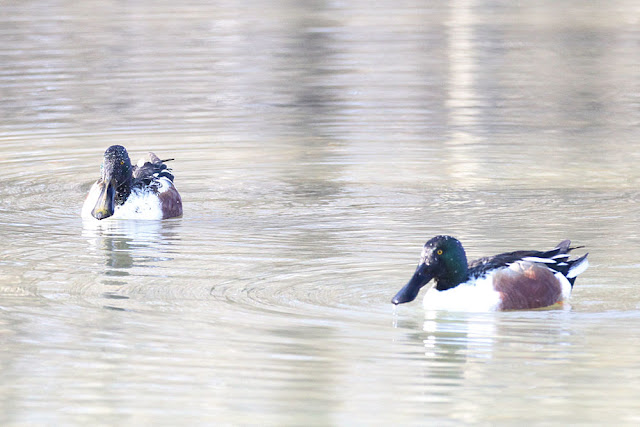 You can see right away why they are named.  Their beak is shovel-shaped. 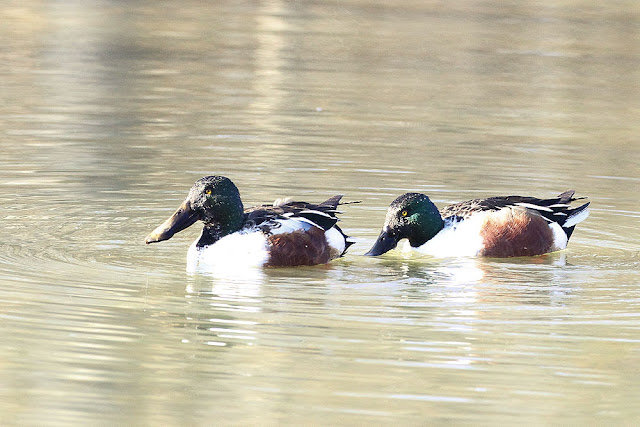 It is a medium-sized bird, larger than an American Coot but smaller than a Mallard.  Its eyes are yellow and it has an over-sized black bill.  It also has reddish-brown flanks, with a white chest and black back. 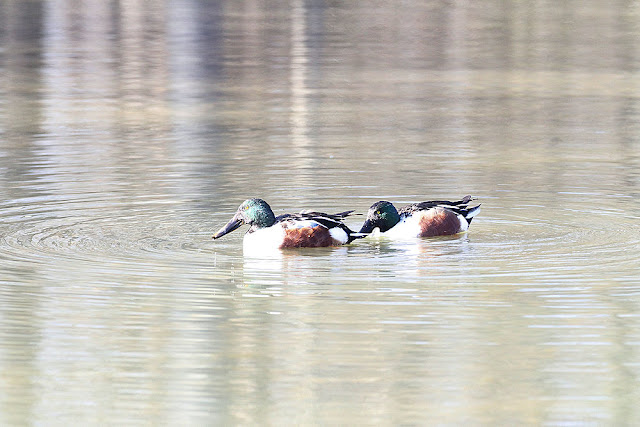 There is more information if you click on any of the red lettering in my posts.  Also if you belong to to Facebook or Instagram, you can see amazing photos that people share from Huntley Meadows. 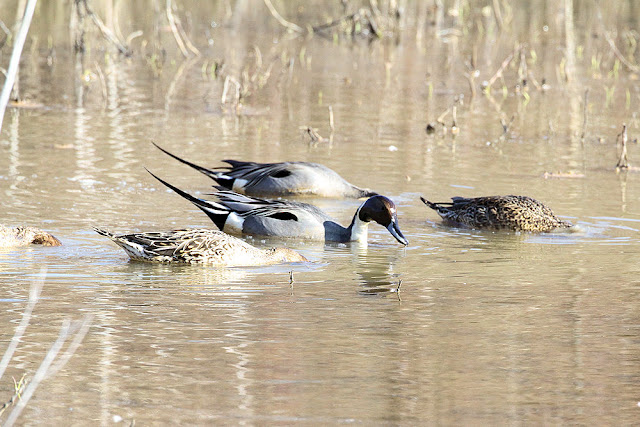 This one is the Northern Pintail.  I have never seen this one before.  Reading from the website... 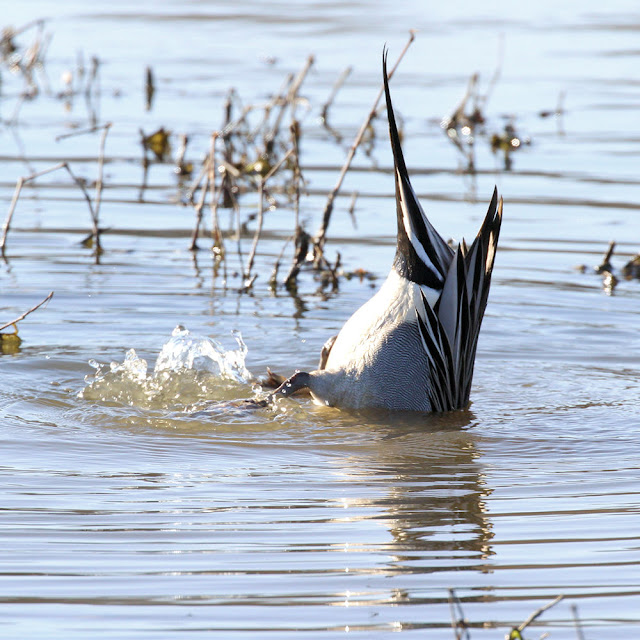 "Breeding male Northern Pintails stand out with a gleaming white breast and a white line down their chocolate brown head and neck. 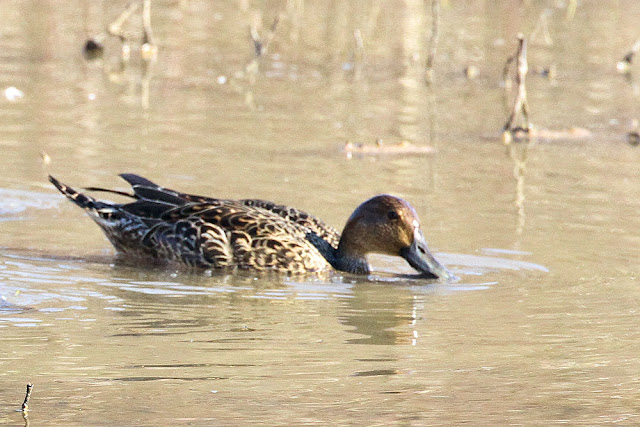 Females and males that are molting (eclipse plumage) are mottled in browns and whites with an unmarked pale tan face and a dark bill.  In flight, males flash a green speculum (the inner wing feathers or secondaries) and females flash a bronzy speculum. 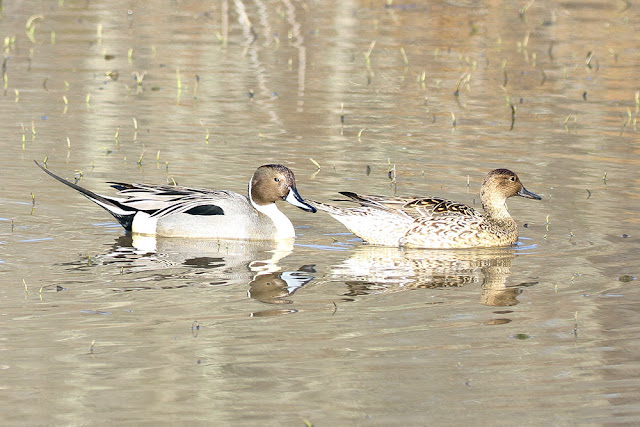 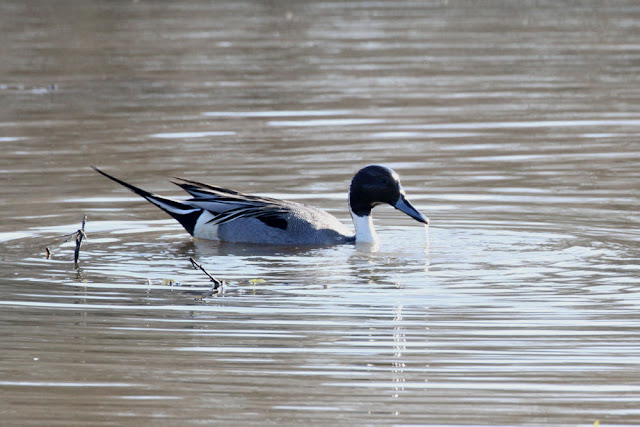 Next comes the Green-winged Teal, another I hadn't actually seen before.
It is the smallest dabbling duck in North America. It also has a cinnamon-colored head with a gleaming green crescent that extends from the eye to the back of the head. 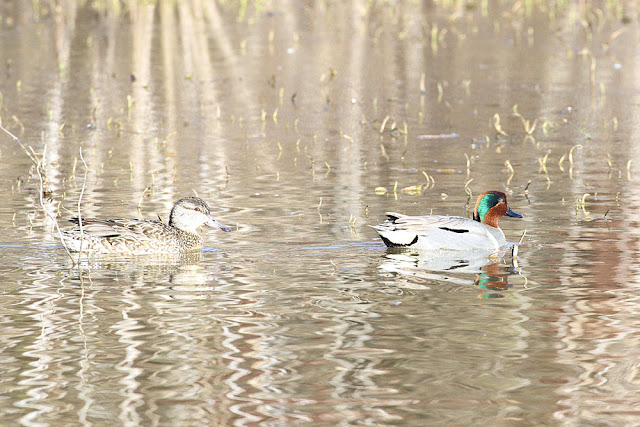 In both females and males, they have deep-green wing patches (specula). 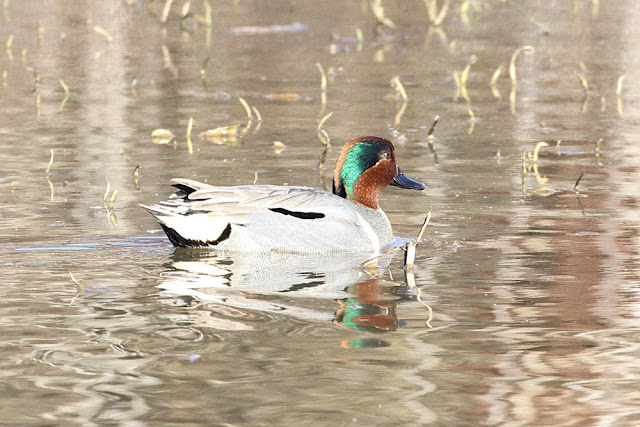 They can be found on shallow ponds and in flooded fields, and wintering flocks can number as many as 50,000. 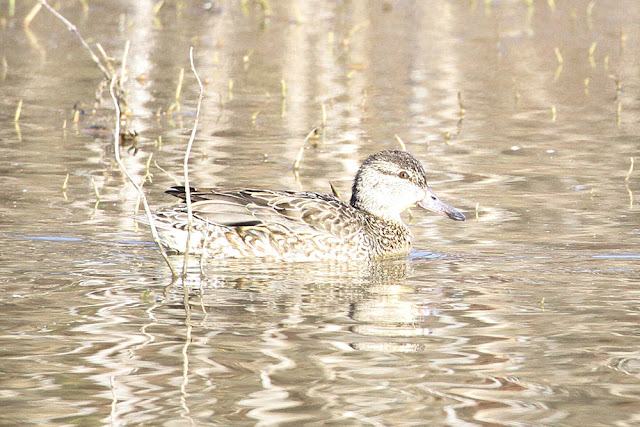 The last ducks I am sharing today are the Mallards. 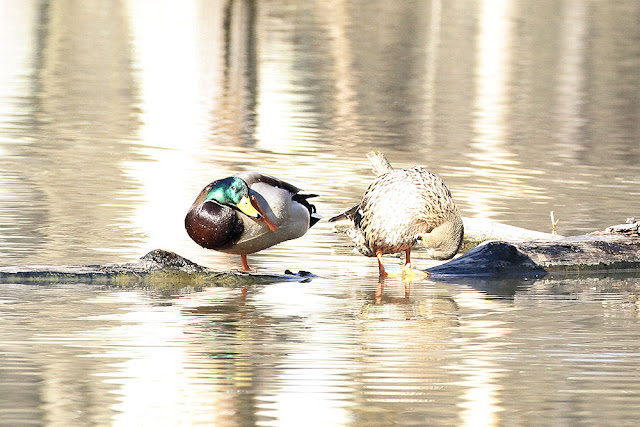 These are more familiar to us than the other ducks we saw today. 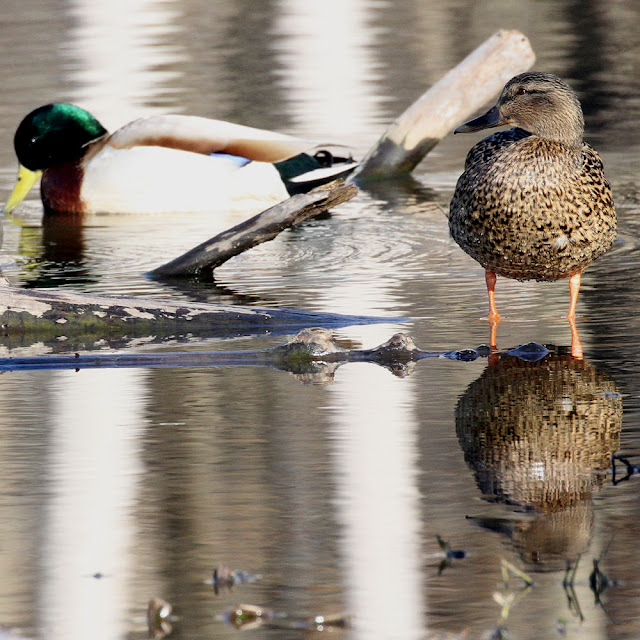 The Mallard is the ancestor of nearly all domestic breeds (everything except the Muscovy Duck).  Domestic ducks can be common in city ponds and can be confusing to identify.  They may lack the white neck ring, show white on the chest, be all dark or show oddly shaped crests on the head.  I read this and other interesting facts about the Mallard at this site. 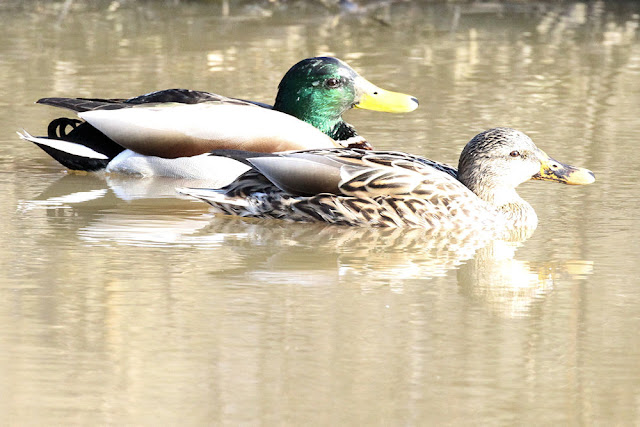 I put a few of the photos and names in a collage to end my post, using Paint Shop Pro. 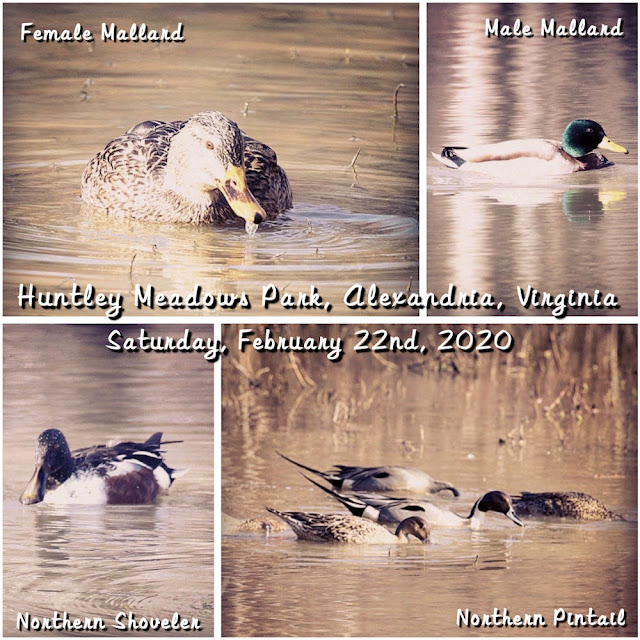 There will be another post on the rest of the park as soon as I can put one together.

Thank you for stopping by
and enjoy your day. 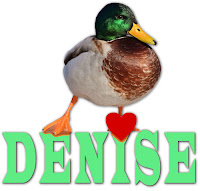