THE NOT SO TOTALLY UNEXPECTED VISITOR - A HAWK 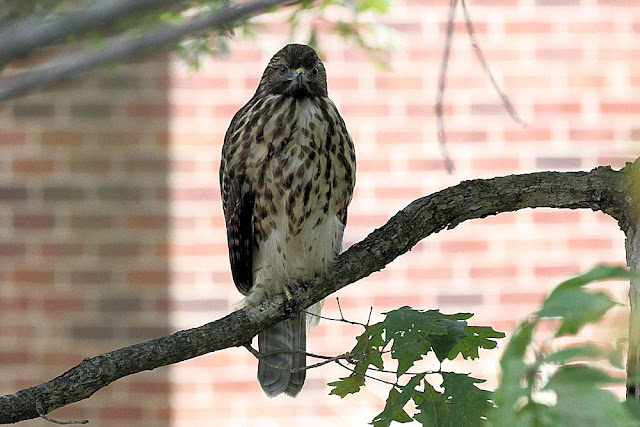 No, not totally unexpected I suppose, hoped for perhaps if I was honest.  The last couple of weeks I have seen flashes of a 'different' kind of a bird and I had thought it was a hawk. Ever hopeful I kept a watch every day but no more sightings, and then.... 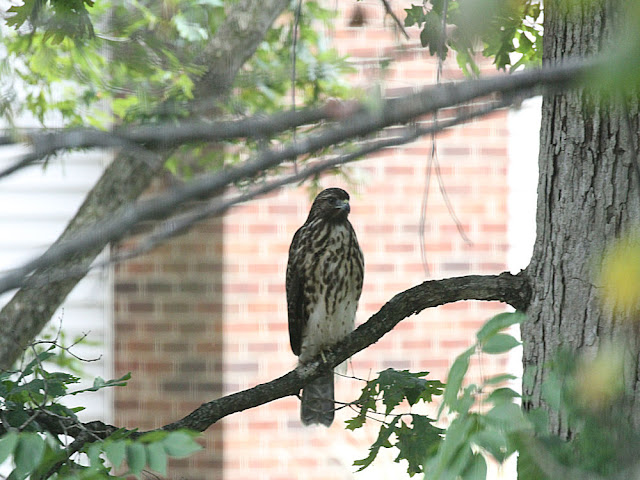 as I was walking by the patio door I saw a large bird in a tree, with a neighbor's chimney as a backdrop.  It was too far for me to properly see it with my own eyes.  At first I thought it might have been a crow, so thinking I was going to take a picture of said crow, I pointed my camera in its direction and looked through the viewfinder as I focused. 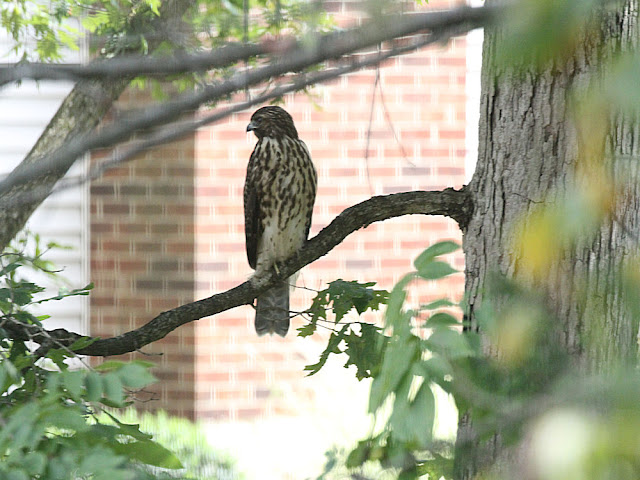 For the last week the birds have been scarcer than usual, and I was surprised by my Cardinal from yesterday, and then he left in a hurry.  The squirrels have also been hiding but later on I saw one lying flat out hidden under the bottom rail of the deck.  Squirrel was intently looking up at the sky. I said to Gregg that I bet it was hiding from a hawk.  I have seen woodpeckers adopting similar postures in the past. 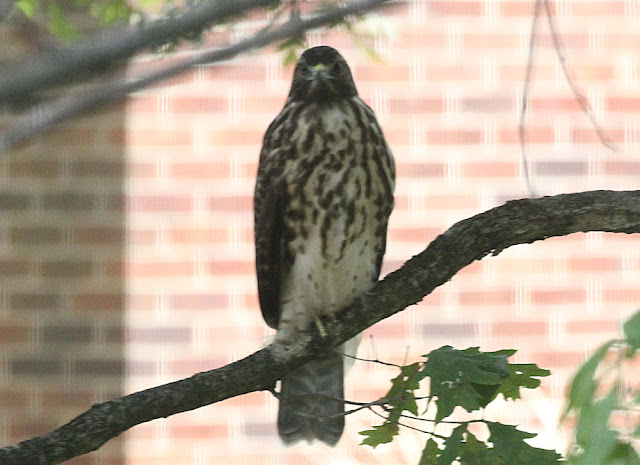 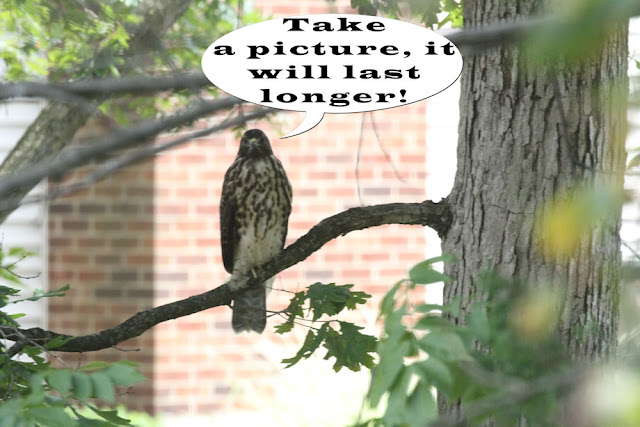 Why thank you, I will do that!  Ah yes, that must be your good side. 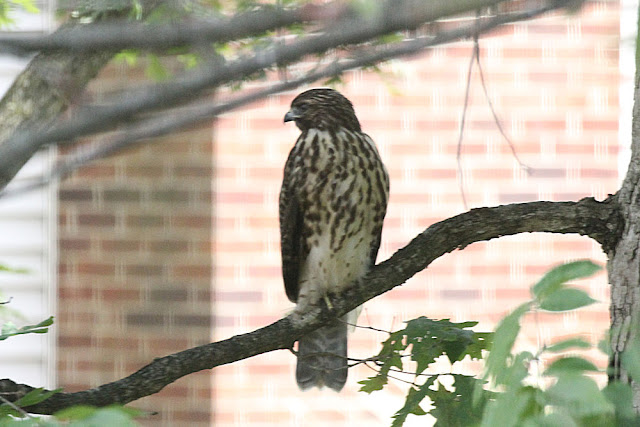 He was certainly looking all around for his next meal, which made me grateful that I hadn't been filling up the bird feeders.  Betwixt and between I felt guilty I was depriving it of its next meal, they have to survive after all, but please don't on my watch.  I expect he will be making his way out of the area before too long, and I will be able to start filling up the bird feeders again. 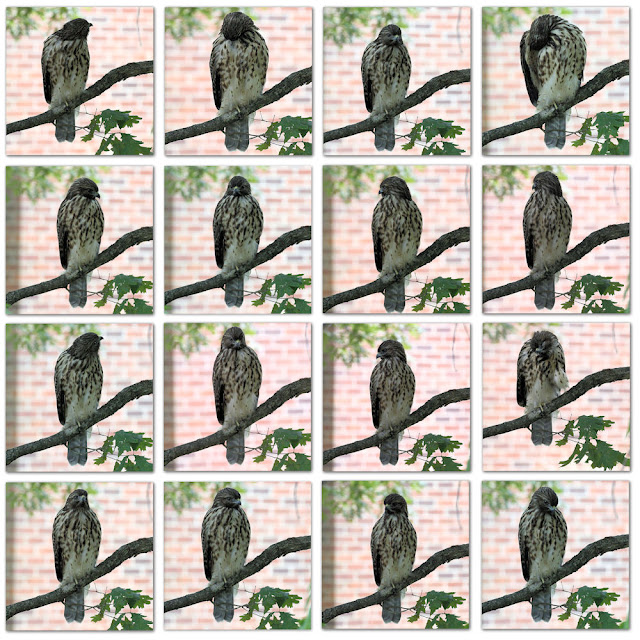 I went to get my cup of tea in the kitchen.  I was gone for a minute or two, and when I returned it was gone.  The birds and squirrels can breath easy.  I think our hawk has moved on as I haven't seen it since. 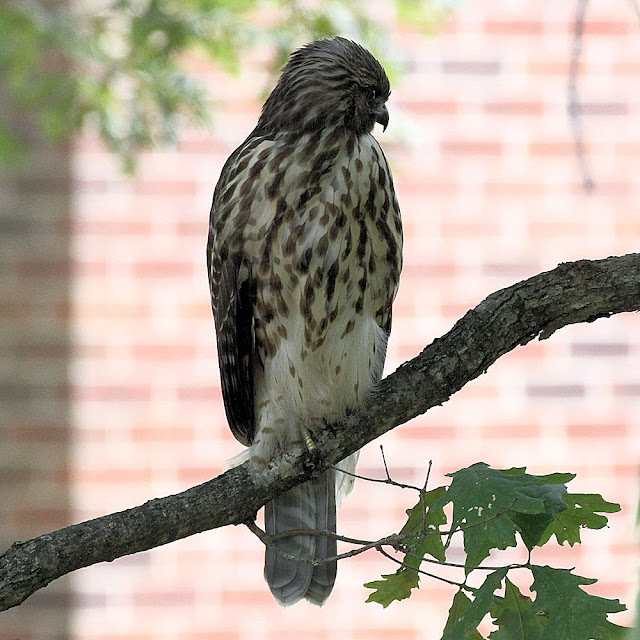 What do you think?  A Cooper's Hawk?  Red-shouldered Hawk?  I don't know my Hawks too well. I read that it is a sign of a good ecosystem to have them around, that they keep the rodent population in check, also snakes and other unwanted pests. 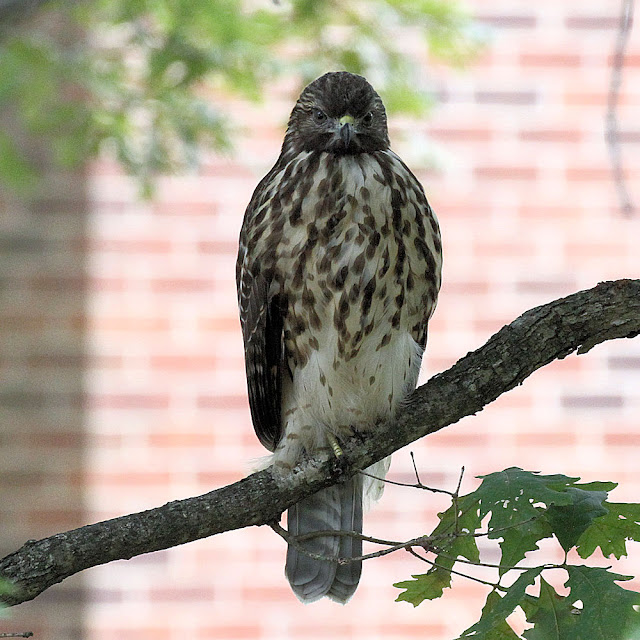 It was in the shade of the tree so the colors were considerably muted. 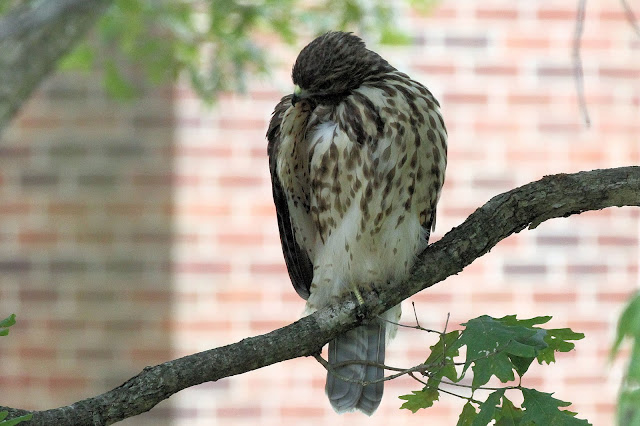 There is a web page here that might help, also here. 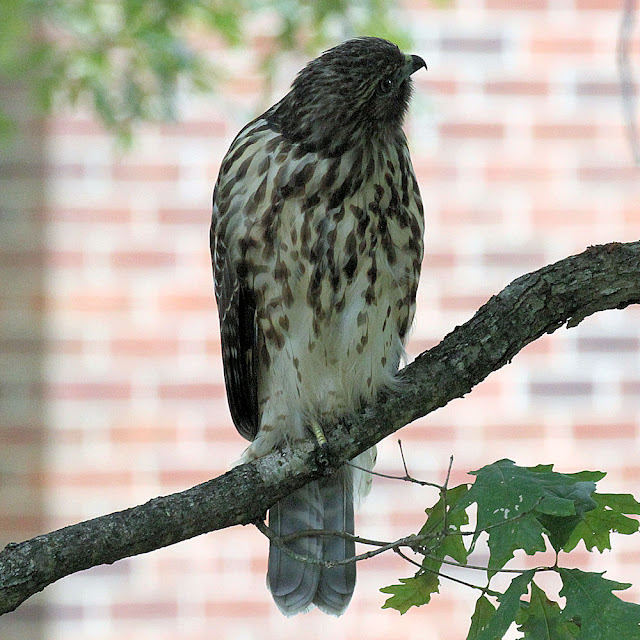 Thanks for looking at my hawk post.  I hope you have a visitor that brings you a smile today. Now on your bike my dear hawk and leave my little darlings alone.