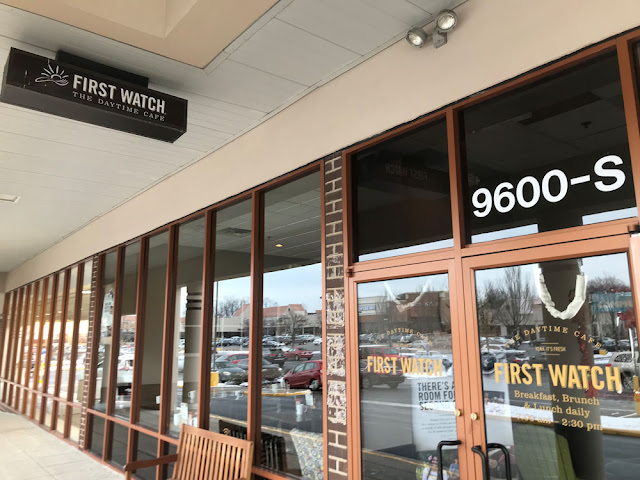 Last month we decided to go to lunch at a new restaurant - for us it was new.  We had seen First Watch advertised on Yelp and the reviews seemed very good.  We had tried one time before on the weekend, and the line was out the door. 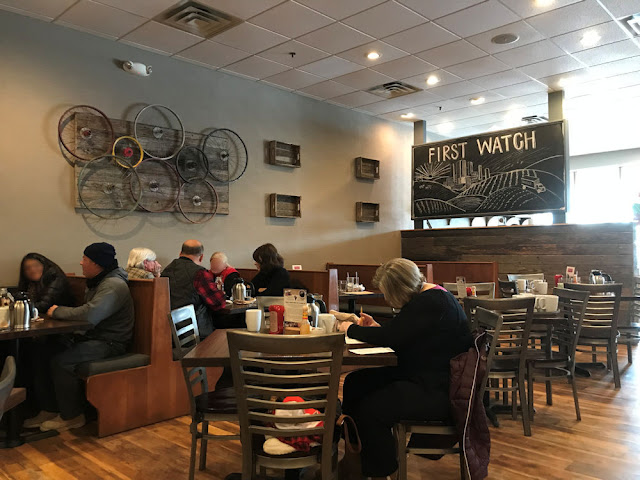 We went again during a weekday.  It was still very busy but we were able to get a table right away. 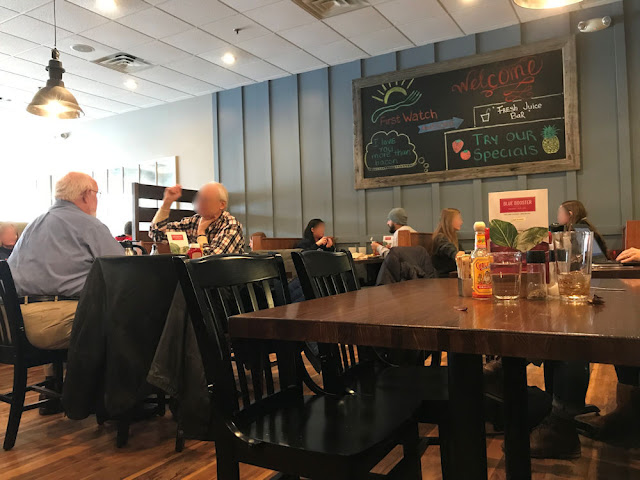 We sat down and it wasn't long before a young lady came over to ask if we would like a drink.  I ordered coffee and water for later.  Gregg had an iced tea. 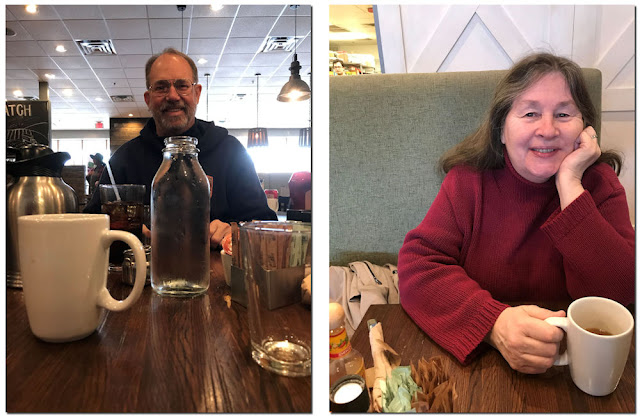 She left us with the menu and there was a lot to choose from, so much we weren't ready to order when she came back.  She gave us a few more minutes.

I think I settled on one thing and saw something else at least three or four times.  Finally I settled on this one.

At first you look at the calories and you go "wow".  But what I love is that a lot of restaurants add the calorie content after each meal on the menu, so you can plan. We didn't have breakfast and afterwards we went shopping.  By the time we got back home, this was our main meal of the day. 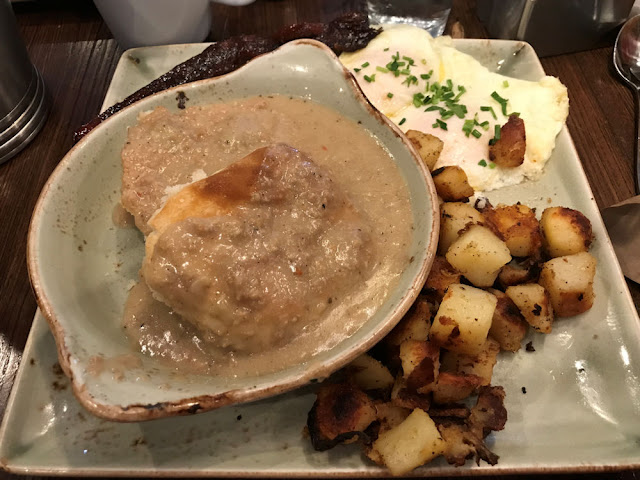 Gregg's meal was excellent he said.  Mine too.

The bread had a wonderfully crusty coating on the outside of the bread. 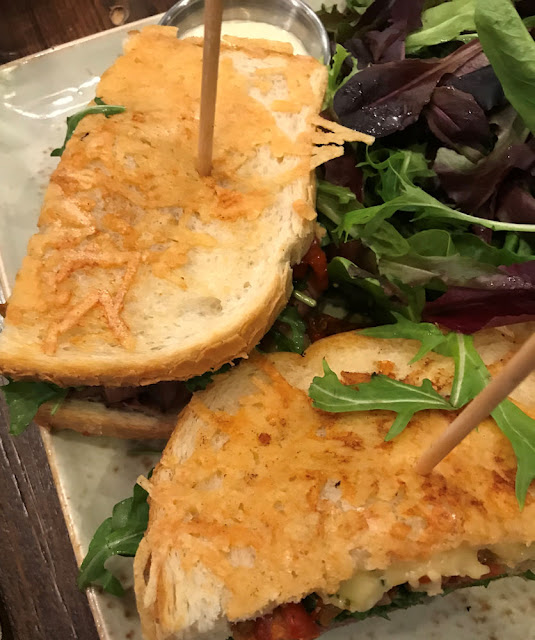 This was the first time we had eaten bacon this way, and gosh was it over-the-top yummy.

Another photo of Gregg's meal, the bacon came separately and we each had two slices. 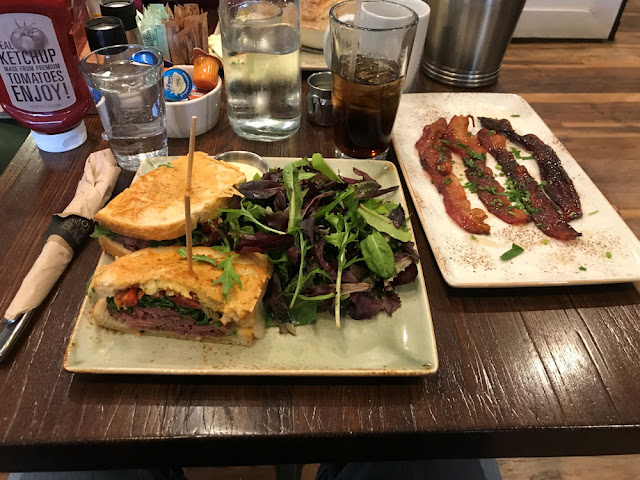 We were impressed with First Watch and will be going back.  There was a lot of food and next time we are going to ask for two plates, find a meal on the menu that we both like and share.

Our first experience at First Watch was an excellent one. The staff were friendly and the food was great. 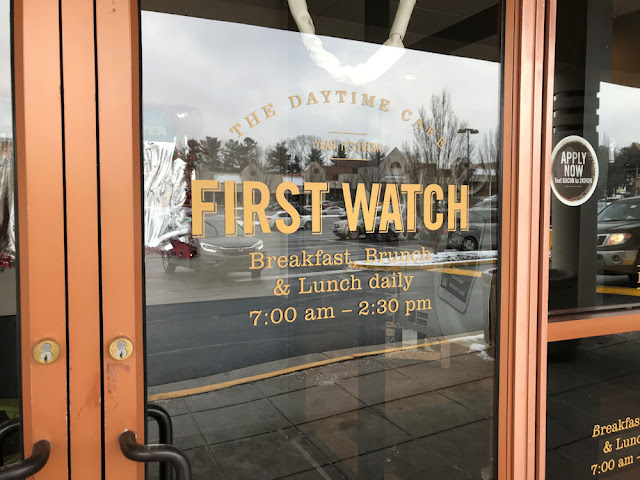 It was starting to snow when we left the restaurant but this was the second lot that we had and it wasn't very heavy.  We got home a few hours later having had no problems. 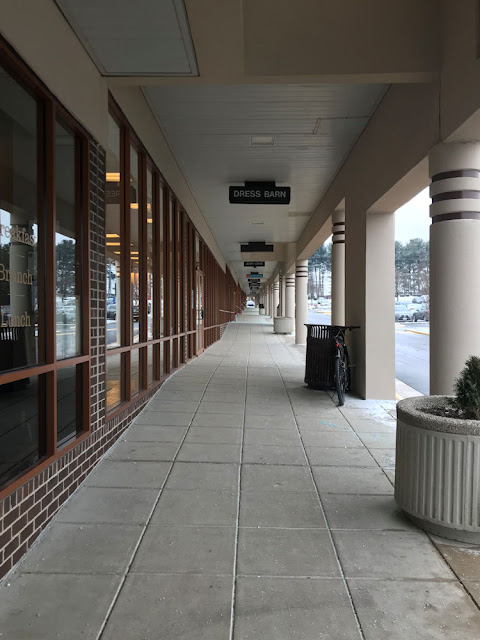 Wishing you all a great week.