A DARK-EYED JUNCO WITH LEUCISM

When I shared photos of my other snow birds at this post, I mentioned that an interesting little bird had joined them.  At first I thought it may have been a White Warbler, but now I think I was wrong. 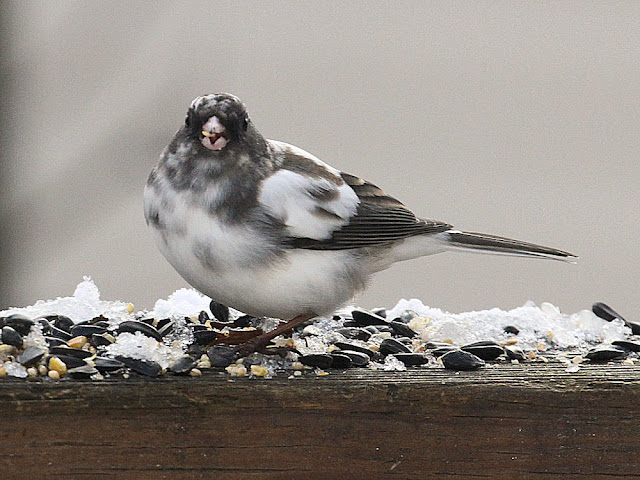 He visited again today with several other Dark-eyed Juncos.  I was able to take photographs this time, and when I studied them on a larger screen, the more I thought he actually looked like a Junco. 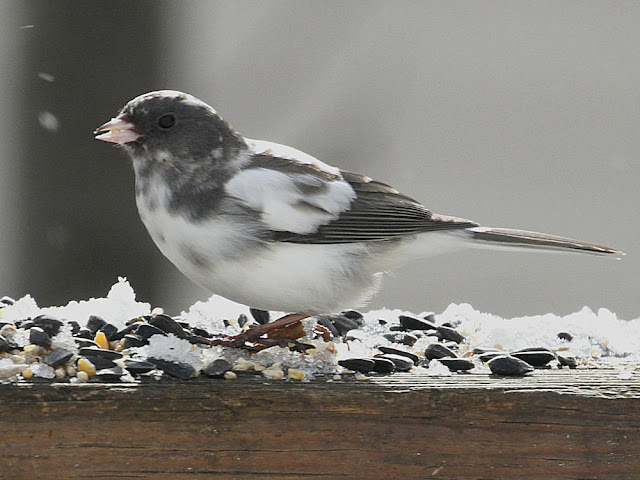 His feathers were definitely different, but in the back of my mind I had heard of a condition, maybe some form of Albinism, but that wasn't quite right. I would be very interested in what other more experienced blogging friends know.  I found the following on this website describing Leucism.  If you would like to visit the previous link in red, you can scroll down to the second paragraph and perhaps you could let me know what you think?  There is a also a lot of other interesting information. 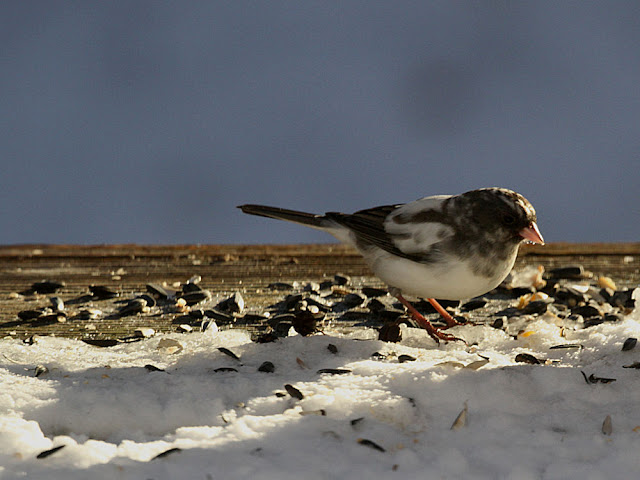 It says, "The outward appearance of leucistic individuals can vary considerably.  "Leucinos" may appear virtually pure white but still possess "normal-colored" eyes and skin; they may possess only a single white feather but otherwise appear normal; or may exhibit partially white plumage anywhere in between these two extremes.  Many older publications refer to this condition as "partial albinism" but the correct term is leucism." 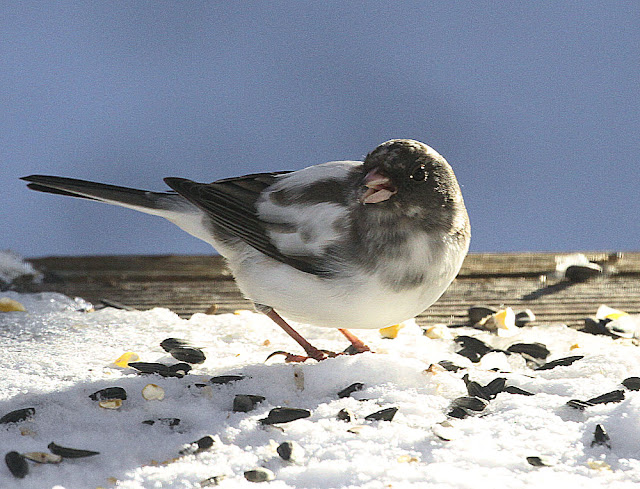 There is another website here with super photos of other birds with this condition. Even if they are very different from their families, I think those differences make them unique and beautiful. 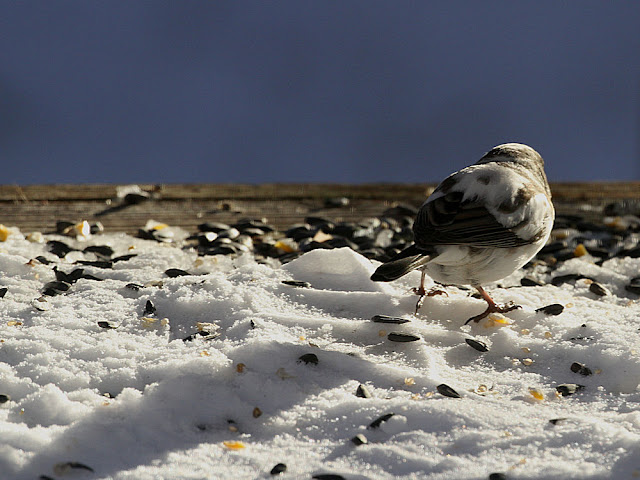 There were a few other visitors today.  I was happy to see them. 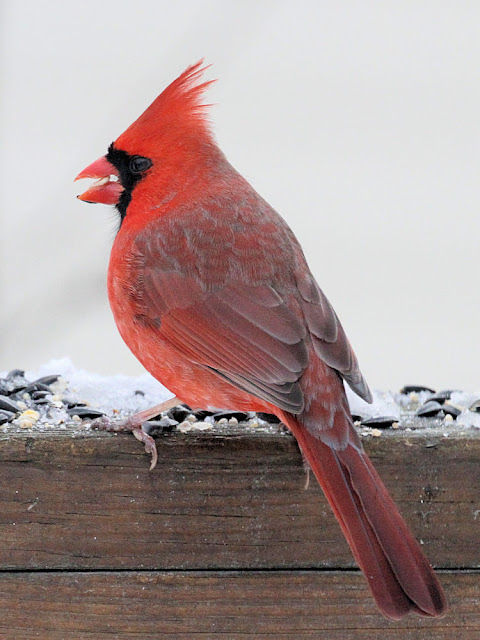 A male Cardinal.  Cardinals seem to be here in every season, but it's lovely to see him in the colder months too, and I often see the female. 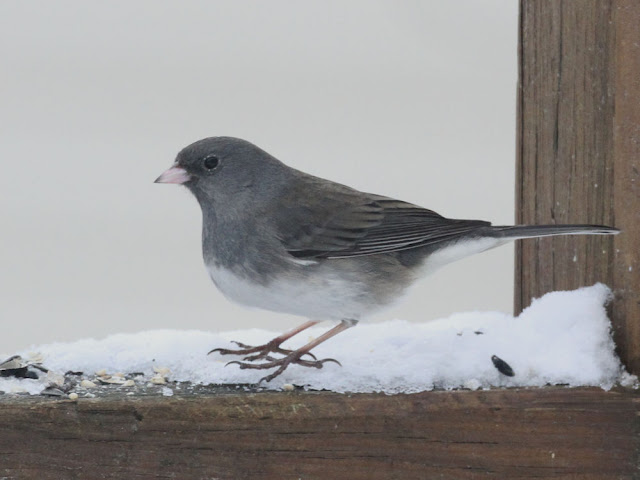 A Dark-eyed Junco who perched on top of the bird house.. 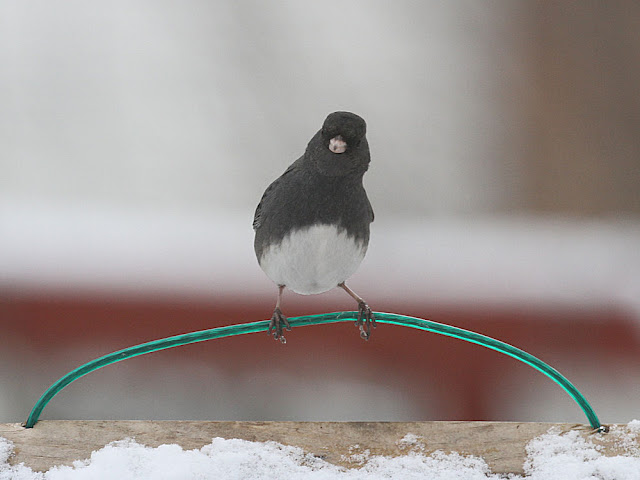 There were at least half a dozen Junco's with him. 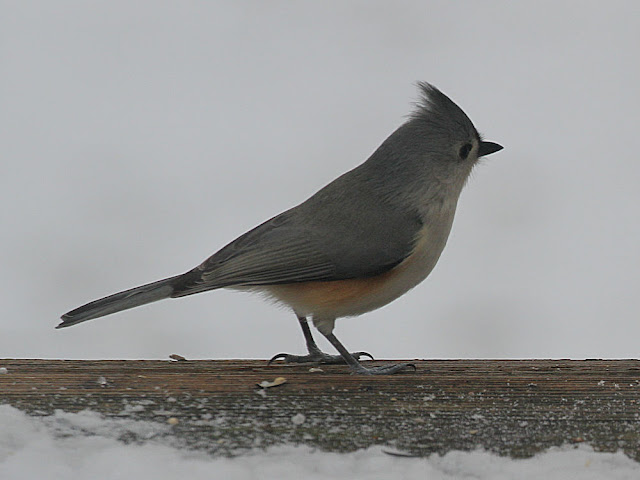 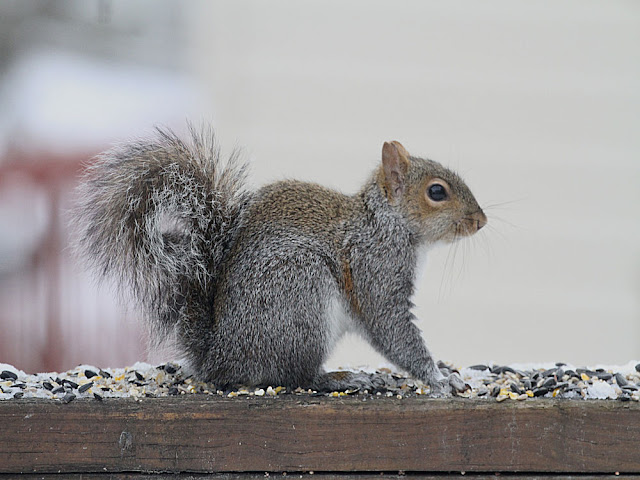 I know she is not everyone's favorite, but I do love our Grey Squirrels.  Always full of mischief and if you study them long enough, all with different personalities. 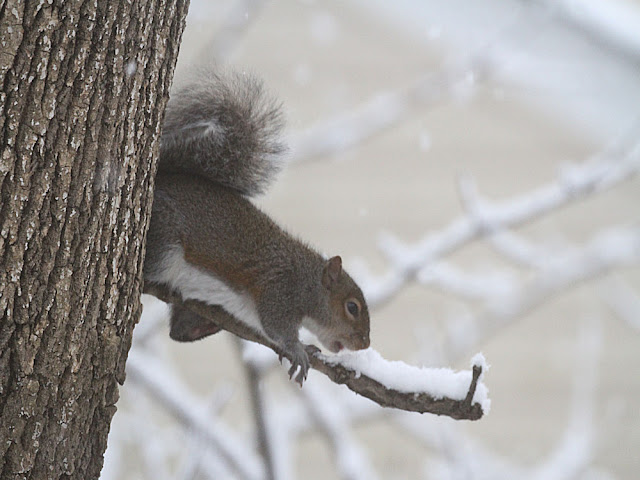 She looks a bit cold doesn't she? 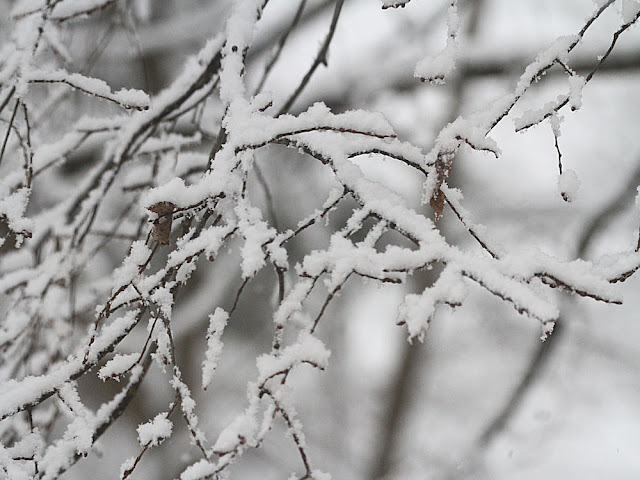 More snow photos of the trees.  I am wondering if I will ever get tired of seeing snow covered branches.  Maybe, but not now. 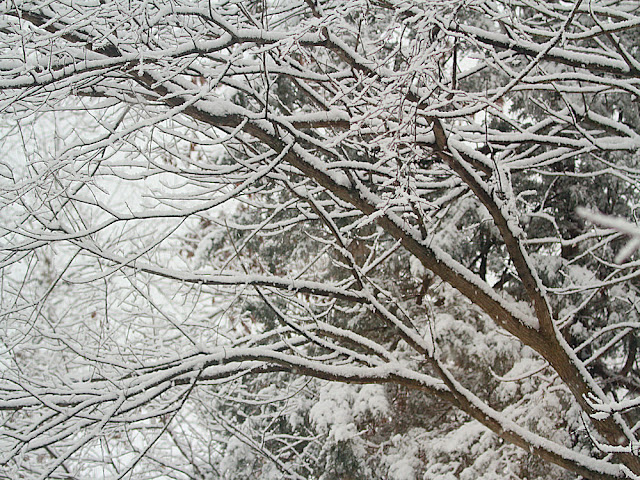 Stay warm everyone, especially those who are caught up in the middle of this Polar Vortex.  It is 11 degrees fahrenheit where we are, and going to dip down to 4, a heat wave compared to other parts of the US I expect.  I just read that there will be a 75 degrees warm-up by this weekend for some.  How crazy is that?

Posted by DeniseinVA at 8:55 PM