MORE PHOTOS FROM MY SISTER-IN-LAW - A TRIP TO SHANGHAI, CHINA

I am not posting my usual Monday recipe, so that I can share my sister-in-law's photos from her trip to Shanghai last week.  Her husband was on a five-day business trip and she accompanied him.  She kept in touch by texting when she could. 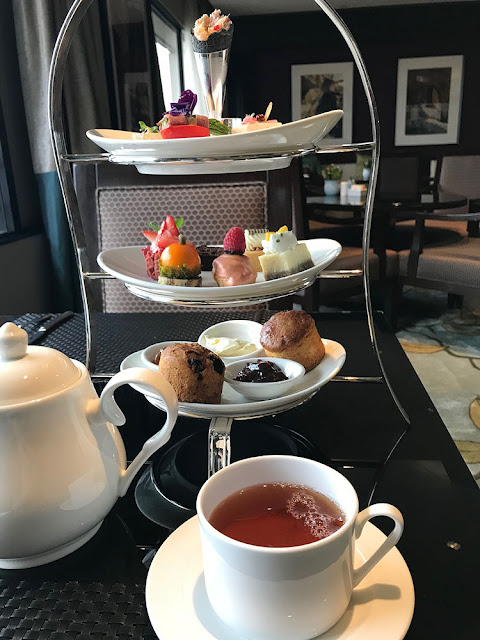 First of all, an Afternoon Tea at the one of the hotels. 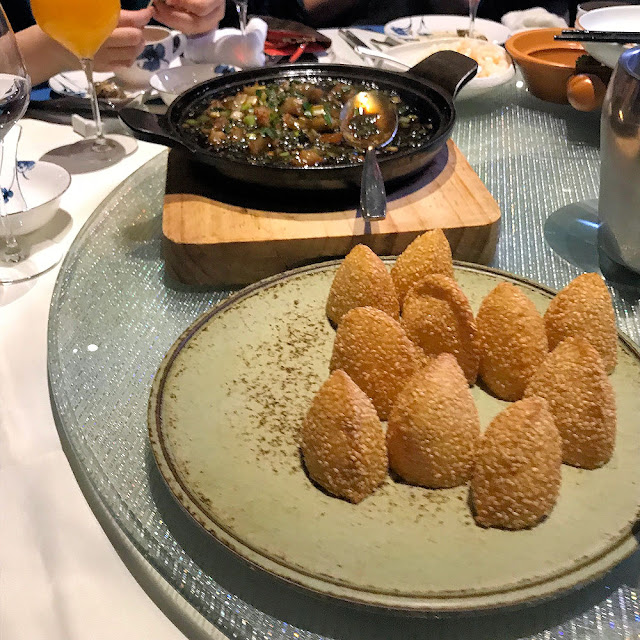 Another meal, not sure what everything is but it all looked excellent. I thought the dry ice effect underneath the dish of shrimp made a wonderful presentation. 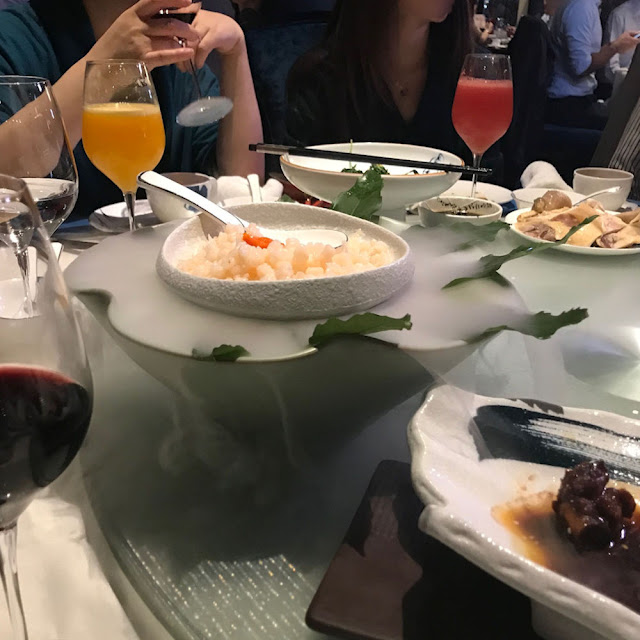 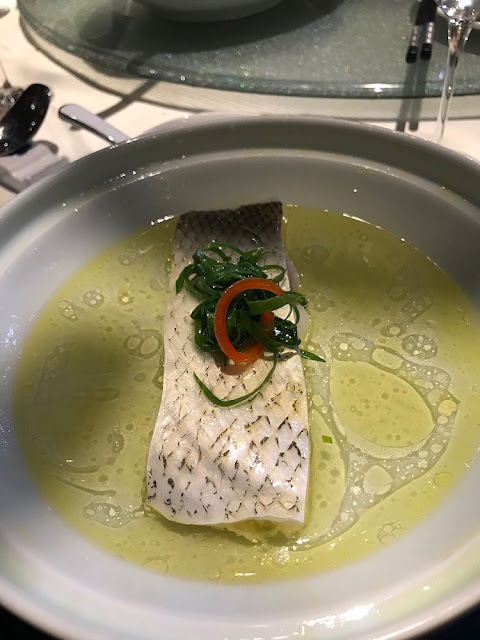 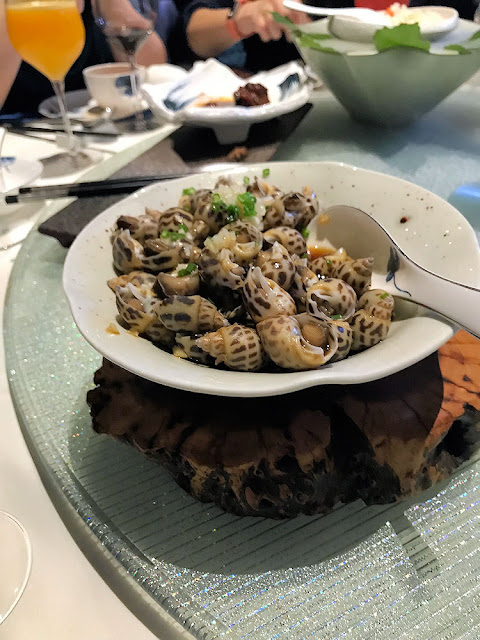 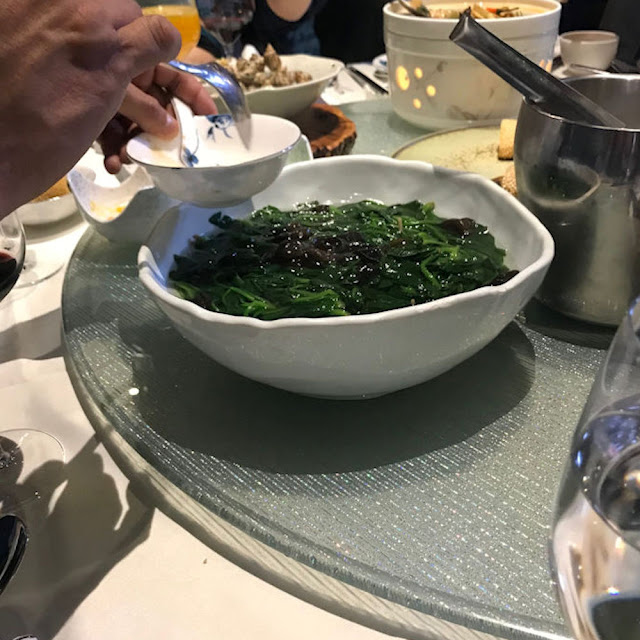 In the photo below, the large globe was a dessert.  We were told it was fried dough with air inside.  Not overly sweet. 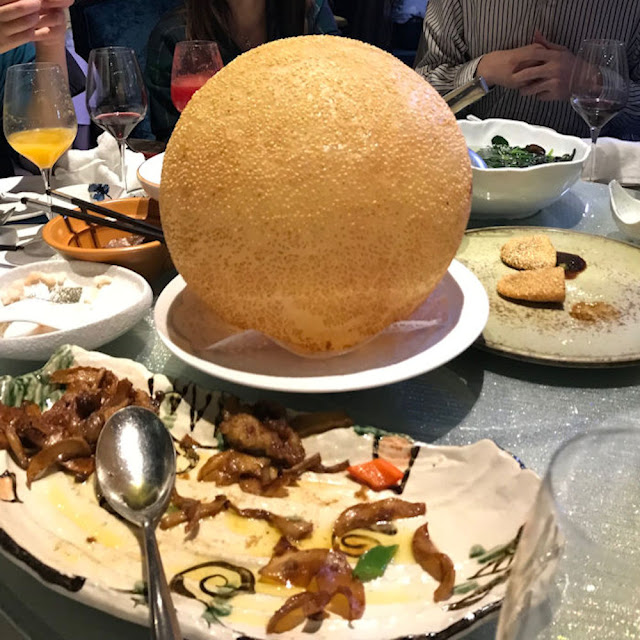 Here are photos she took while sight-seeing. 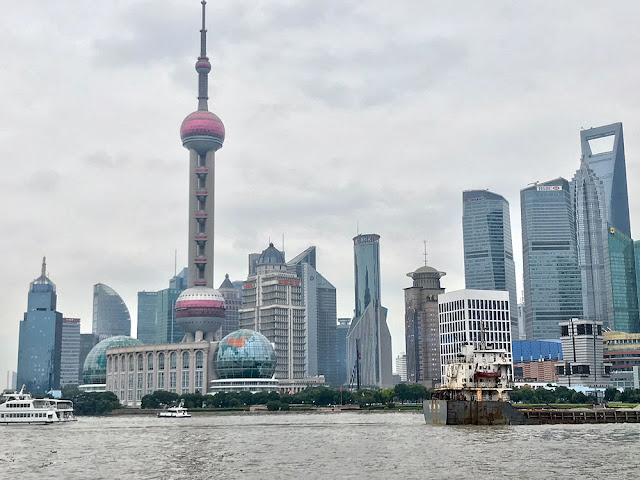 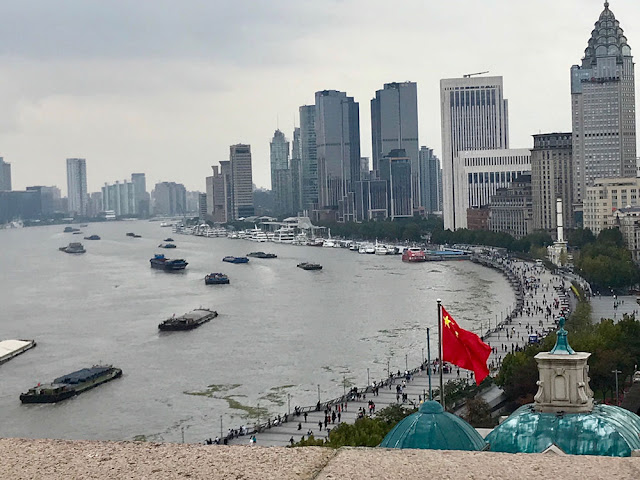 A few facts I read about.  Shanghai has a population of 24 million people as of 2014.  It is the most populated city in all of China. 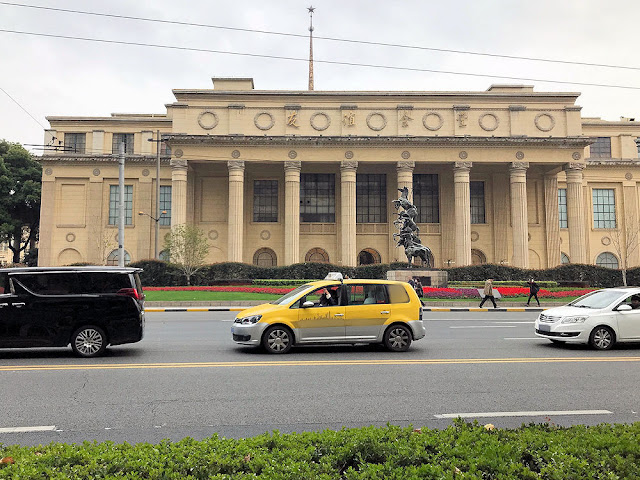 It has the longest metro system in the world and beneath the city of Shanghai there are 365 miles of tunnels and track.  There are 364 stations spread throughout the city, connecting major attractions, making it easy for international visitors to navigate. 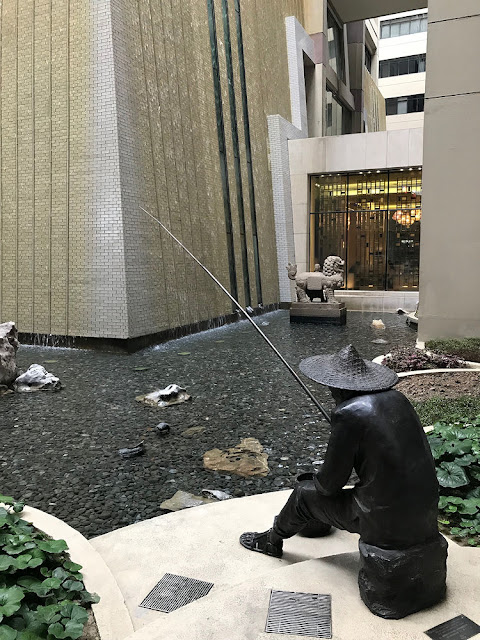 The dialect of Shanghai is known for its distinct pronunciation, which differs greatly from the standard Mandarin spoken in and around Beijing.  The Shanghai dialect or Shanghainese, is only 70 percent intelligible for standard Mandarin speakers.  However, Shanghai is such an international city, a large proportion of the locals will have a strong command of the English language. 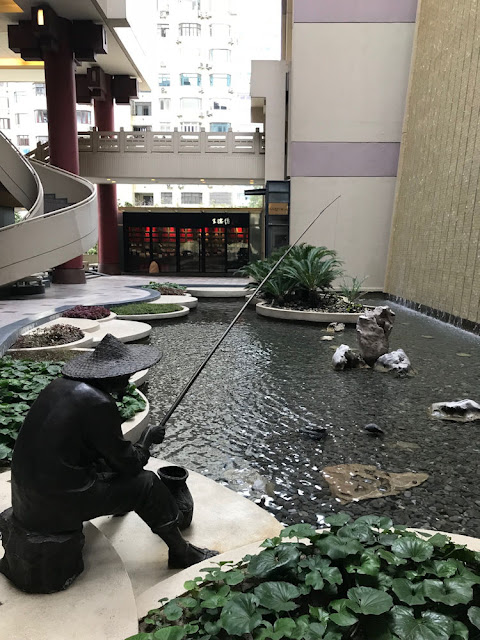 In 2016 Shanghai was named the most attractive city for expats for the fourth time in six years by International Talent Magazine.  48,000 expats were polled and asked to rank their city on categories such as living environment and policies for foreign professionals.  Shanghai is home to over 170,000 expats as of 2015. 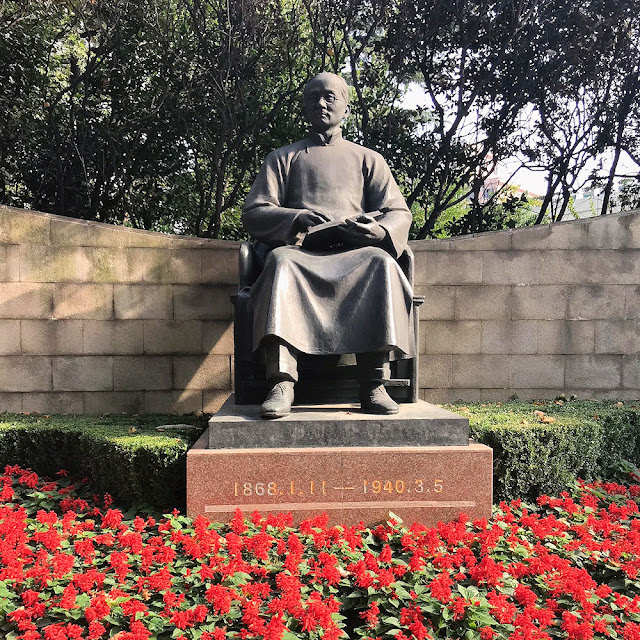 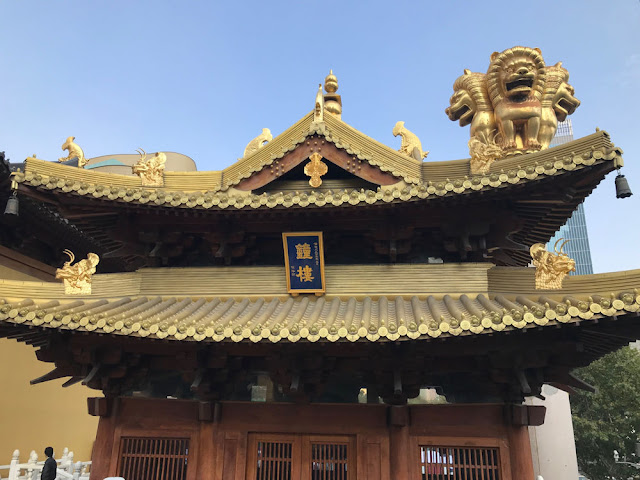 The best time to visit Shanghai is in the spring and Autumn.  Summers have temperatures in the 100 range, along with high humidity levels.  Winter temperatures hover around freezing and it is very damp. 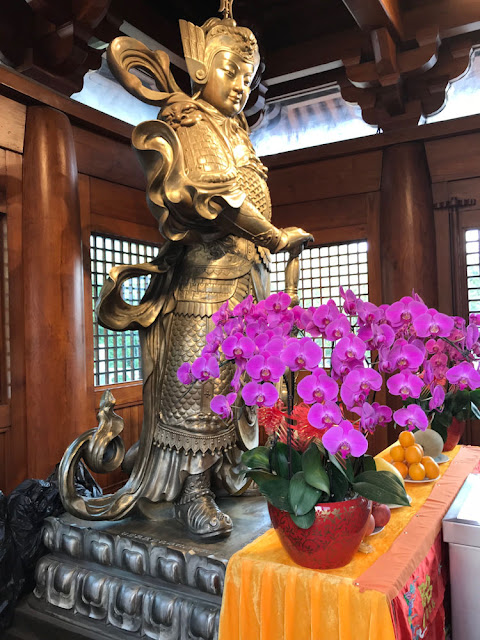 If you are interested in souvenirs, Shanghai is famous for its Silk, Antiques, Porcelain, Chinese Painting and Calligraphy. 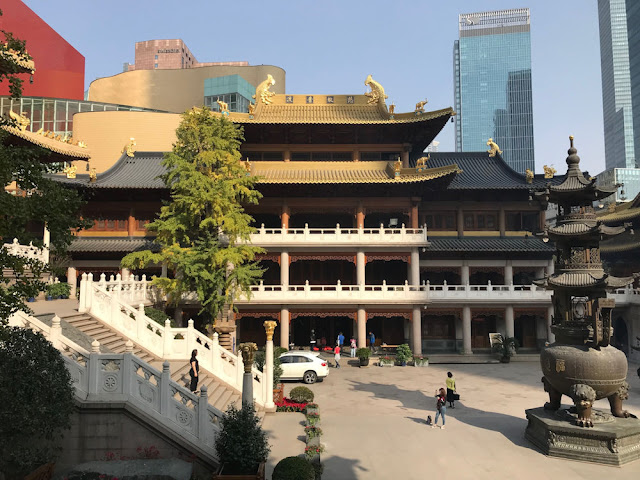 Through an online search I learned that the name of Shanghai means "Above/Upon the Sea", which alludes to the city's location along the Yangtze River Delta near the South China Sea. 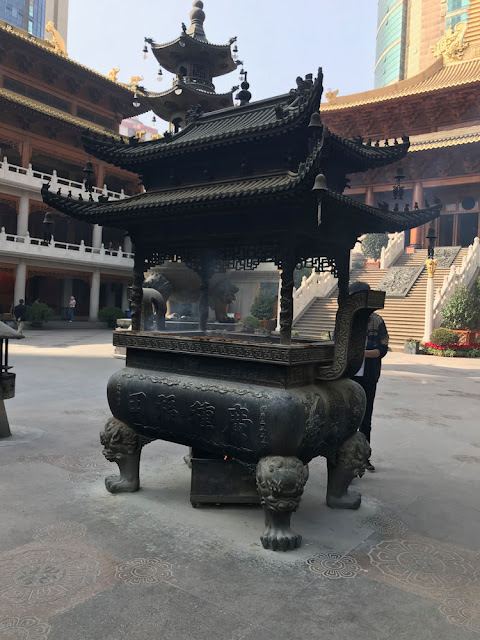 Early in its history, Shanghai was a fishing village.  In AD 1292 Yuan Dynasty established it as a country.  Presently it is the largest city in China and eighth largest in the world. 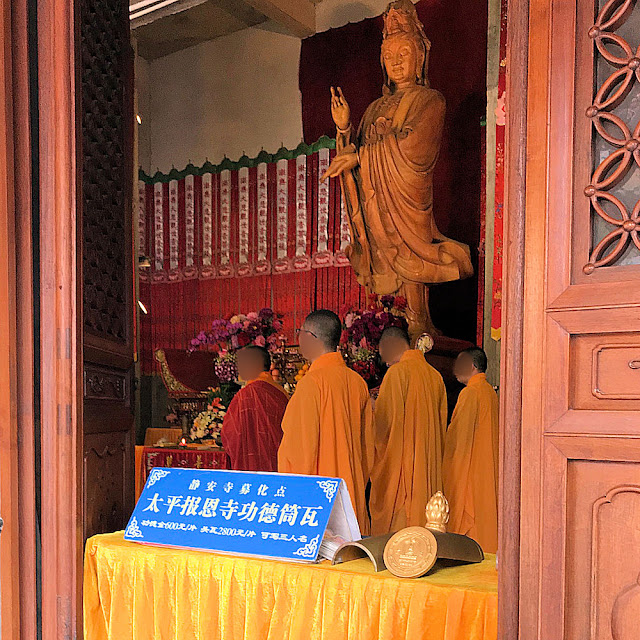 Shanghai cooking is sweeter than other areas in China, and they consume more sugar than any other part of China. 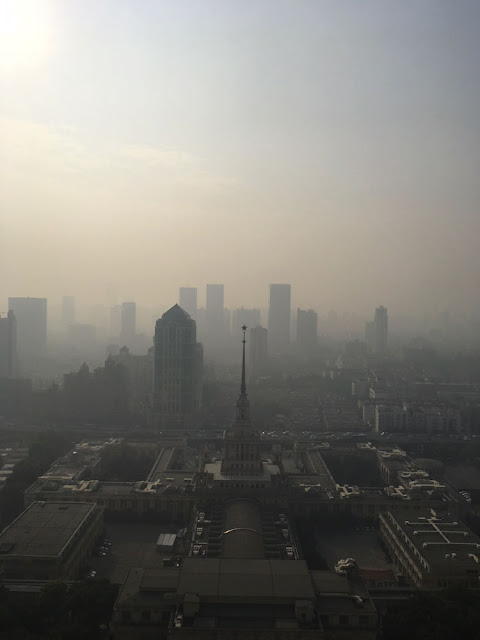 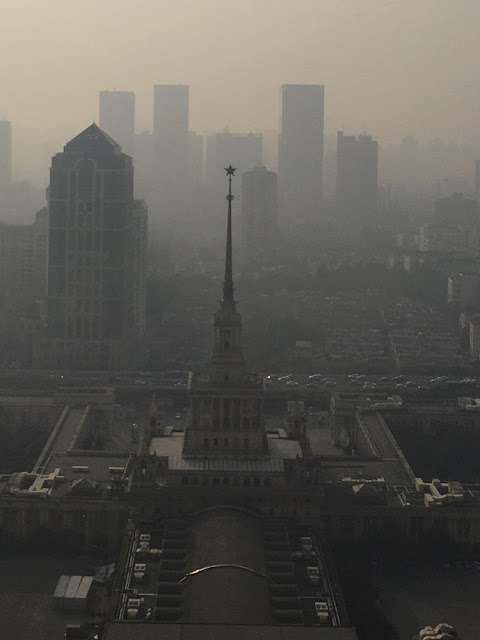 It sounded like a great trip.  The following photos she was almost back home. 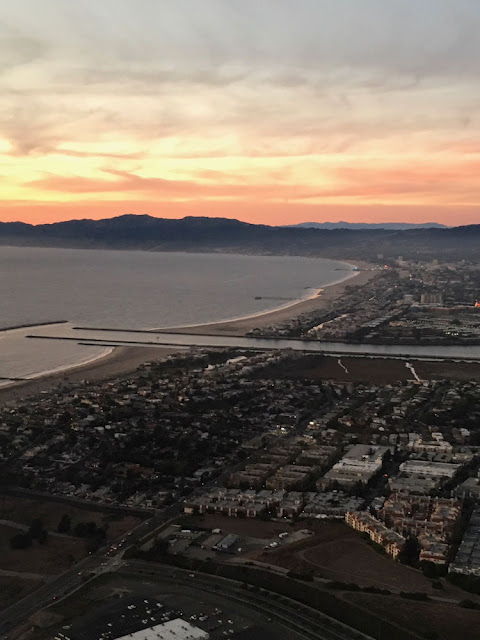 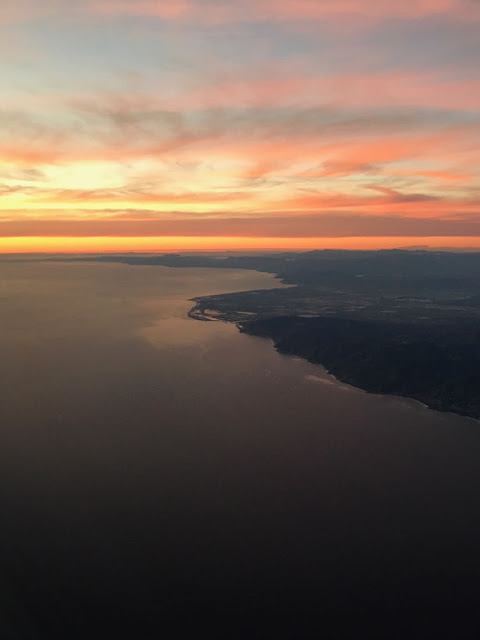 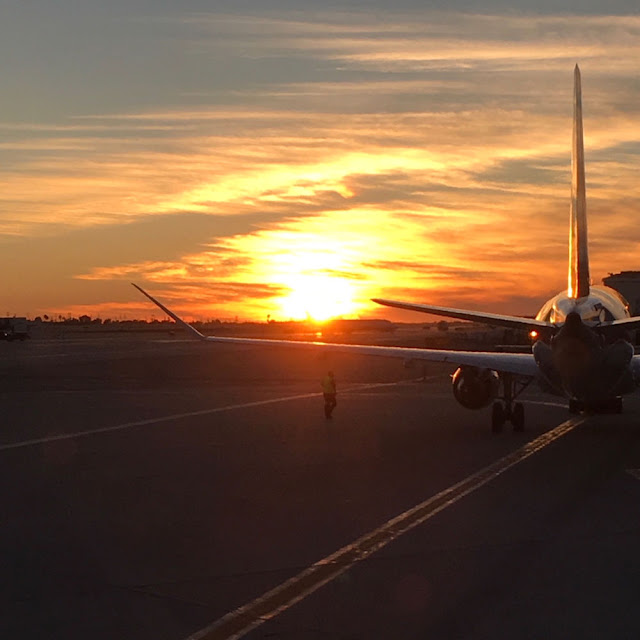 I hope you have enjoyed my sister-in-law's latest travels.  She always has my thanks for letting me share them.