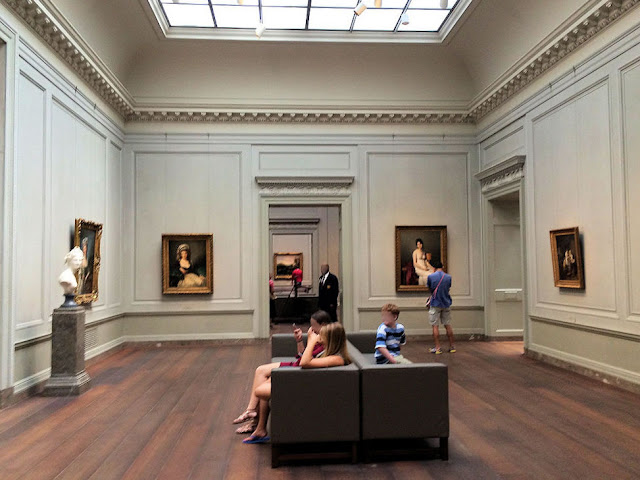 I didn't share all the photos I took when we last visited the art gallery, so thought I would do another post today. 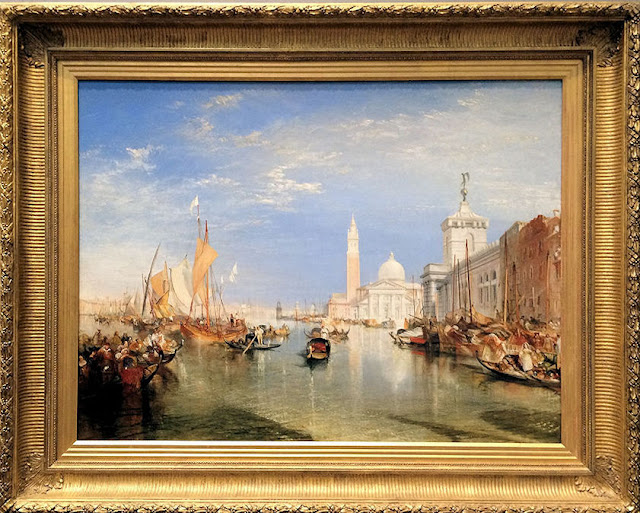 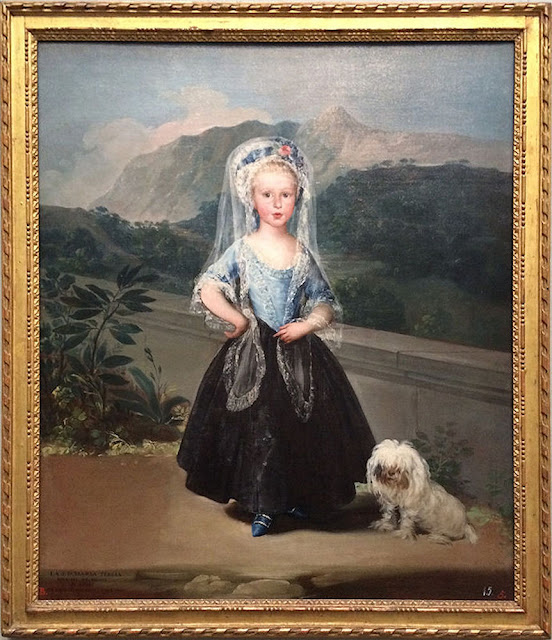 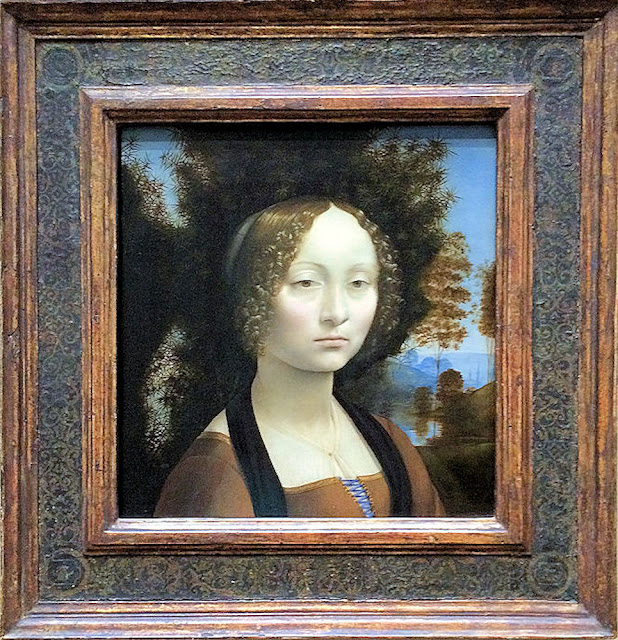 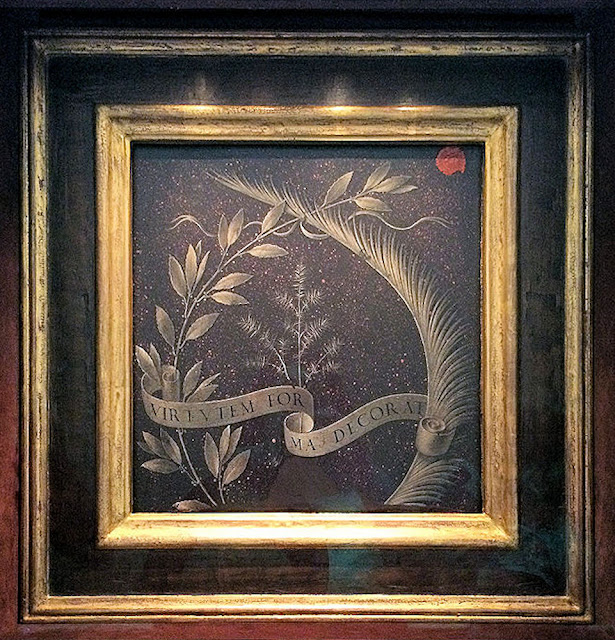 I was in awe to see a painting on display by Leonardo da Vinci.  It is the only one in America painted by the artist.  Ginevra de' Benci was a Florentine noblewoman who at the age of sixteen was married to Luigi Niccolini in 1474.  It is suggested that this may have been an engagement or wedding portrait, or commissioned by Bernardo Bembo, the Venetian Ambassador to Florence and Ginevra's close friend and admirer.

I was surprised that I could walk behind the painting to see the reverse side.  It showed that on the back was a wreath of laurel and palm encircling a sprig of juniper.  A scroll bears the Latin inscription, "Virtutem Forma Decorat" -  "Beauty Adorns Virtue."

Astonishingly, and I didn't know until I read this information on line a few days after our visit, on the front of the painting you can actually see Leonardo's fingerprints on the paint surface. These show how the artist used his hand as well as a brush to blend colors and create soft, delicate edges.  I dearly want to go back to the gallery to see this painting again, and look for those fingerprints.  I took a photo of the explanation which you can see below.  It will be easier to read if you enlarge.  You can read more here. 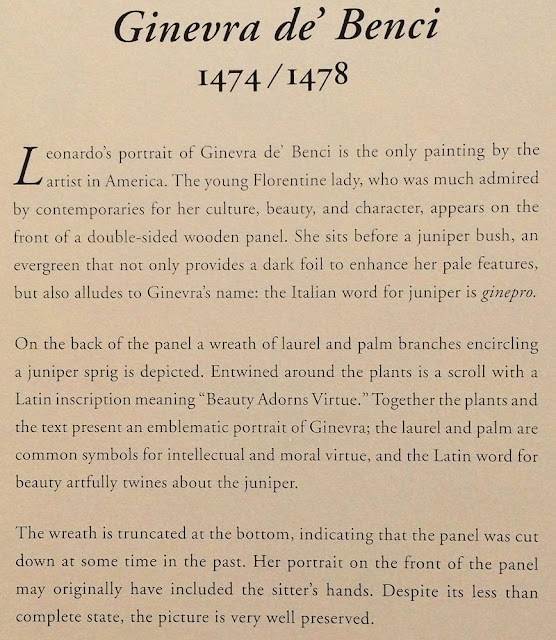 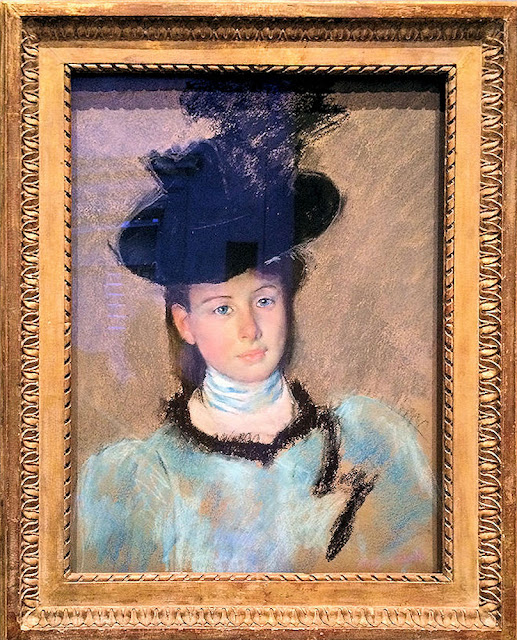 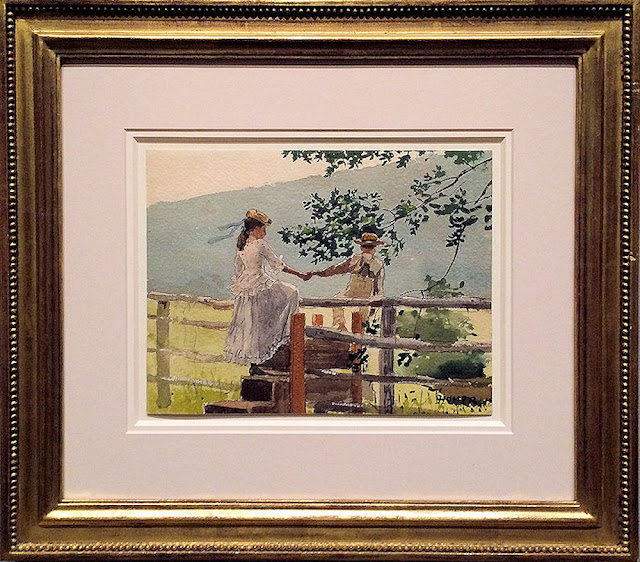 On the Stile
1878
Winslow Homer
American 1836-1910
Watercolor, gouache and graphite on wove paper
Collection of Mr. and Mrs. Paul Mellon 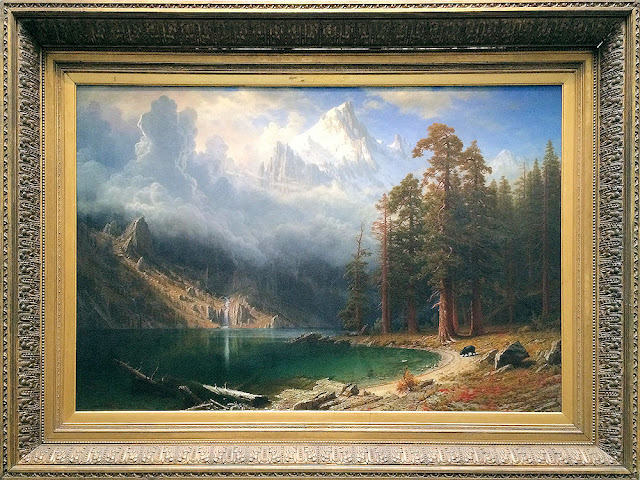 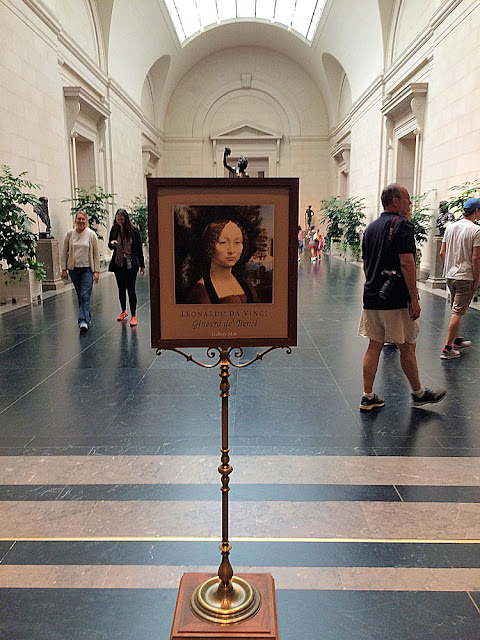 
Jesh at Seasons
Tom at Tuesday's Treasures
N.C. Sue at Wordless (on Tuesday) at image-in-ing
Betty at Wednesday Around The World
Posted by DeniseinVA at 5:00 PM

Email ThisBlogThis!Share to TwitterShare to FacebookShare to Pinterest
Labels: Art, Seasons, The National Gallery of Art_Washington DC, Tuesday's Treasures, Washington DC, Wednesday Around The World, Wordless (on Tuesday) at Image-in-ing