AROUND AND ABOUT IN OAHU 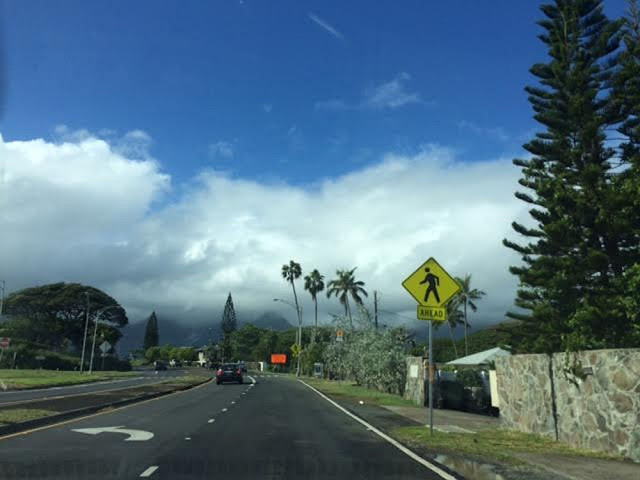 These were taken on one of our drives when we were on vacation a few weeks' ago.  Whenever we looked at the temperature it always seemed to be a constant 81 degrees, lovely compared to the chilly 20's we are experiencing right now. 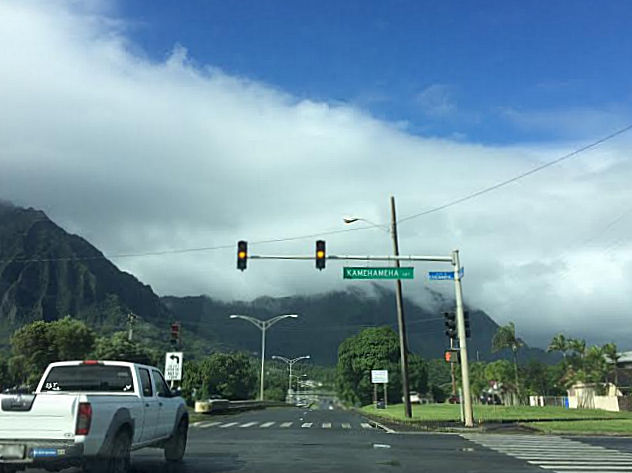 The photo below shows Diamond Head Lighthouse.  You can read its history here. 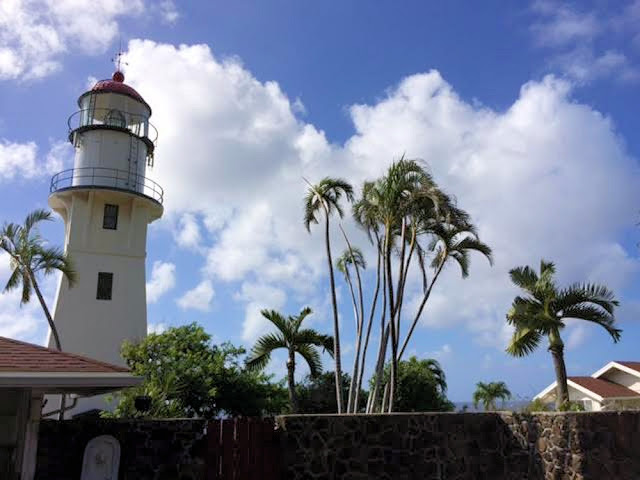 Some of the homes had the most magnificent gates. 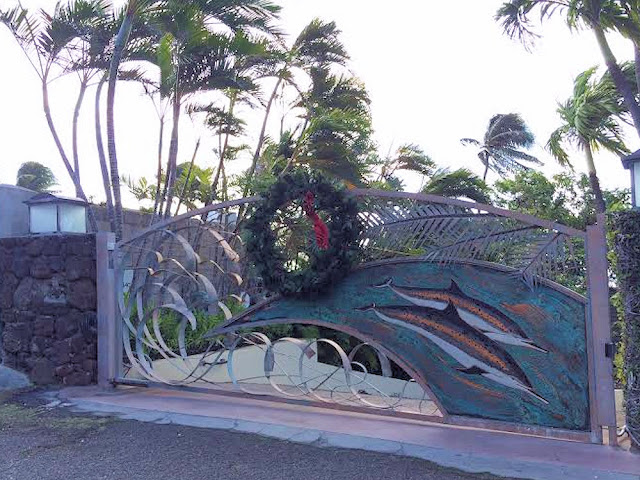 The next two photos were taken on the grounds of our hotel. This one is a gazebo. 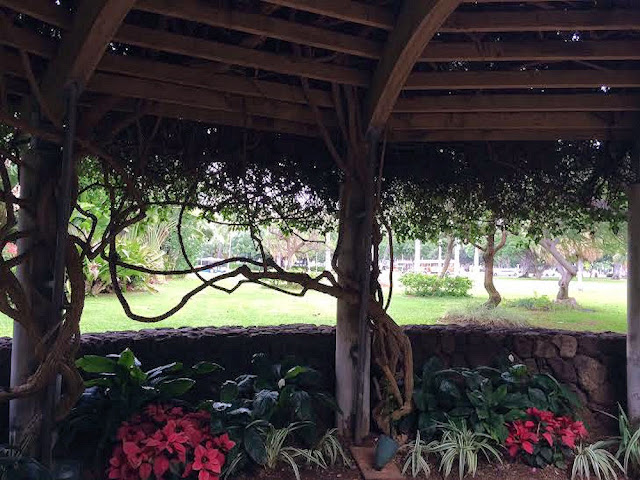 One of the things I love about Hawaii is that you will find chickens everywhere.  In the city, in the countryside.  They don't belong to anyone in particular and are considered wild chickens.  My sister-in-law told me that if they roam on your property they can be considered yours. 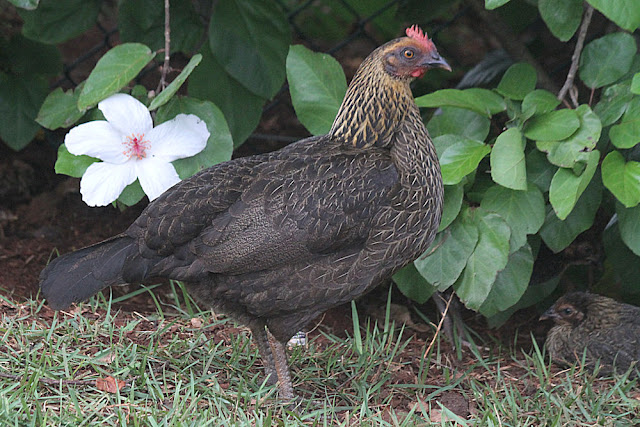 Chicks trying to get some snooze time. 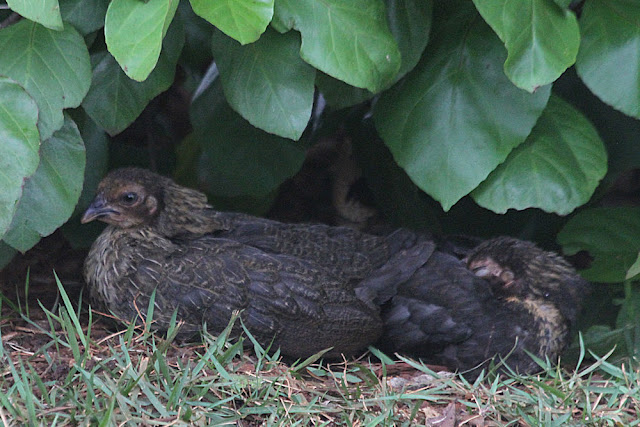 As were the aunties.

Papa Rooster was trying to keep a low profile. 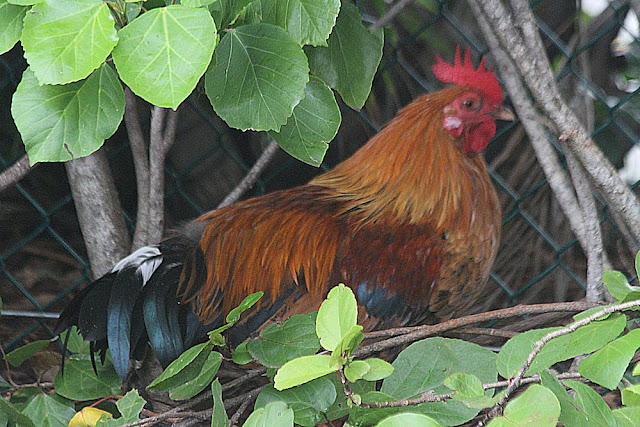 Five more facts about Hawaii.  I mentioned a few in a previous post.

2. Hawaii is the only state that grows coffee.

3. More than one-third of the world's commercial supply of pineapples comes from Hawaii.

5. The Iolani Palace in Honolulu is the only royal palace in the United States.  Electric lights illuminated Iolani Palace four years before the White House in Washington D.C. had them.

I am linking with the following memes, with my thanks to all our hosts.  Please click on their names to visit other participants.