The third and last post from the garden and our first flower here is a Sulfur Cosmos.   There will be a link in red lettering, describing what that flower is.  This one is native to Mexico, Central America and northern South America. 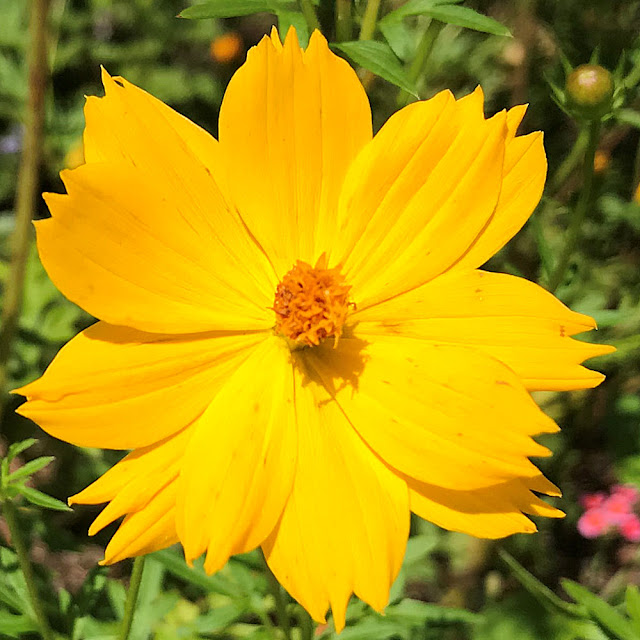 The next several photos are of Rose Mallow, also known as the Rose of Sharon, Syrian ketmia, Shrub althea or Korean rose.  They had many happy bees and butterflies visiting, other flyers also. 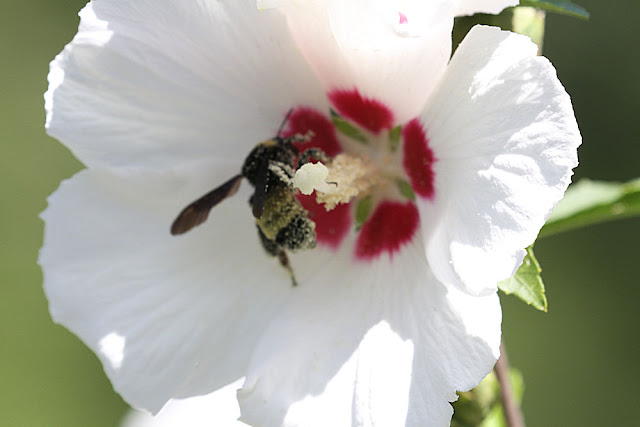 Other names, the Swamp Mallow, Marsh Mallow and Marsh Hibiscus. 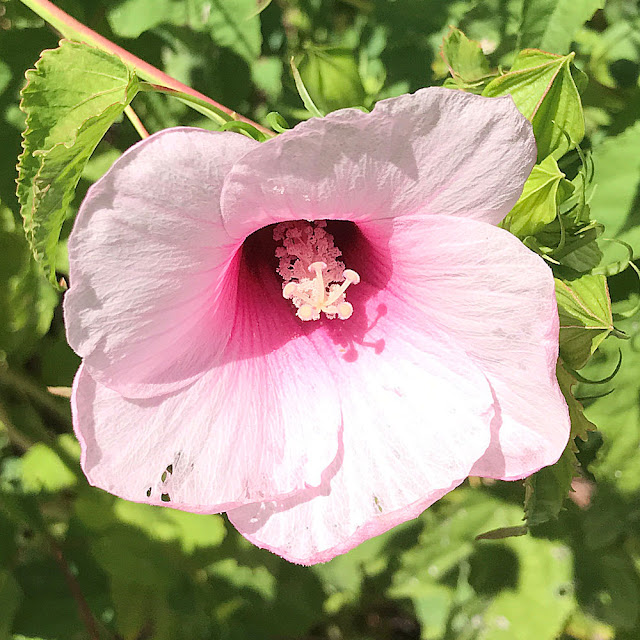 Swamp hibiscus plants are water-loving plants and they will stop blooming in dry soil.  However, the plant, which dies and enters a dormant period in winter, should not be watered until it displays new growth in spring.  Once the plant is actively growing, it needs a deep watering two or three times per week during warm weather. 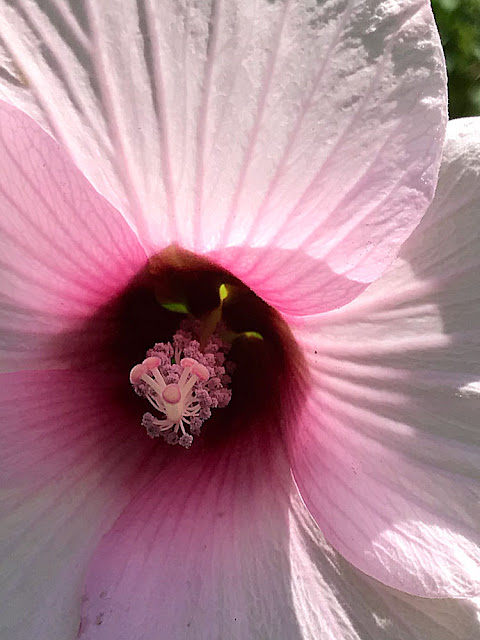 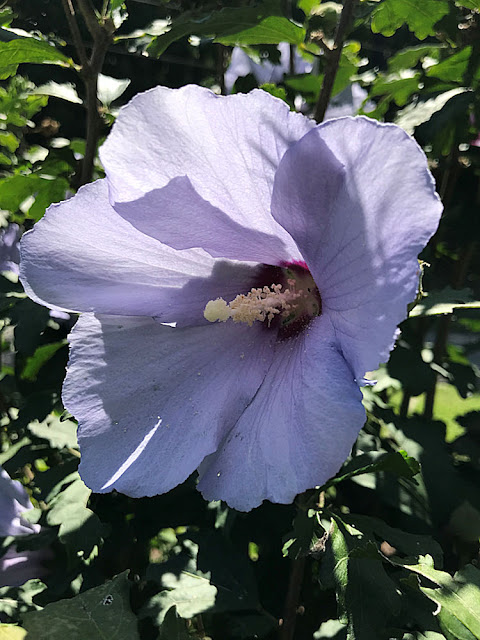 I have only seen the white blooms growing wild, and pink grown in other gardens, but I have never seen the lavender.   They were beautiful! 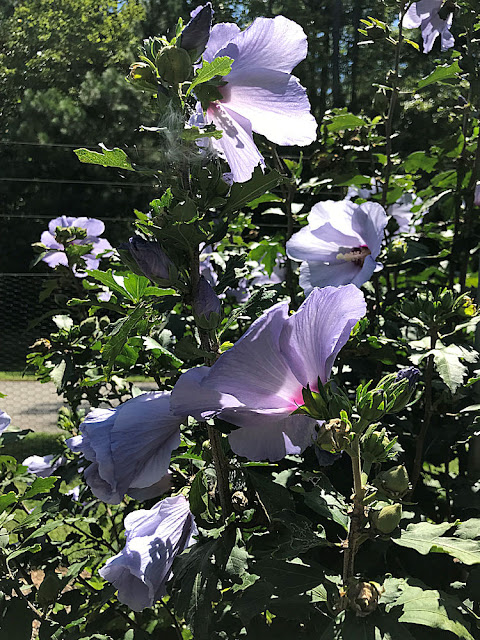 This is a Rose Mallow leaf well chewed on but thought it made an interesting photo. 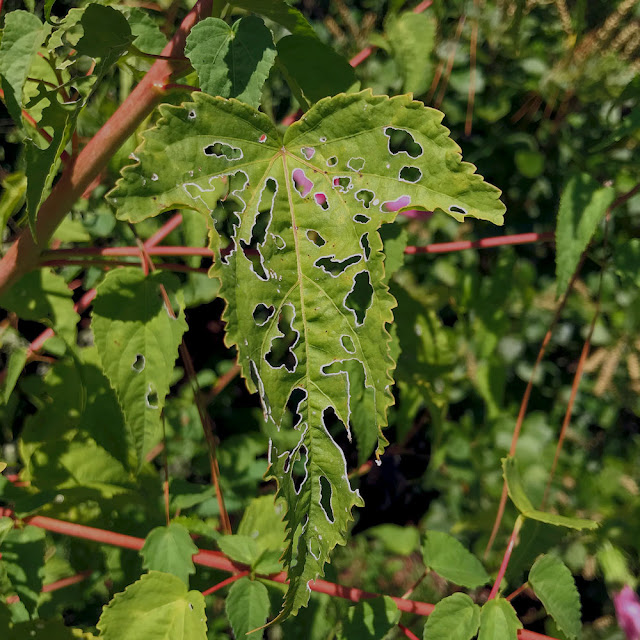 Always on the look-out for an interesting story, I found the following here. 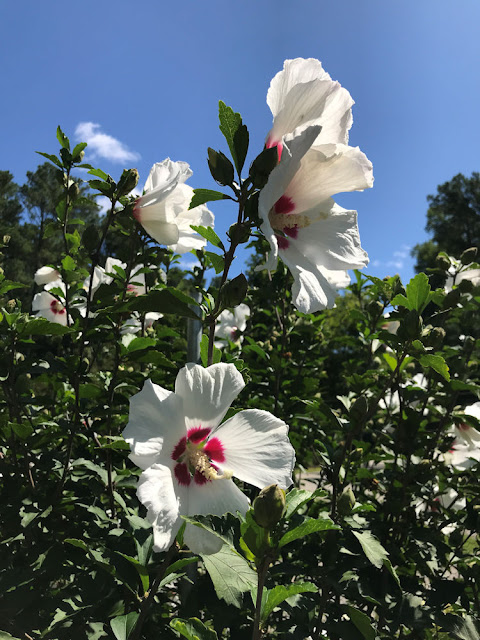 "Lady Jean Skipwith, a contemporary and friend of the great botanical record keeper Thomas Jefferson, wrote of her cultivation of the swamp-rose mallow, which would have grown in the swampy areas of Southern Virginia where Skipwith lived and practiced horticulture.  To this day, the swamp-rose mallow can be found along the banks of brackish and salt marshes and wetlands, preferring consistently moist soil and partial-to-full sun.  Its territory extends from Texas throughout the Southeast United States and North to Ontario.  A confection made since ancient times from the boiled roots of its cousin, Althaea officinalis, in Europe and Northern Africa, has evolved into our modern marshmallow." 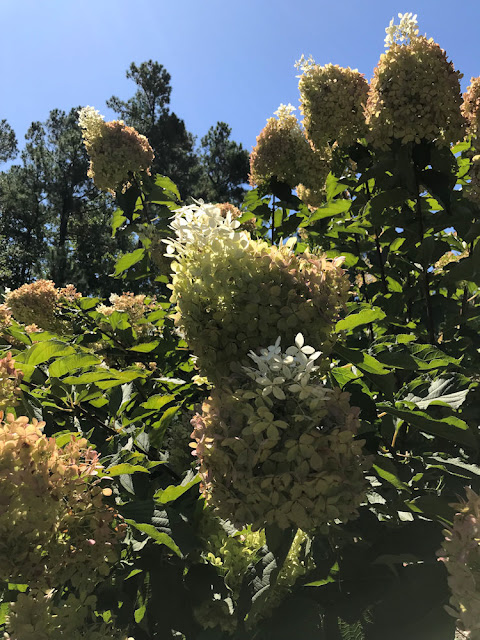 This lovely plant is called a Panicled Hydrangea, also known as Peegees Hydrangeas or Dwarf Hydrangea. 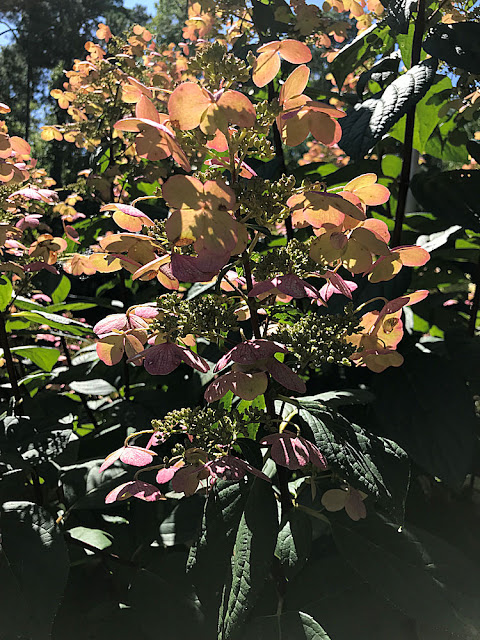 It is native to Japan and China, and is one of the more cold-hardy species of hydrangeas, and even a harsh winter does not stop it from flowering.  The blooms are large and greenish-white in color, which age to a "vintage pink" when the temperatures drop. 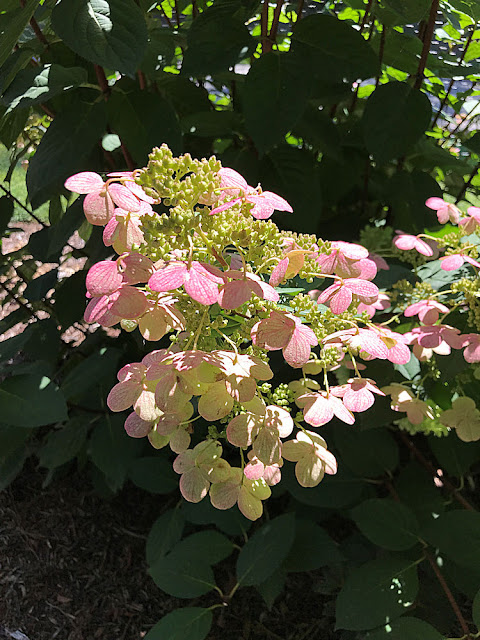 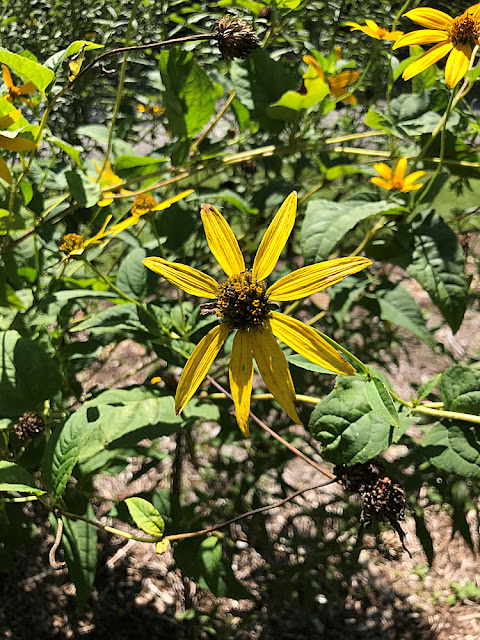 Marigolds, such a bright and cheerful flower. 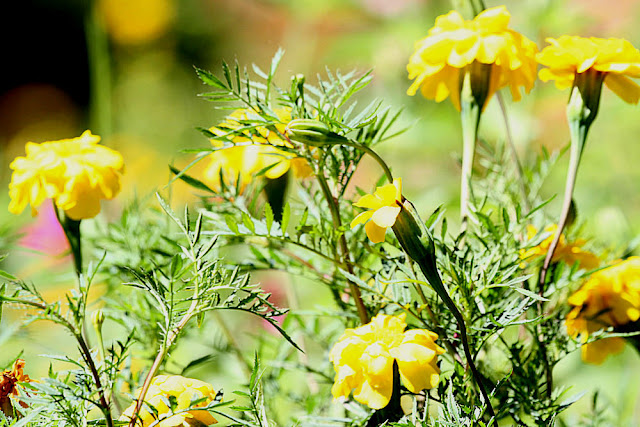 That's about it for now on our visit here.  I hope you have enjoyed the posts from Williamsburg Botanical Garden.