YOU ARE BACK? I THOUGHT YOU WERE HIBERNATING?

I really did think he was hibernating.  Today, when I checked the deck cam there he was.  I have not seen him since the weather started cooling down, but the recent elevation in temperatures - it got up to 60 degrees F. yesterday - he must have gotten a little confused. 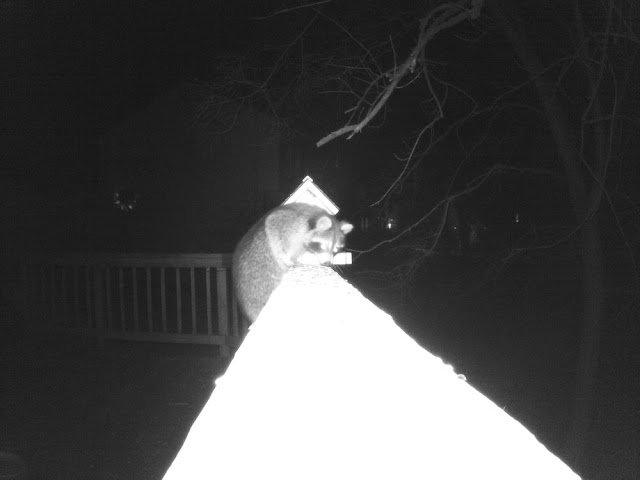 Today it reached 71 degrees F.  I expect he will be back again tonight. 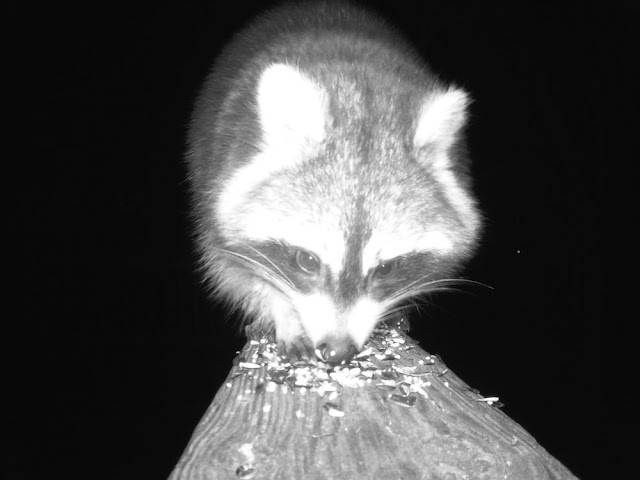 He's welcome for a couple of nights or so.  I expect once the temperatures go down again he will return to his den and continue sleeping through until spring. 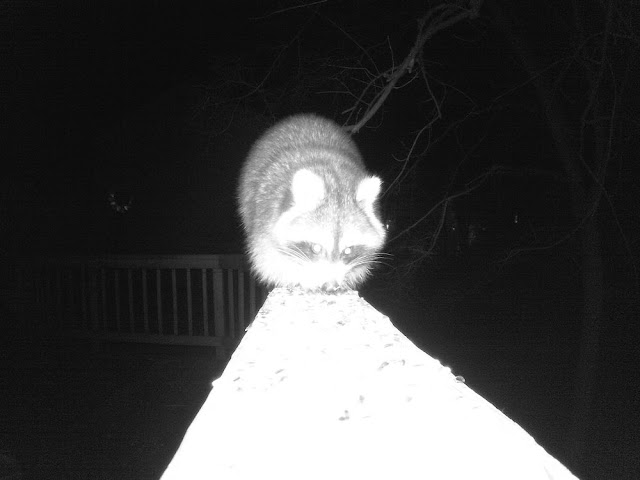 I know they can be a total pest and you have to watch out for rabies, but I have such fond memories of my first sighting of raccoons.  It was when I had lived in this country only for a few years.  I had seen them on TV growing up on Disney shows, the kind that had been given voices.  When we were in Monterey, California, at night they used to climb the trees up to our back deck when we lived in navy housing.  Along with our son and other kids in the neighborhood who were around three to five years' old, we all used to lie on our tummies with chins cupped in hands, studying them.  It was our very own nature picture show.  Raw eggs still in their shells had been rolled out before their arrival, and we watched as the delicate little paws of each raccoon grasped them and gently bit off the top of the egg.  They licked the contents clean and their tiny fingers swirled inside the shell to make sure nothing was left.  A story I have told before in the lifetime of my blogging.  But I think of those first sightings every time one appears. 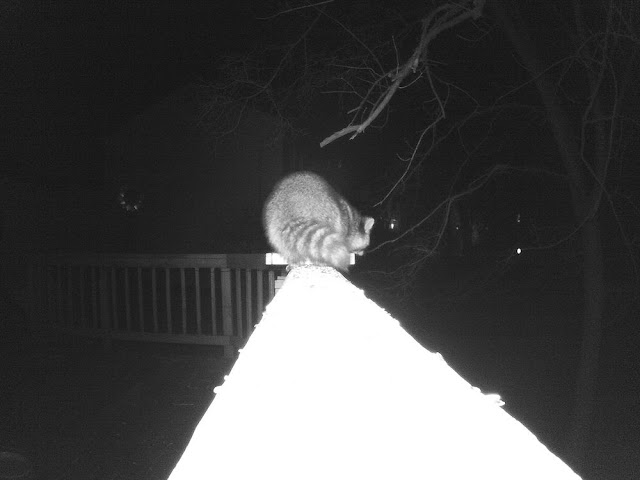 Bye-bye you little rascal.  Go back to sleep until springtime.  There will be plenty of natural food for you to eat by then.


Below are four mini-videos.  At the bottom of each video the date information and time is incorrect.  My batteries ran out and I forgot to reset the camera before putting it outside, same with the photos from the other day.  The photos and videos were taken yesterday, during the night and this morning. 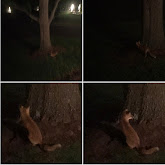