THERE WERE THESE THREE FOX CUBS.... 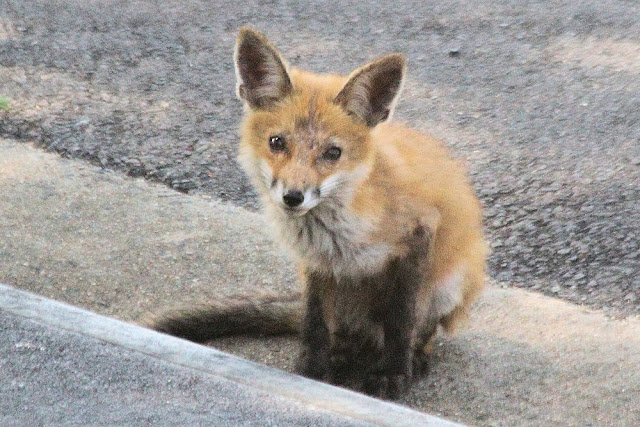 I had quite a surprise when I came home a couple of days ago, after running a few errands.  Three young Foxes were playing near the drainage ditch in the front of our house.  When they saw my car coming they ran into the ditch.  I went inside, grabbed my camera and patiently waited hoping they would appear again.

This is only the fourth sighting of foxes near our house in 24 years.  To say I was thrilled is an understatement. 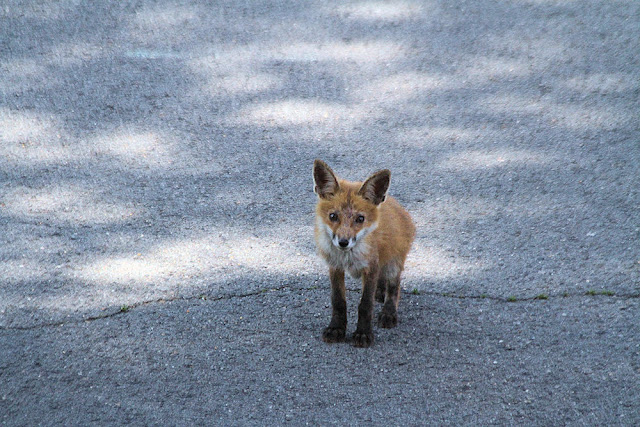 Not the sharpest pictures because they were still too far away and I cropped. 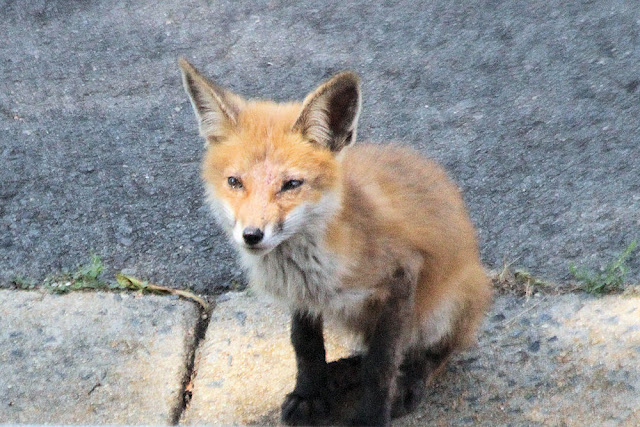 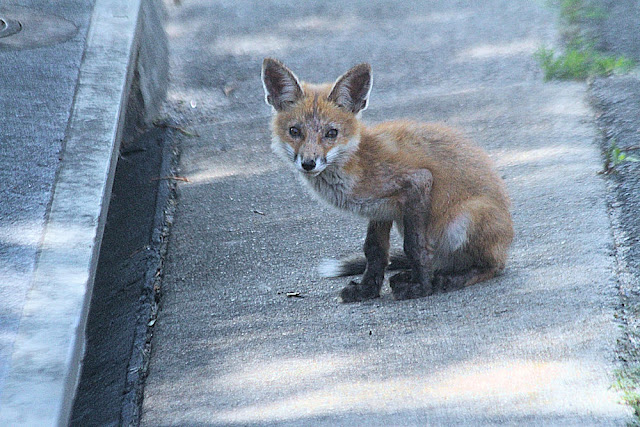 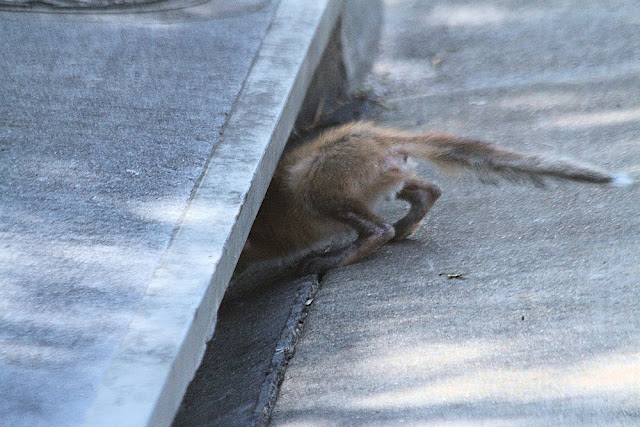 The braver of the three would come out first, and the other two would follow a couple of minutes later. 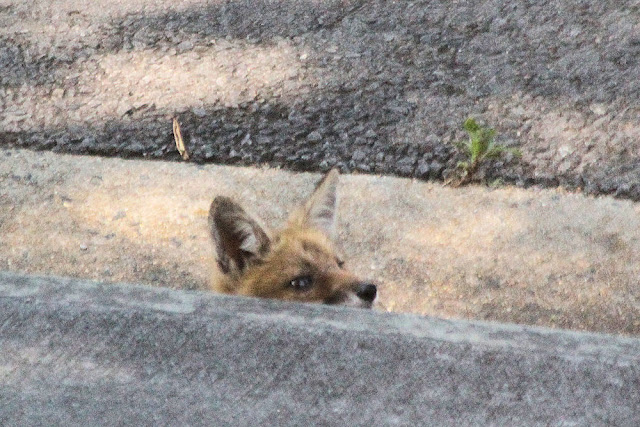 I wondered if they actually lived down in the ditch as they were scrawny and unkempt.   It seemed to me that they were waiting for someone, their mother perhaps.  Later I saw one of the siblings in the back garden, and I followed to see what he was up to. 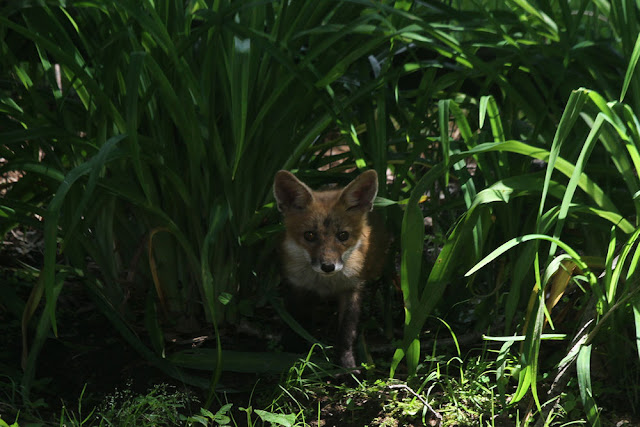 He waited and then ran off.... 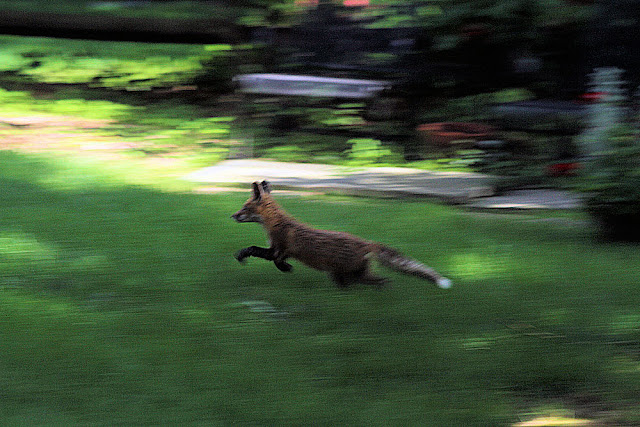 and eventually joined his siblings. 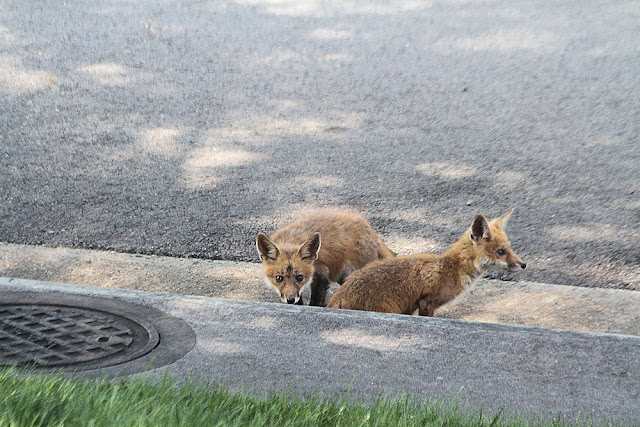 After one of those kind of days where it was very frustrating in part, this ended on a good note, it was a gift.  Funny how that happens isn't it? 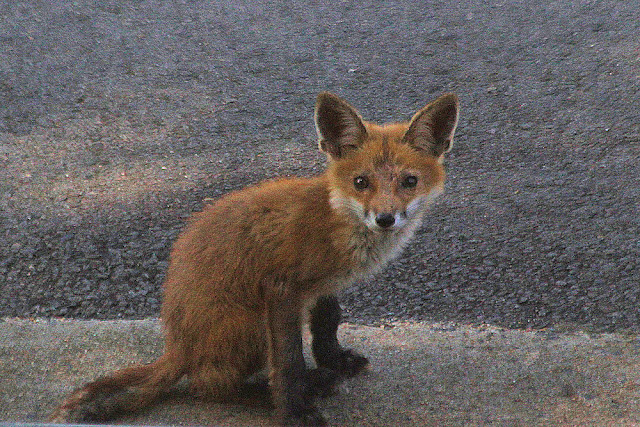 I wish I could transplant them to nicer accommodations, but hopefully their mother returned and took them to a less built up area. You can bet I'll be checking to see if they are still around tomorrow.  I expect their mother told them to stay down in the ditch out of sight but you know, cubs being cubs, they get bored and need to work off some energy. 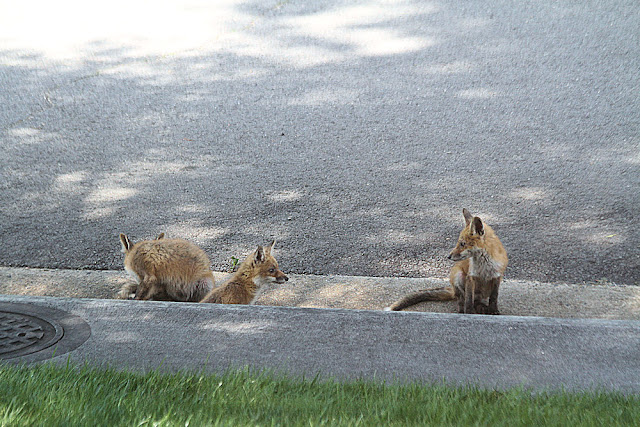 Added note: since writing this post I have seen them several times.  Their den is definitely in the ditch.  I went out to get the mail today and there were two of them playing.  One of my neighbors had also stopped her car to get out to take photos.  We had a nice chat about them, both very concerned for their welfare.   It is dark now and looking through the window I see them playing on the front grass.  I wonder how long they will stay?  I know nothing of the habits of foxes.

It is time to link with Eileen and Misty for Good Saturday's Critters and Camera Critters.  Thank you for hosting ladies.  To visit other participants you can click on the names below.