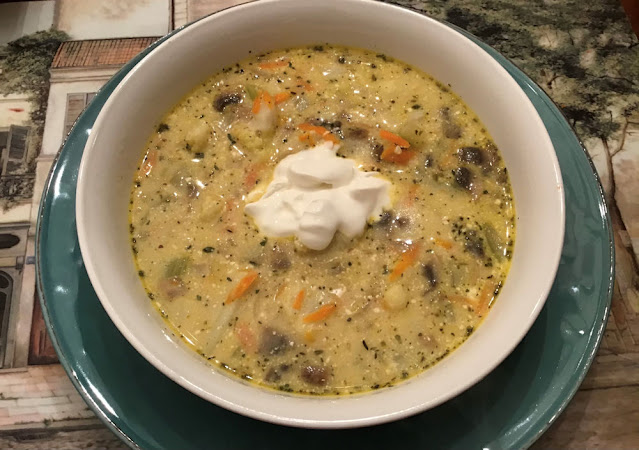 This was a great soup!  I found the recipe on Taste of Home. I will add the link later but if you type the recipe title below and add the website’s name in your search engine, you will be able to find the original.  People who may see the word 'cauliflower' and give this recipe pause for thought, hopefully will change their mind when they taste it, as my sweet other half did.  He finished the bowl and had seconds, and then gave it a ten out of ten.  The lady who made this soup is Carol and she comes from San Antonio, Texas.  Thank you Carol!

In a soup kettle or Dutch oven, sauté the onions, carrots, celery and garlic in 1/4 cup butter until tender.

Cover and simmer until the vegetables are tender, 30 minutes.

Meanwhile, in a saucepan, melt the remaining butter.

Stir in flour until smooth.

Gradually stir in the milk and whipping cream.

Bring to a boil; cook and stir until thickened, 2 minutes.

Remove from the heat; stir in sour cream.

Garnish with tarragon if desired. 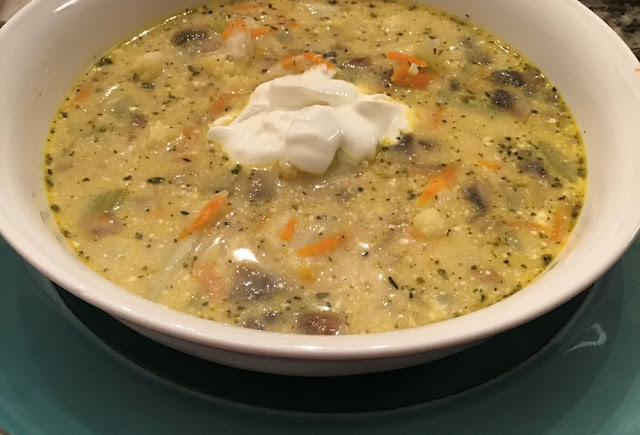 A definite keeper and if you make this, hopefully you will feel the same way.
I made a few changes starting with the amount of broth.
I ended up using more broth, two cartons containing 4 cups each, because I didn't want to leave any left over in the fridge and I was trying to free up space. Consequently I also used a tad more butter and flour to the mix.  When it seemed a bit too thick, adding a little more broth did the trick. Just add enough until the consistency is to your own taste.
I read the comments from people who had made this soup beforehand, and highly recommend doing that.  Someone suggested adding the cheese (about 1 cup of grated cheddar), which we did and it was delicious.
Another said this was a great way to get her kids to eat vegetables.
Another said puree your soup with either the blender or using a hand-held immersion blender.  We didn't do this but if you have kids or perhaps someone who isn't sure of those veggies, this would be a great camouflage idea.  We ate as is and had no problems, the taste was great.
There is quite a lot of butter used and one commenter said they replaced theirs with olive oil.  We didn't but we cut down in other areas.  That being said, it would probably make a delicious clear broth soup, with none of those extras of butter, flour or cheese,  and you might want a more heart-healthy ingredient to cook the vegetables.  I suggested trying this next time but one of us does not want to change a single thing.  When we make a meal for the first time, and this is part of the fun of making it together, we like to analyze our meals afterwards.  Fortunately we mostly agree on each other’s suggestions, but occasionally have a different opinion😊.
Instead of the whole milk and whipping cream, I used 2% milk.  It still tasted nice and creamy.
I had a container of mushrooms in the fridge needing to be used.  I chopped those up and added them in with the onion, carrots, celery and garlic at the beginning of the recipe.
I replaced the tarragon with thyme, simply because I didn't have tarragon in the pantry and I know we both like the taste of thyme.
We didn't add anything else, no bread or salad as it was hearty enough on its own.  It would go very nicely with a crusty bread, or even home made dinner rolls.  As there are lots of vegetables I probably wouldn't add a salad unless someone asked for it.
There are leftovers for a couple of days, and one of the commenters mentioned they always make a big batch of this soup and freeze it for another day.  We are in sync and my old Domestic Science teacher would have no doubt nicknamed me the Freezer Queen, as she already called me the Flour Queen, this after always rolling her eyes to the ceiling. 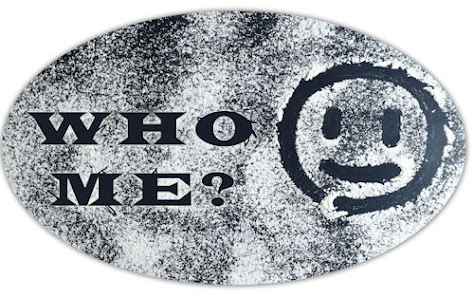 I chuckle at the thought now but oh dear, was I ever embarrassed at the time, covered in top to toe with flour.  She had a point and from then on in her classroom I was the Flour Queen.  I may or may not still have a problem with flour when I bake!
As I said at the beginning, this suited both our tastes and we gave it a ten out of ten.
Enjoy your week everyone and... 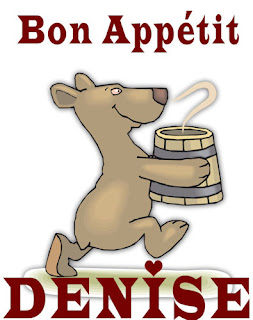