ANOTHER DAY IN YELLOWSTONE FROM AUGUST 2007 to be published later

These are more memories from our trip into Yellowstone back in August of 2007.  Information I have added, could well be outdated now but as recently as October 2020, I read that "Yellowstone provides summer range for an estimated 10,000 to 20,000 elk (Cervus canadensis) from six to seven herds, most of which winter at lower elevations outside the park." 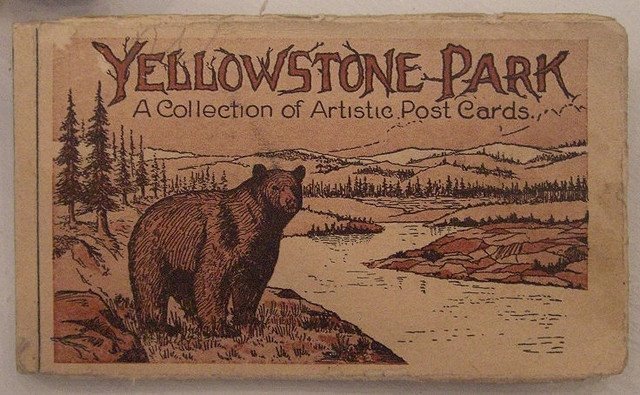 We didn't get to see any bears on this trip, but I found this lovely old postcard in a display case at the museum in West Yellowstone. 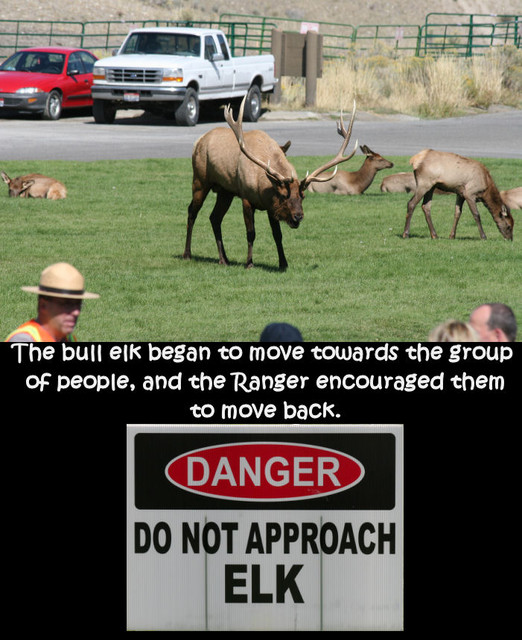 In Mammoth right in the middle of town there was a large grassy area where we found an elk herd. The Ranger told us they don't really encourage them to come into town but they are attracted to the greenest grass and here was a very large patch for them to munch on. I can still remember the sound the bull made when he bellowed, it was an awesome sound.  He looked formidable and we did not want to get too close while taking any of these photos, using our zoom lens. 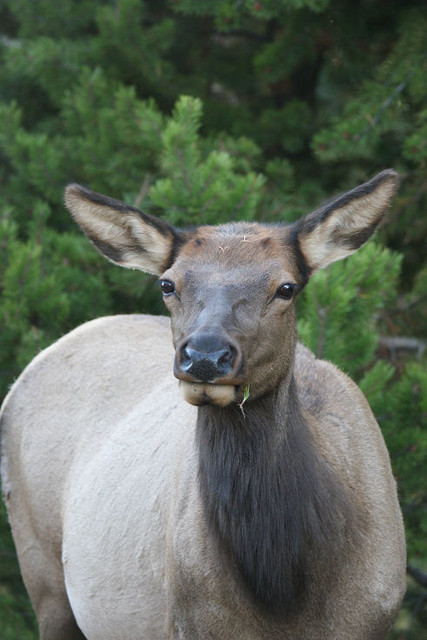 Not too far out of Mammoth there were three elk at the side of the road. I got a pretty good shot of one of them out of the window of our car as we passed by. 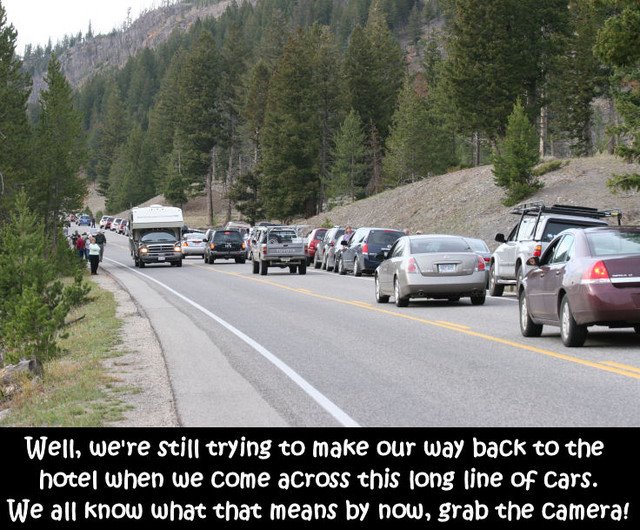 It's true, every time we saw cars backed up we knew we were in for an experience.  We found a spot on the side of the road and parked. 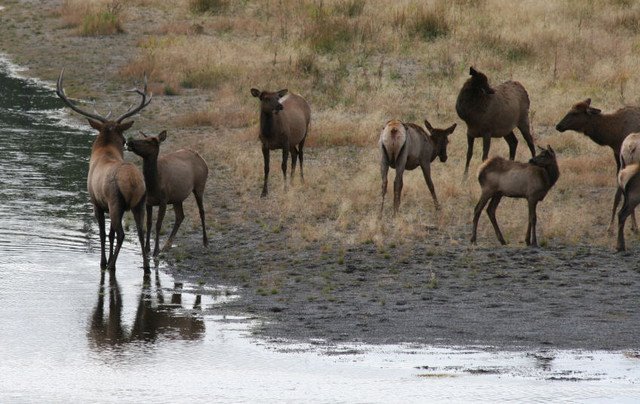 And here they were, a large herd. 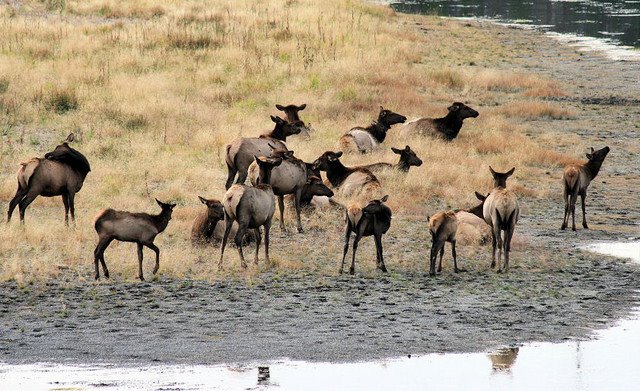 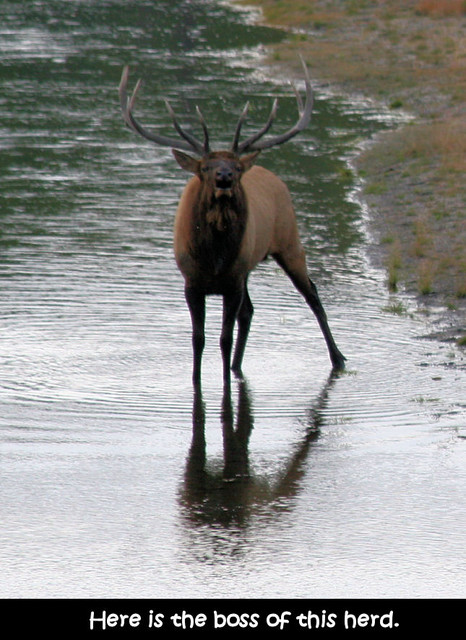 It wasn't long before we were joined by a Park Ranger. They are always there to make sure animals and people stay a good distance away from each other. 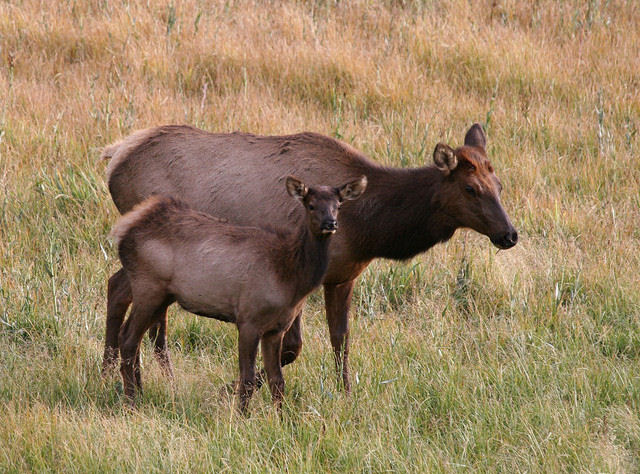 Case in point there were two photographers with very long lens' on their cameras but he still told them to move back up the hill. 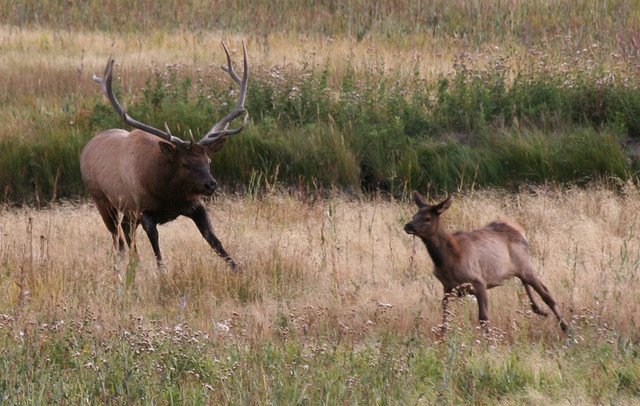 We could see the herd was moving closer to them and the ranger knew the bull would charge them. He told us to watch him. 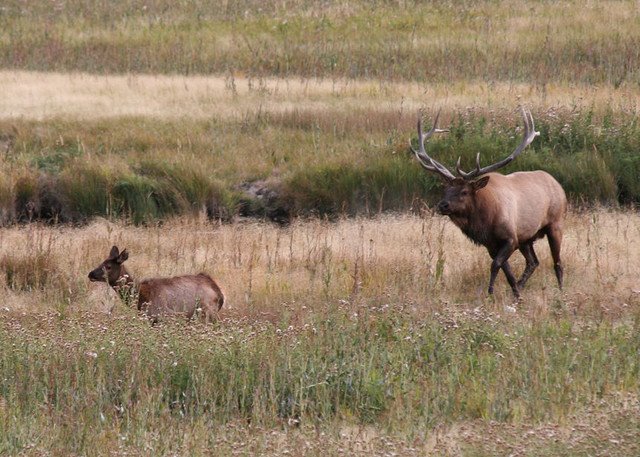 We learned that if any of his herd wandered a little too far away, as this young elk did, daddy would round them up to keep them close. 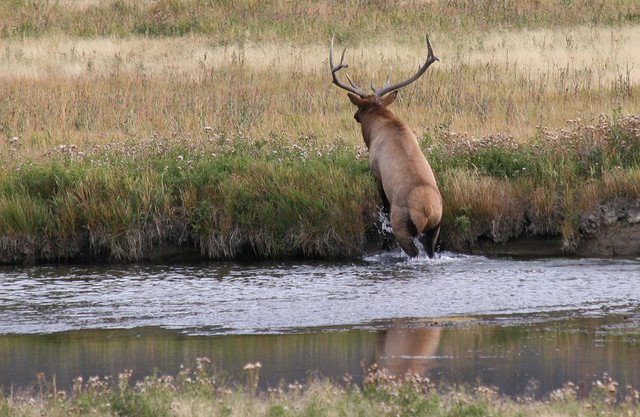 The Ranger also told us that the young males once they reached a certain age would be run off, to eventually start their own herd. 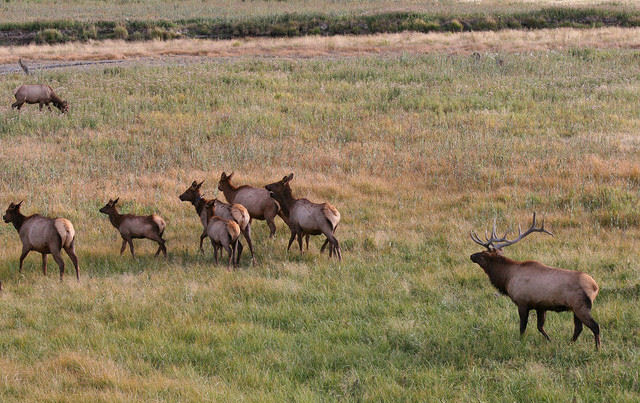 I read that elk are the same species as the 'red deer' in Europe.  Some Europeans use the term 'elk' for moose.  To avoid confusion, elk in North America are often referred to by the Shawnee name Wapiti. 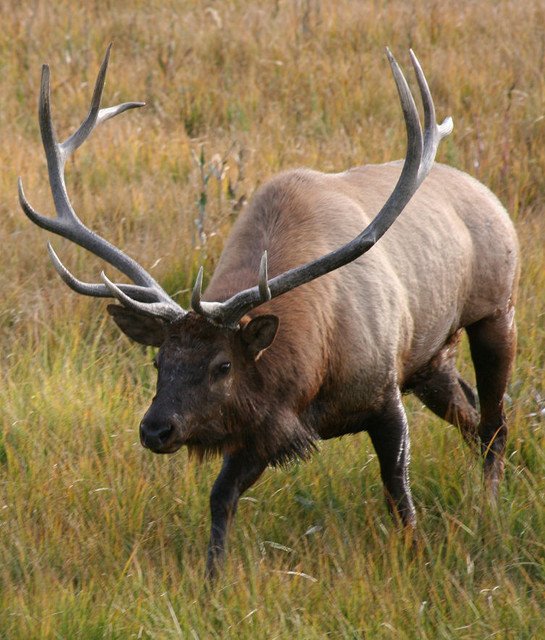 More interesting facts about Elk can be found here. 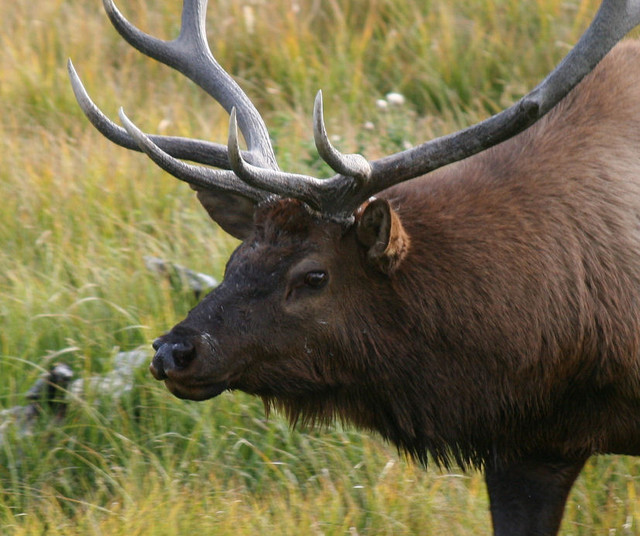 For anyone who has a great love of wildlife and for nature in general, and I know those of you who have also visited can attest to, Yellowstone is an incredible place to visit. 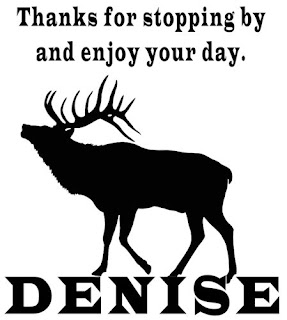