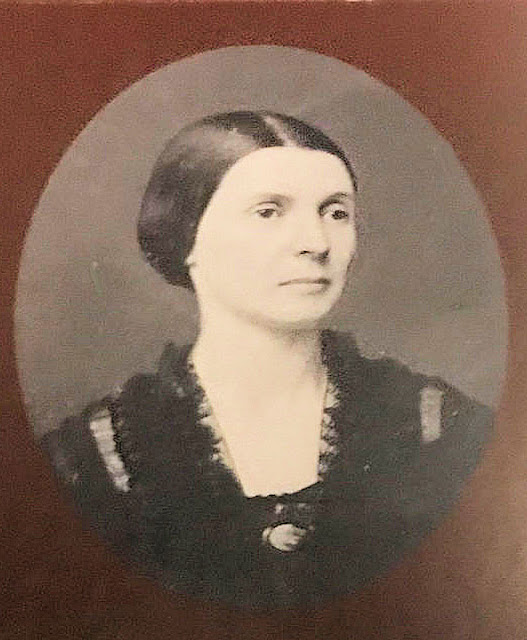 Whenever I find myself visiting museums, such as the one on our trip to Gettysburg, the old photos always interest me.  I look at the faces, the expressions, their costumes, jewelry, background if there is something more than just a photographer's plain backdrop, even the frames that hold them.  At each photo is a snippet of history.  (My dear Mother always said I was a curious child and always found me with my head in a book.)

"Rose Greenhow, Spy - Rose Greenhow was a well-to-do widow in Washington D.C., and a Confederate spy.  Confederate president, Jefferson Davis, once said that one of her secret messages won the Battle of First Manassas."

I found this intriguing and did some research when I got home.  Rose Greenhow was a widow and a very well connected socialite, who ardently supported the south.  She knew the likes of John C. Calhoun, seventh Vice President of the United States from 1825 to 1832, and James Buchanan who was the 15th president of the United States, from 1857 to 1861.  She used her connections to pass on key information at the start of the Civil War.

In early 1861 she was given control of a pro-Southern spy network in Washington D.C.  The war began in April of 1861.  Jefferson Davis credited her with ensuring the South's victory at the First Battle of Bull Run in late July 1861.

When the Government found out that information was being leaked, the trail led to her.  She was put under house arrest by Allan Pinkerton, a Scottish-American detective and spy, after finding incriminating evidence at her home.  Allan Pinkerton was well known for establishing the Pinkerton National Detective Agency.

Rose was eventually sent to Old Capital Prison where her eight year old daughter, also called Rose, was allowed to stay with her.  The prison mainly housed political prisoners.  She was never subjected to a trial and eventually released from prison in the summer of 1863, when she was deported to the south.  President Jefferson Davis sent her as a courier to Europe, where she also gleaned sympathy for the Confederacy from many of the European aristocrats.  There were also strong commercial ties between Britain and the South.  She had audiences with Napolean III and Queen Victoria.

In 1864 Rose left for the Confederacy carrying dispatches.  (Her daughter stayed behind in Paris, where she had been attending the Sacret Hearts Convent.  Little Rose eventually returned to America in 1871, married a U.S. army officer, later divorced and returned to France.)

Her mother sailed on a British blockade runner called the Condor, which ran aground off Wilmington, North Carolina.  Fearing imprisonment she took a rowing boat to shore.  A wave capsized the boat and Rose Greenhow drowned, weighted down with $2,000 of gold coins hung around her neck and also sown into her underclothes.  These were the royalties from a memoir "Imprisonment", which she had written while in Europe.  She was honored with a military funeral and on her gravestone read, "Mrs. Rose O'Neal Greenhow, A Bearer of Dispatches to the Confederate Government."
I found the above information here and here.  There is a lot more than shown in my post if you are interested. 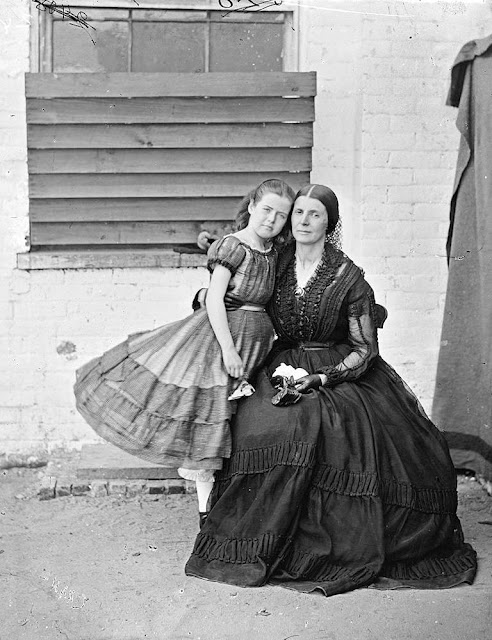 The above photo I found online shows a photo of Rose and her daughter, Little Rose,  while in prison.  More of Little Rose's story can be found at this link.  I didn't find anything else about Little Rose.  My only hope is that she lived a happy life in her remaining years.