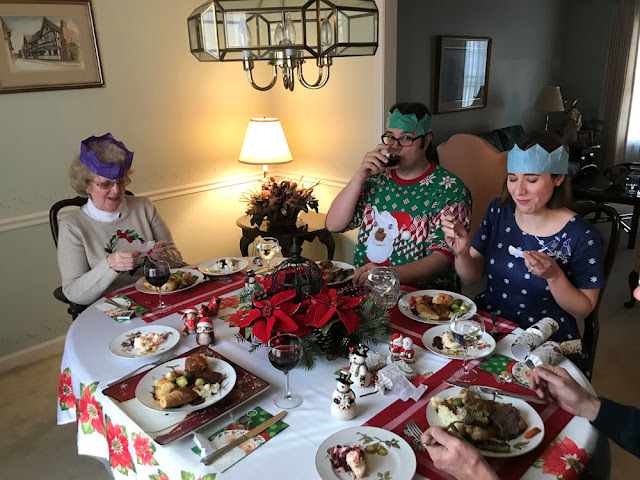 As our son and daughter-in-law were off to spend time with her parents, we tend to eat an early meal.  It was served at 1.00 p.m.  I have to say how much we appreciate that they start their day with us, and then go over to d-in-l's parents, to eat another traditional meal in the early evening.  They share their company and we appreciate it more than words can say.  They have done this for many special meals over the years.  Our friend had baked and brought with her a collection of Christmas cookies and sausage roll bites, also a salad to go with the main meal, and a Sticky Toffee Pudding for dessert. All delicious and recipes were asked for.  Our traditional meal is a Standing Rib Roast with Yorkshire Pudding, Potatoes, Carrots and Parsnips which are roasted around the beef.  We also served asparagus and Brussels sprouts, and yes ate leftovers for a while!  I never did get around to the Green Bean Casserole I intended to make.  There was also a Yule Log to go with the dessert. 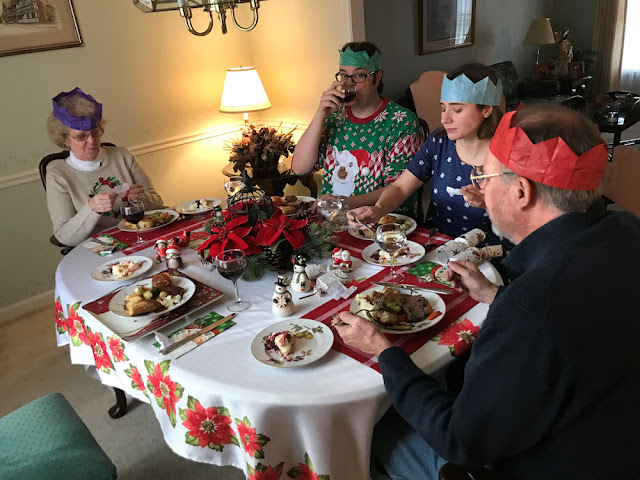 Since childhood I have known the tradition of Christmas Crackers, and you can find them fairly easily over here now.  I found mine in World Market.  A very interesting history of how these came to be can be found here.  Ours were very strong this year as they gave a loud pop when pulled.  If you pull hard enough, what ever is inside can go flying across the floor or the table!  Inside are paper crowns, party favors and jokes and riddles, which were read as we started eating our meal. 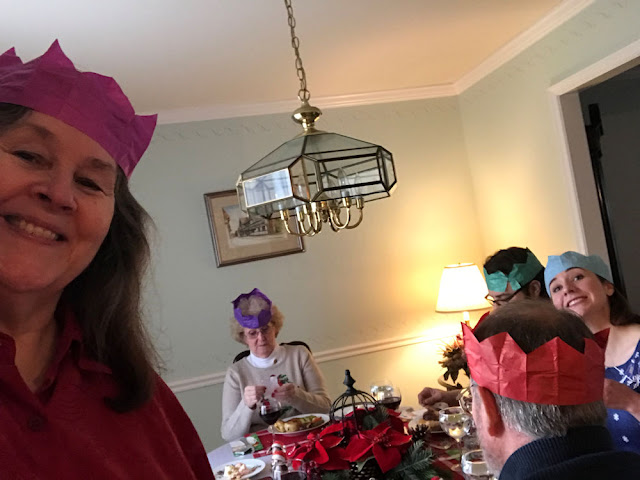 I am putting the cart before the horse as first of all we exchanged gifts. 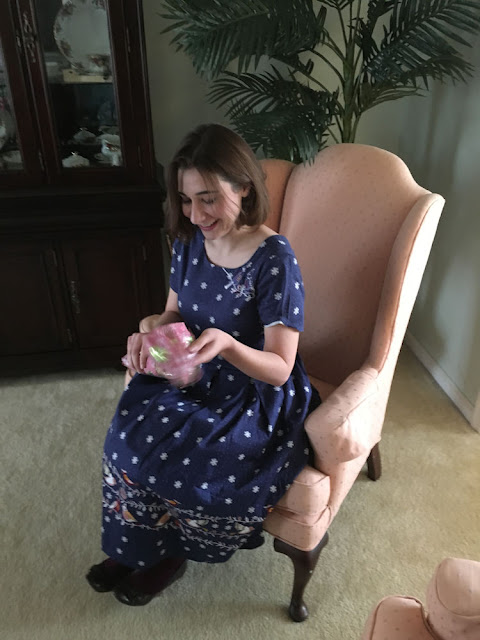 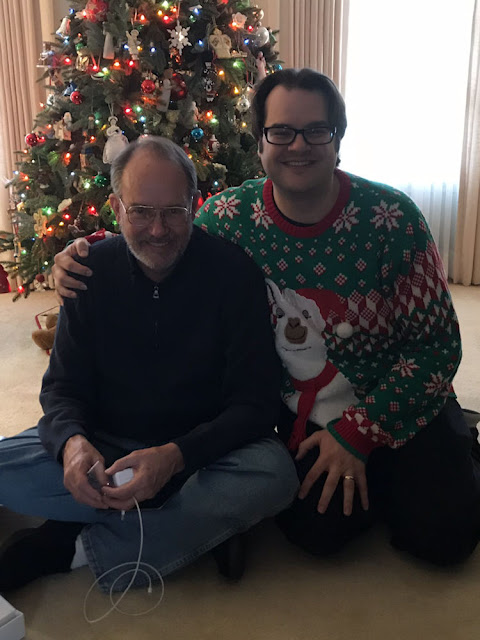 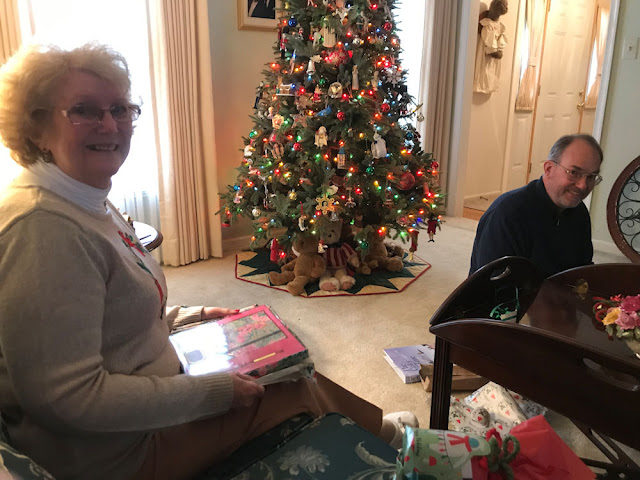 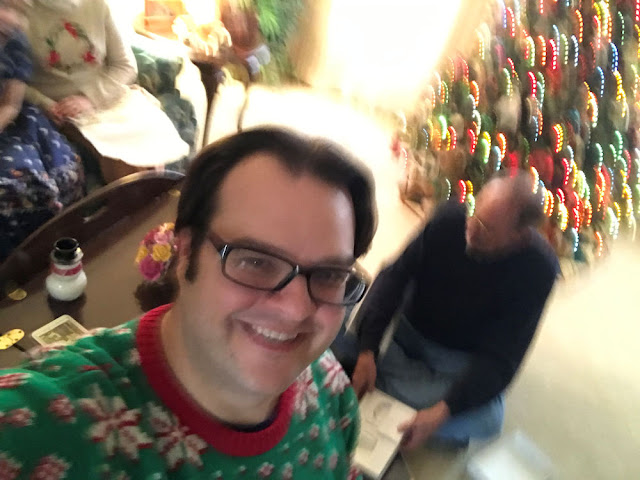 The tripod is over there in the corner, mother says! 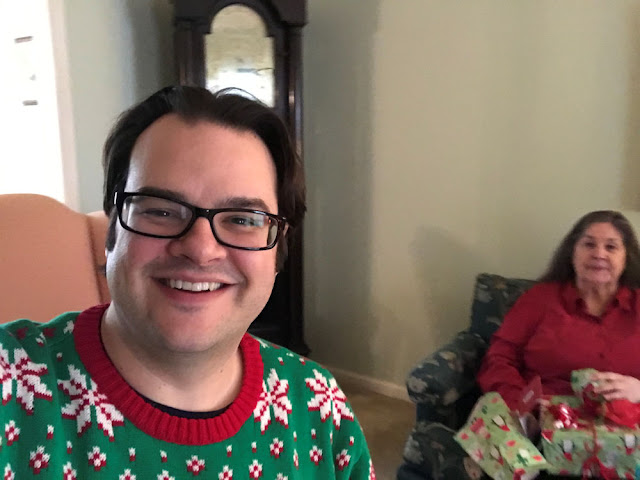 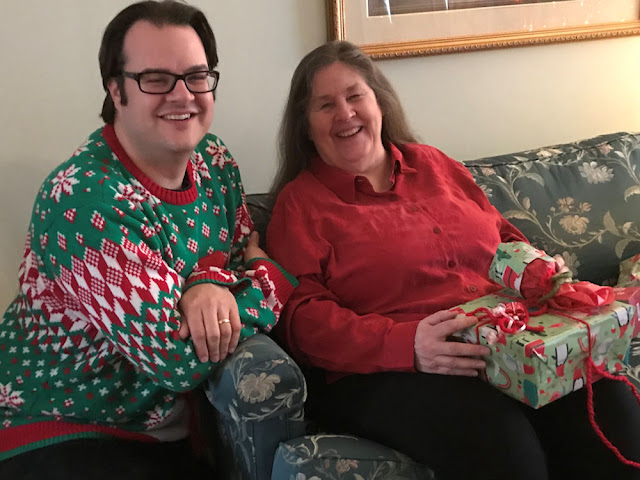 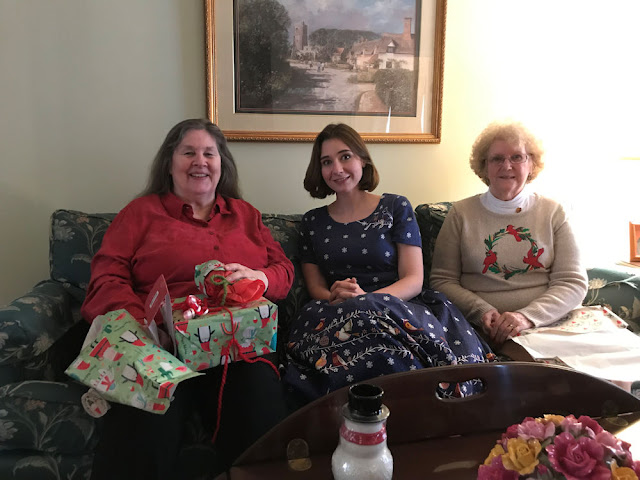 And finally, after several photos were taken by various family members... 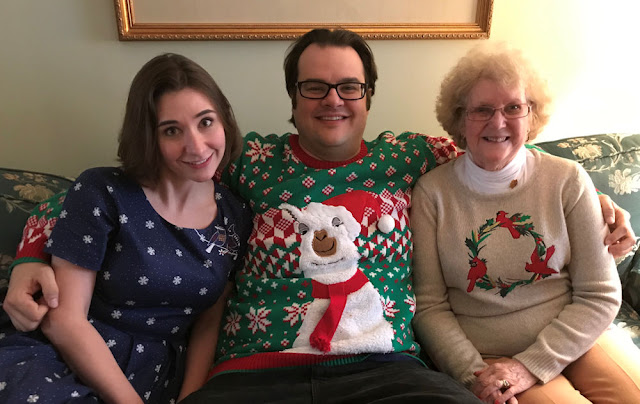 we used the tripod.  The one below made me laugh.  His Dad and I gave son advice, patiently waiting as he set things up and watching as he quickly walked around after he set the timer. 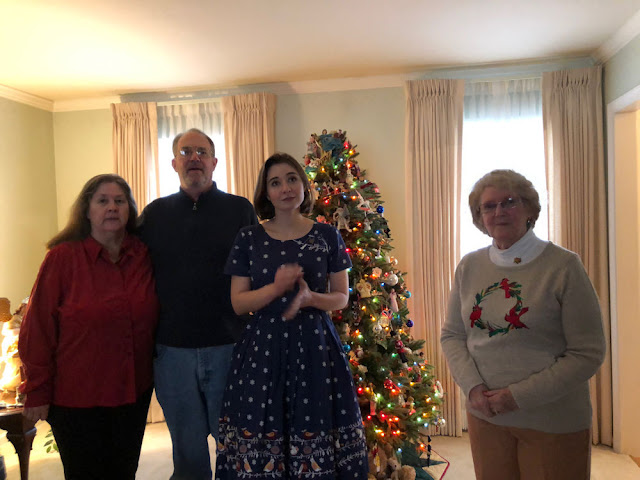 We took several and this was the best one of the lot. We were all staring at the camera and no eyes were closed.  Thank you son! 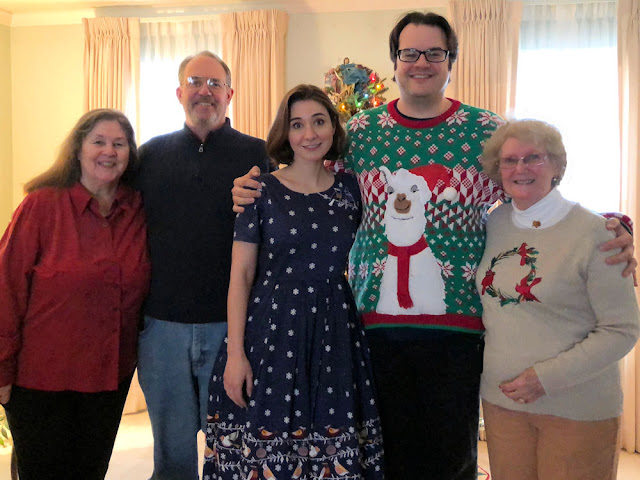 This is the last of our Christmas photos, until next December.  It was as always a very special day.

Thanks for stopping by.